When we arrived there were only two caravans on site and the most at any time over the weekend was six, so not exactly busy.  There must be about 40 pitches in total.

So plenty to choose from, which is never a good thing for people as indecisive as us.  The first one was a bit sloping so (after the usual argument) we hitched up again and moved to another which was much better.  Luckily not many people around to watch the poor display of reversing! 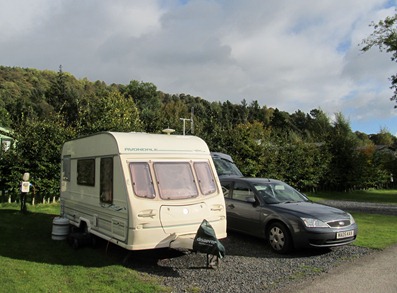 Not massive pitches, but no awning this weekend so okay.

After setting everything up we walked into Pooley Bridge for a look around and a quick drink.  Just one, because the plan was to drive to Haweswater to catch the sunset. 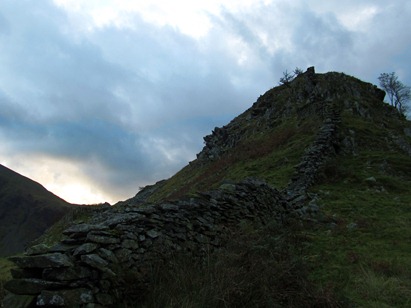 At the bottom of Rough Crag, not a great sunset today.

Stayed in the caravan in the evening, reading and listening to the radio with the heating on full.  Quite a cold night!

A really nice autumnal day with plenty of blue sky and hardly any wind.  perfect for walking. 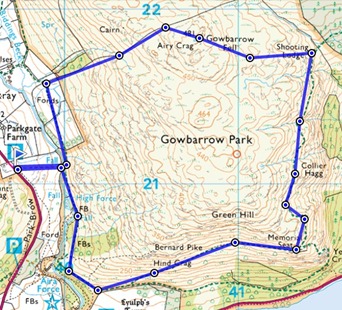 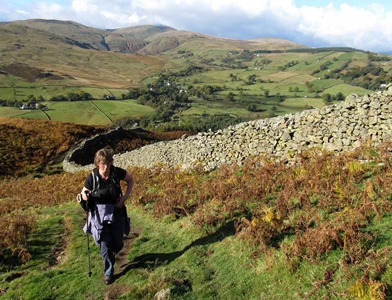 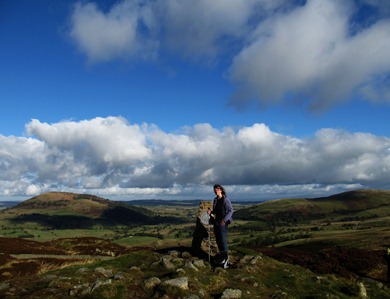 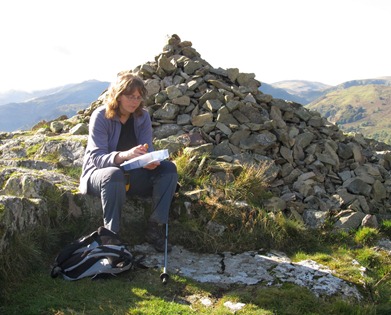 J enjoying a sandwich by the cairn at Memorial Seat

A really enjoyable, short walk.  Lots of people around when we got to the tourist attraction of Aira Force, a spectacular waterfall, but not many on the fell itself.  There are some quite reasonable pics in the gallery.

Stopped off at the Brackenrigg Inn on the way home and it was (just about) warm enough to sit outside and watch the world go by.

Walked down into Pooley Bridge in the evening and had a drink in a two of the three pubs.  We couldn’t get into the other one…too full.

Another cold night, colder than the previous one it seemed.  D disconnected the water pump and brought it inside, just in case.

Left early and got back to the storage site in record time after an uneventful journey.  Drained all of the water out of the caravan, I bet we get a hot, sunny spell now!

A really good trip.  What a difference the weather makes.

We are on holidaying in Lanzarote in a couple of weeks, so no more caravan trips before then.  We might try to get away in the caravan mid November, weather permitting, otherwise it will probably be next year.

Posted by Our Caravan Blog at 19:35 No comments:

Our second visit of the year to the sleepy village of Ravenglass. 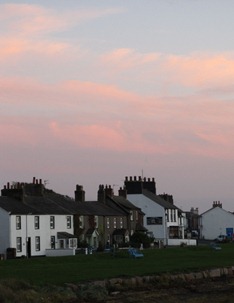 As has been usual this year, a not very good weather forecast with high winds and rain expected for much of the weekend.

Arrived about 2.30 to find the site about a quarter full, so plenty of pitches to choose from.  We chose pitch number 3, which backs onto a field full of sheep, and looked on as the very helpful wardens spun the caravan around for us. 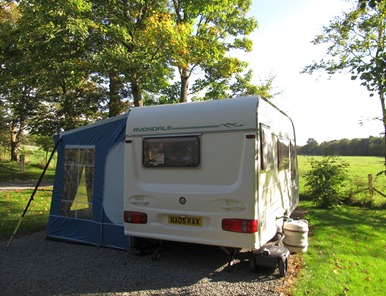 Everything set up, we decided to drive to Wasdale for a drink and dinner at one of our favourite pubs in the area – the wonderfully remote Wasdale Head Inn.  It rained heavily on the way, but the reward was a magnificent rainbow. 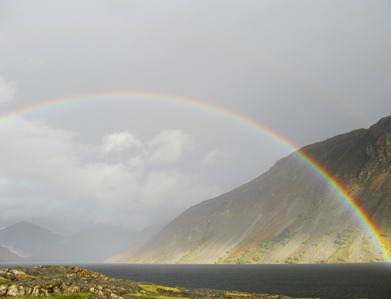 Had a wander around the lake and took some pics. 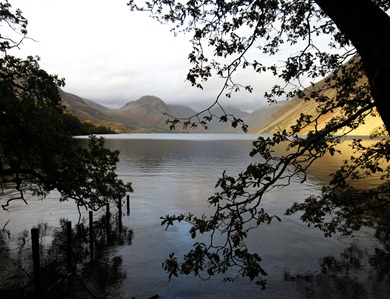 No summits today as we were both recovering from colds!  Instead a walk following the river Esk upstream from the foot of the Hardknott Pass.  About 7 miles in total. 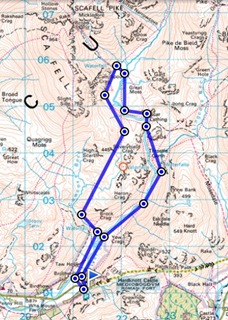 Very muddy in places, which is hardly surprising after all the recent rain, but a pleasant enough walk with only a couple of showers! 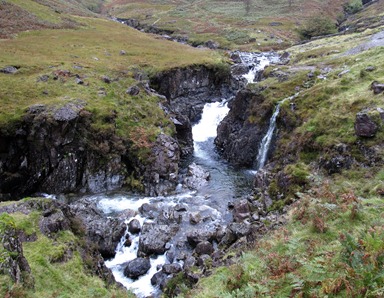 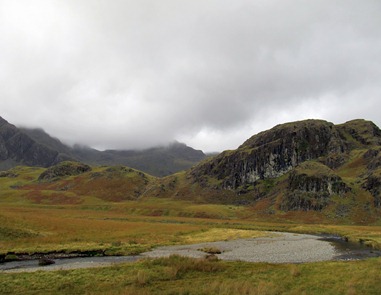 No summits, so no pics of one or both of us posing at the top, instead here’s a pic of J atop Lingcove bridge. 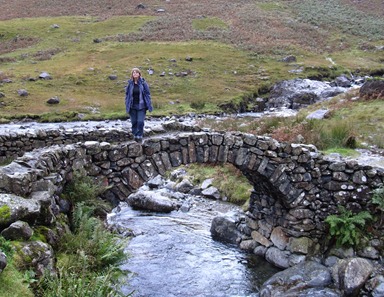 Stopped off at the Eskdale show on the way back and, as is usual for us, spent loads of money on sweets and cakes.  The highlight was probably the countryside version of Crufts. 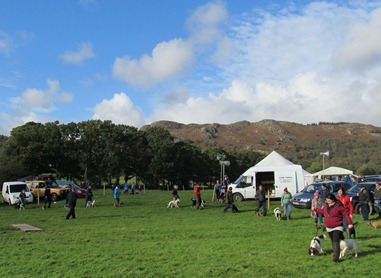 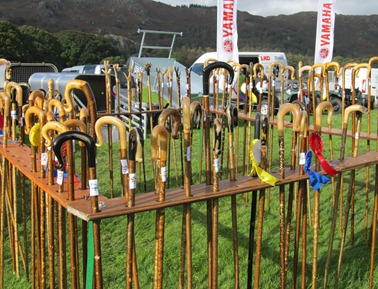 Popped into Ravenglass in the evening for a drink at the Holly House Hotel, the only other occupants being a group of men in the back room, the barmaid/owner, her young daughter and their dog.  Didn’t stay long as the small child was allowed to climb on the windowsills and fireplace whilst her mother read her newspaper!  The other pub in the village, the Ratty Arms, was full and we couldn’t find anywhere to sit, so it was back to the caravan for a bit of reading and music before bedtime.  The site was incredibly quiet, unlike our last trip.

Weatherwise, this was to be the worst day of the weekend, with lots of wind and rain until early evening.  We needed something to do indoors, so we visited Muncaster Castle in the afternoon.

As we were looking in one of the bedrooms an elderly man appeared from a door in the corner, said hello and disappeared through a door in the opposite corner.  Turns out it was Lord Pennington himself.  Apparently his bedroom is next to the one we were looking at, which is where he came from, and his toilet is behind the door he disappeared through!  So it seems the rooms the family live in are mixed in with the display rooms.  Strange! 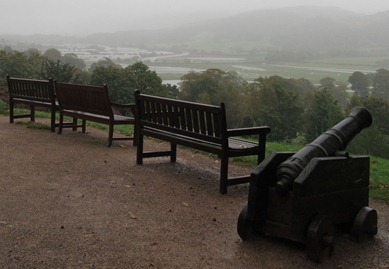 View of flooded Eskdale from the castle

The owl sanctuary is always worth a visit, although none were flying today due to the weather. 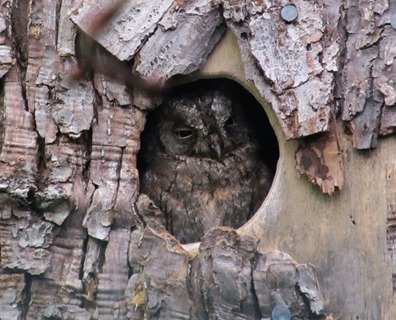 The weather cheered up in the evening and we (well, D) even managed to sit outside the caravan for a while. 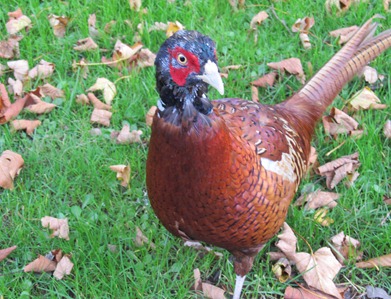 A visitor to our pitch and the reason we had no bread left for toast the next day!

Dinner in the Ratty Arms after a few sunset pics… 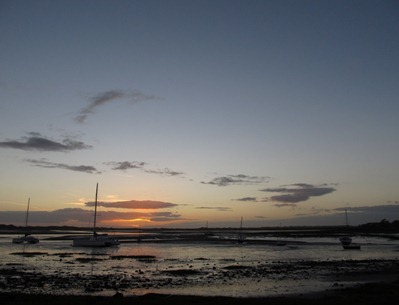 The Ratty Arms was back to normal tonight, with only us and one other couple in!  Just the way we like it.

Luckily it wasn’t raining when we put the awning away, although it did just after as we were scratching our heads and wondering how we could turn the caravan around.  It was actually much easier that expected, so we needn’t have worried.

All in all a good trip, despite the bad weather, which has been a feature of pretty much all trips this year.  There are some more pics in the gallery.

Nothing planned, but hopefully a trip mid October if the weather is okay.