After a break of a couple of weeks, it’s back to one of our favourite sites, the C&CC site at Windermere. 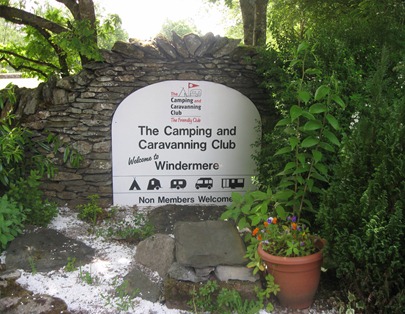 We’ve reviewed this site a few times and there’s nothing much to add, except it seemed very full this weekend. Never had to queue for toilets and showers, though, it just seemed a bit noisier than usual.

On arrival we were allocated a pitch near to the camping field at the back of the site.  A new part of the site for us!  Is it a bit snobbish not to want to be near the campers? When we used to camp, we always felt inferior to the caravanners.  Now we’re just beneath the static owners! 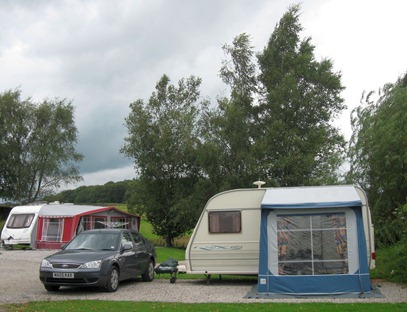 Awning up, it was off to Staveley to check out the Hawkshead Brewery Beer Hall.  Took shelter in the Eagle and Child on the way when it started to rain!

The Beer Hall is a well worth a visit.  Plenty of space and seating, all Hawkshead brewery beers on tap, a view of the inside of the brewery.

They do ‘Beer Tapas’ a great idea if you’ve already eaten but a bit peckish later on in the evening.  They do lots of little snacks for around £2 each

Just a pity that D wasn’t really keen on any of their beers! Tried several, but beer of the weekend was Corby Blonde (Cumberland brewery) in the Eagle and Child. J wouldn’t try a single beer, but they did Lakeland Lager for the unadventurous!

The other pub in Staveley has re-opened, too, so with three to choose from this village is looking a pretty good bet.  And we even found a short cut across the fields, albeit a bit muddy and probably too difficult in the dark!

Got back to the caravan just as it got dark.

Set off quite early to Grasmere, to do a bit of walking and then have a look around the village.  Grasmere is one of our favourite Lakeland villages, not too touristy but not too quiet either.

A bit of a debacle in the car park due to an out of order ticket machine.  As everybody else stuck bits of paper saying “machine not working” to their windscreens we headed for another car park a bit further away!  Are we too honest? More likely scared to get a ticket!

The objective of the day’s walk…Blea Rigg, 541 metres.  About 6 miles via Easdale Tarn, although it turned out to be a bit longer as we got a bit lost on the way back!  Don’t think we were the only ones as we saw another couple following us pretty much all day. 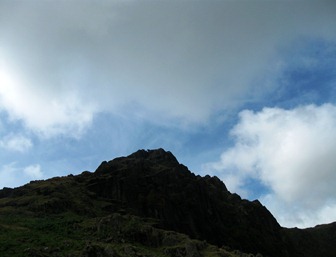 Managed to get quite close to the waterfalls of Sour Milk Ghyll on the way to Easdale tarn.  There are more pics in the gallery. 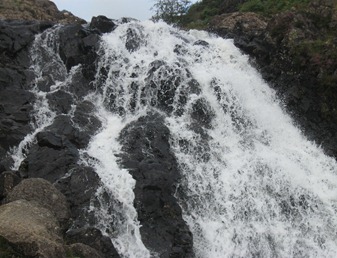 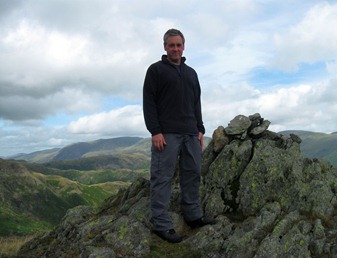 Afterwards, tea and cake in the village and a quick pint in Tweedies bar, then it started to rain and continued to do so for the rest of the night!  We stayed in the caravan listening to Absolute 80’s radio!

Which is when we discovered that the problem of water pooling in the awning roof has returned!  Nobody seems to know what to do about this problem, with suggestions ranging from an upturned broom to clearing it away at half hourly intervals!  I think we we will try an additional roof pole!

Nothing planned for the bank holiday weekend, then our first trip of the year to the Peak District…Castleton.

After our longest caravan trip ever, followed by a day trip to Blackpool, it’s off to Yorkshire for a two night stay at the Wharfedale Caravan Club site.  A new site for us. 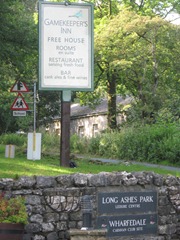 On arrival, the warden seemed very friendly but straight away launched into a lecture about the dire consequences of exceeding the 5mph speed limit.  No warning, we would just be asked to leave and possible suspension of our CC membership.  A bit over the top, we thought. 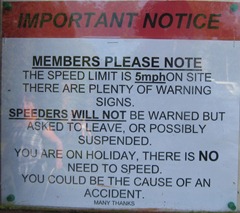 So very slowly we crawled around the site a couple of times until we found a good pitch.  It’s very hard to maintain a steady 5mph! 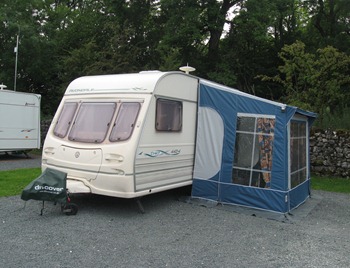 After setting everything up we strolled into Grassington for the customary post setup drink, but opted for tea and a scone first.  J very pleased because they had plain scones, she hates the ones with fruit in.  Tried one of the pubs in the high street afterwards but D not keen on the beer.

Tried the onsite pub in the evening, but like all onsite pubs it seemed to be full of rich static owners bragging about their latest cruise!  Later we tried another nearby pub, which was much better.  D not keen on the beer here either!

Drove into Skipton in the morning and had a wander around the town and along the canal. 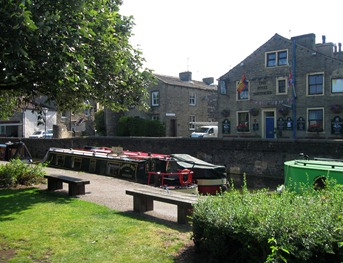 Fabulous sandwiches from a small bakery near the town centre for lunch – Mediterranean tuna for D and turkey, stuffing and cranberry sauce.  Very tempted to get more, but we resisted.  Also bought some cheese and a couple of award winning pork pies for later.

Had a quick drink in the Castle Inn and D discovered his beer of the weekend – Sunchaser Blonde from Everards brewery.

In the evening we went for a short walk around Conistone, climbing up onto the impressive limestone pavements that seem to be everywhere around here. 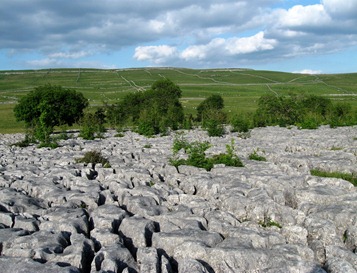 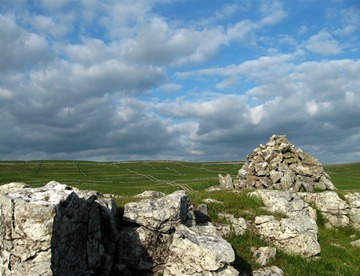 Nice scenery, we will do a longer walk next time we visit this area.

Popped into Grassington on the way back for a quick drink in the Forresters Arms, but ended up staying for a pizza.  Two drinks for D, so J had to drive back.  J not too good at maintaining 5mph without worrying about stalling.  Luckily she had a tipsy passenger frantically pointing out she was hitting 7mph!

Set off early, which meant J could listen to all of The Archers and then Desert Island Discs.  Danny Baker this week click here to listen  A good selection of songs that bought a smile to our faces, his favourite song of all time a Bernard Cribbins song!

Don’t be put off by the rant about speeding, this is a nice quiet site and one that we will probably re visit in the future.

A couple of weekends at home, then we hope to get away mid August if we can find anywhere that isn’t full!