Third new site of the year 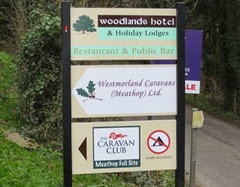 It’s a new site after new site this year.  This time, Meathop Fell CC site.  A really good site, but just a bit too far from anywhere for us.  We like sites with nice pubs within walking distance, something this site does not have, but more about this later.

Lots of traffic on the M6 today made the journey take longer than it should have, but we still arrived early and had plenty of pitches to choose from.  The site seems to be split in two, with families one side and couples the other.  We chose the couples area, which seemed to be much quieter. 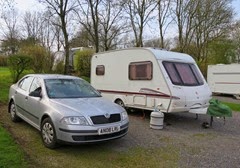 After setting everything up we tried to have a look around neighbouring Woodlands static caravan park and got chased by their not very friendly wardens.  To be fair, we did ignore several private property signs!

We continued to nearby Lindale, which took a lot longer than it should have because we missed a public footpath shortcut.  Two pubs in Lindale, one was shut and the other just didn’t look very nice, so it was a long walk in warm weather for nothing.  Instead we drove to Cartmel, which is a really nice village with a couple of nice pubs.  We had dinner in the Kings Arms.

Got back to the caravan about 8pm and stayed in for the rest of the night. 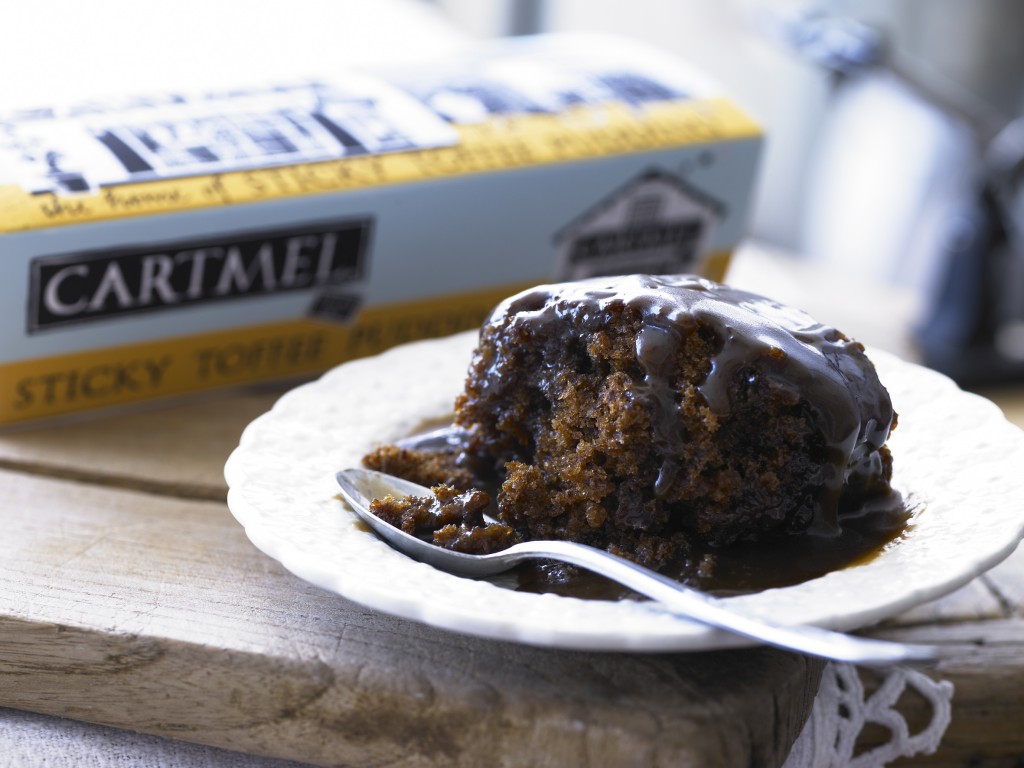 You can’t go to Cartmel and not buy a sticky toffee pudding!

It was raining when we woke but it soon brightened up, so we drove to Grange-over-sands for a walk up Hampsfell.  It was supposed to be a short walk but when we got to the top we could see Cartmel in the distance and thought we would go there again.

No rain, but it was a pretty windy day! 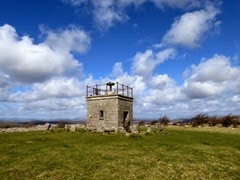 Hampsfell Hospice, a shelter at the summit 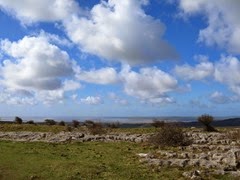 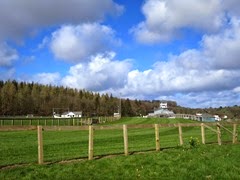 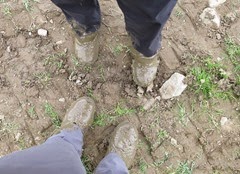 Very muddy boots, the result of walking through a farm and dodging a herd of cows 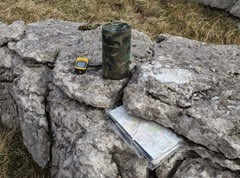 Did a bit of geocaching on the way

Had a look around Grange-over-sands in the afternoon before returning to the caravan for another night in.

Heavy rain when we got up.  We got a bit wet putting everything away, and it rained most of the way home, so not a particularly pleasant journey.

A break of a few weeks as we go on holiday to Fuerteventura, we’ll be back in the caravan mid-May.

Posted by Our Caravan Blog at 18:10 No comments:

Undaunted by a bad weather forecast, it’s off to Buxton this weekend.  Our second visit to this site, the first being around the same time last year.  We like this site, it could become one of our favourites. 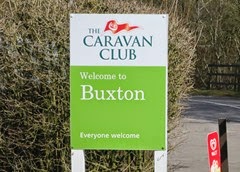 Arrived early to find the site almost empty, so we had our pick of pitches. 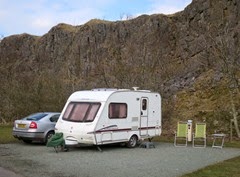 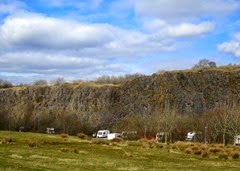 Buxton town centre is walkable from the site, albeit a steep walk back through woodland.  We went anyway, stopping off at Solomon’s temple on the way.  Still a bit of snow around. 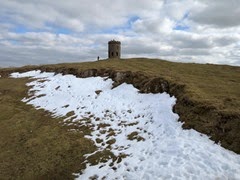 We’ve been to Buxton a few times and have always wondered why there aren’t more pubs.  It seems we have been looking in the wrong place, around the Pavilion Gardens and Opera House.  Had a couple of drinks and dinner in the Buxton Brewery tap house, then headed up a hill and found all of the other pubs, including the Cheshire Cheese, which we liked. 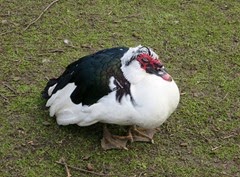 Ducks in the Pavilion Gardens

Awoke to the sound of wind and rain, the first of two weather fronts that were to feature this weekend.  It promised to brighten up in the afternoon, which it did, so we donned our waterproof trousers and set off for a walk around Wetton and along the Manifold trail, the highlight of which was Thor’s cave.  We didn't climb inside as it was very slippery and a long way down!  No pic, not sure why! 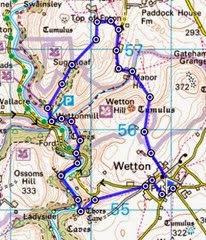 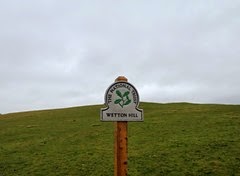 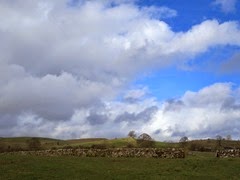 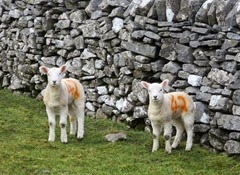 A quick detour to Longnor on the way back, but not much there so we didn’t hang around, and we got back to the caravan just as it started to rain again.  It continued to rain throughout the night and it was very windy too, so we had a quiet night in. 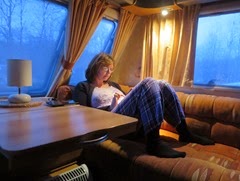 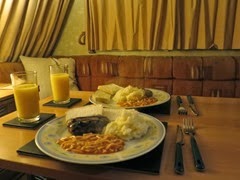 Deja vous, awoke to the sound of wind and rain!  It did calm down a bit as we put everything away, but we got quite wet.  Couldn’t find the toilet fob so we left without returning it.  Of course we found it as soon as we got home, so we posted it back to them.

Will stay at home over Easter to avoid the masses, then maybe go somewhere the weekend after.