Our first trip of 2016, and our first ever trip in the month of January.


New year resolutions relating to caravanning?  To do more three night trips instead of two, and not to try so many new sites.  Last year we tried a few new ones and not all of them were as good as we thought they would be.  Old favourites rule this year!

Not many sites open at this time of year.  Castleton CC site is one of the few that is, and it happens to be one of our favourites, so we booked it straight away when it popped up in the Caravan Club’s late availability section.  Usually this site is permanently full, but not this weekend.


We arrived early and found the site almost deserted, so plenty of pitches to choose from.  We chose a pitch in a small area just off the main site.  Must be a popular spot because it filled up, whilst the rest of the site remained pretty empty.  No pic of the caravan this time, we forgot to take one!

New visitors to our bird feeder this weekend...a flock of long tailed tits... 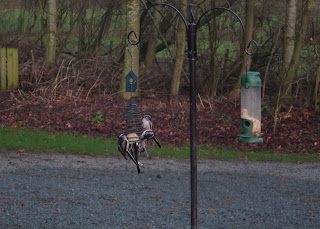 Instead of heading to the nearest pub, as we usually do, we drove to the top of Mam tor, just too late to catch a not very good sunset.  We knew we’d missed it when we passed a man with an expensive camera and tripod heading back to his car. 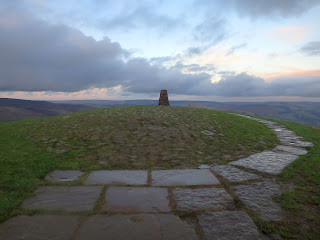 After dinner in the caravan we walked into the village and had a couple of drinks in the Cheshire Cheese Inn.


Awoke to the sound of rain, but it soon stopped, replaced by white cloud and a bit of drizzle.  Undaunted, we set off for a walk up to Losehill, via Hope. 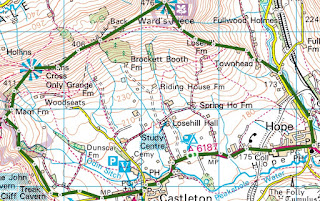 We’ve been on this ridge before, but not the way we went today, so a lot of it was new to us.  The rain held off until just before we got back to the caravan.  Had we not stopped in Castleton for a quick pint in Ye Olde Nags Head we would have missed it altogether. 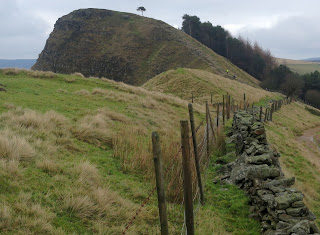 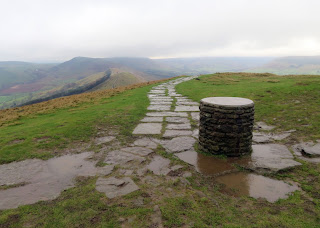 The forecast for the night was heavy rain, and so it was.  We’d booked a table at the Castle Inn, so we had to venture out.  Good job we booked, there was a sign saying that it was open for residents and pre booked tables only when we got there.  Possibly because of a staffing crisis, there were lots of vacancies on a notice board outside!

After dinner we had another drink in the Cheshire Cheese, then one in Ye Olde Nags Head, which had entertainment in the form of Mick Hall.  He was ok, so we stayed until chucking out time.


Of course, a lovely day today, with blue skies and no sign of rain.  If only we had implemented our new year resolution of more three night trips!

Got back to the storage site without any problems and drained all the water out of the caravan, as you have to at this time of year.

Hopefully a trip later in January, it all depends on the weather.
Posted by Our Caravan Blog at 18:50 No comments:
Newer Posts Older Posts Home
Subscribe to: Posts (Atom)