As reported in our last post, a new bridge has been erected.  It’s a tight squeeze but we managed to get the caravan across without any problems and headed to the C&CC site at Windermere, our third visit this year.  Our first caravan trip for two and a half months!

We wanted somewhere easy to get to because we now have a new tow car…a Vauxhall Insignia 2.0 CDTi.  According to D, the best looking car he has ever owned!

The Insignia tows at least as well as the Mondeo did, so we arrived at the site quite early after an uneventful drive.  A bit of a panic the day before, when D realised a standard tow-ball had been fitted (after the mobile fitter had gone, obviously).  Managed to get to a local caravan service centre just before it closed and persuaded them to replace it with one that was compatible with a stabiliser for a small fee plus the cost of the tow-ball.  Entirely our fault, we didn’t specify the type of tow-ball to be fitted…duh!

The site wasn’t very full, so we got a good pitch in our usual place. 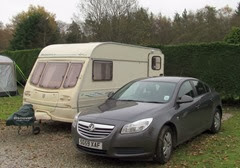 After setting everything up we headed across the fields to Staveley, then, after a quick drink in the Eagle and Child, we decided to catch the 555 bus to Ings for dinner at the Watermill Inn.  This is one of our favourite pubs, and apart from it being a bit hot inside, it didn’t disappoint.  We could have stayed longer but wanted to get to the bus stop in plenty of time to get the bus back to Staveley, which we did, only to watch it sail past.  Oh well, it was dark, so maybe the driver didn’t see us!  It’s a couple of miles from Ings to Staveley, so we walked instead.

Back at Staveley we popped into the Hawkshead Brewery, and one of the other pubs, then back across the fields to the site.

Off to Bowness for a walk along the western shore of Lake Windermere.  We left the car in Bowness and got the car ferry across, which is excellent value at only 50p for foot passengers.  Not such good value for cars. 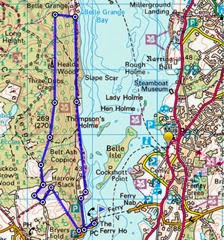 After walking along the lake shore we returned via High Blind How (269 metres).  We tried to get to this summit once before, via a different route, only to find it closed due to forestry work, but we made it this time. Excellent views of Bowness and Lake Windermere in surprisingly good weather for this time of year.  Lots of lovely autumnal colours. 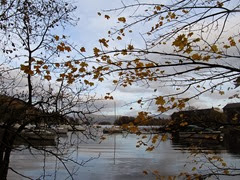 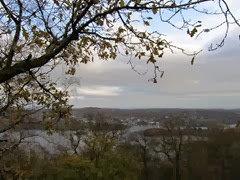 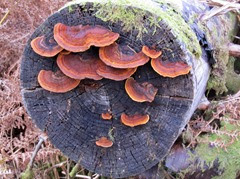 Stopped off at the Crown Carvery in Bowness for a cheap dinner before heading back to the site for a quiet night in, reading and listening to Jazz FM.

Left early, around 9.30, and back at the storage site well before midday.

No more trips for at least 2 weeks due to work and another (non caravan) trip for J, but we might try to get away early in December if the weather is ok.

Posted by Our Caravan Blog at 21:44 No comments:

Good news, bad news…there is a new bridge…but it is very narrow and longer than the old one, which is not good news as you have to turn sharp right when you have gone across it.  Apparently they are going to do something to it to make it more accessible to caravans, but I’m not sure what they can do except replace it.  We’ll see.  We might give it a go soon if the weather is ok.

In the meantime, a two night trip to Lancaster, staying in a Travelodge in the town centre.  Room a bit pokey, but you can’t complain when it’s £77 for two nights.

We had a weekend in Amsterdam a couple of weeks ago, too.  Probably too late to do a blog about that now, memory not what it used to be.

No car this weekend, we let the train take the strain.

After checking in we had a wander around Lancaster.  There are lots of nice pubs, our favourites being the Robert Gillow, named after a famous Lancaster furniture maker, and Merchants 1688, basically just an old wine cellar with no windows, but much nicer than it sounds.

A pianist and drummer were performing in the Robert Gillow, so we watched them for a while before going for dinner at Teatro.  We chose it because they take Tastecards, then discovered we had left ours at home.  No problem, they gave us the discount anyway.  It wasn’t exactly busy.  Great food.

Afterwards we headed back to the Robert Gillow but couldn’t get it, so we ended up in Merchants 1688. 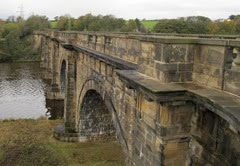 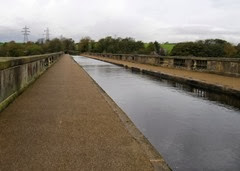 In the afternoon we got a bus to Morecambe, but it was pouring with rain by then and there isn’t much to do in Morecambe in the rain, so we didn’t stay long. 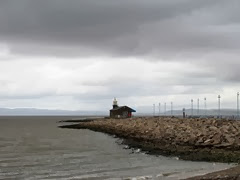 Back in Lancaster we had a cheap dinner in the Wetherspoons next to the hotel, then managed to get into the Robert Gillow to watch a jazzy three piece band.  Can’t remember their name.  Seems to be live music all the time there.

A late checkout meant we could leave our luggage in the hotel and have a look around Williamson park and the Ashton monument, followed by a tour of Lancaster castle.

Williamson park is a nice place, in addition to the monument there is a butterfly house and small “zoo”.  Just birds and small animals really. 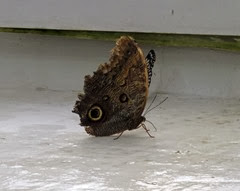 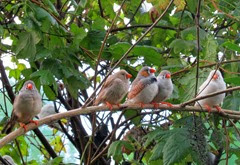 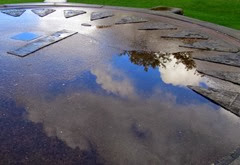 Reflections in a large sun dial in Williamson park

The guided tour of Lancaster was quite interesting.  The courts are still in use and it used to be a prison until a couple of years ago.  We got to see some of the cells. 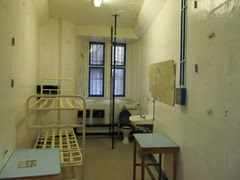 The Travelodge room was a bit basic! 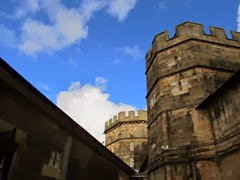 D is determined to get away in the caravan before Christmas, so we might have a go at getting across the bridge soon, even if we have to unhitch the caravan and push it across!