Not so lucky with the weather this time!

Arrived earlyish to find the site less than half full.  This site is a bit car park like, with no grass between pitches, which (says D) makes it harder to reverse the caravan in…nothing to aim at.  That’s his excuse for the poor reversing, anyway! 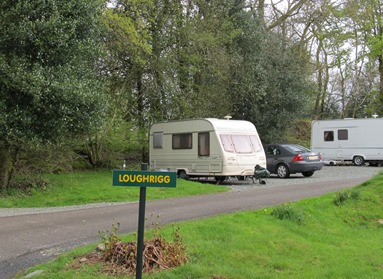 A slightly sloping pitch in the Loughrigg section of the site.

Note the status aerial on top of the caravan…gone now, but more of that later!

As is customary when we come here, it was off to the Drunken Duck Inn for a beer or two.  Lots of beer this weekend, D sampled 8 in total, but not all of them were pints! 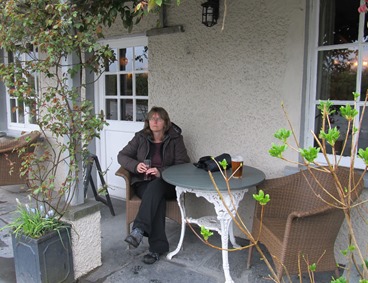 The Drunken Duck…a great place to sit on a rainy afternoon…one day we will come here and it wont be raining!

Got back to the caravan around 7 and stayed in for the rest of the night listening to the radio.

The weather forecast for this weekend was spot on…rain in the morning but brightening up later in the day.  So we drove into Ambleside and had a look around the shops in the morning and bought a couple of things we really didn’t need and had tea and a cake.

In the afternoon we drove to Low Tilberthwaite and walked to Little Langdale, to Cathedral cave.  A massive cave, and as we walked in a group of girls were singing, like a choir in a cathedral…very nice.  Of course, they stopped as soon as they saw us! 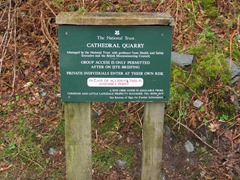 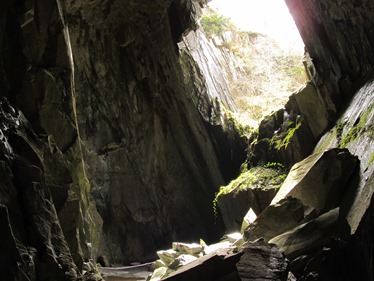 We liked nearby Slaters bridge, too, and left Billy the squirrel travel bug in a geocache close by. 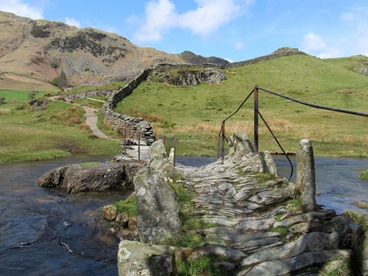 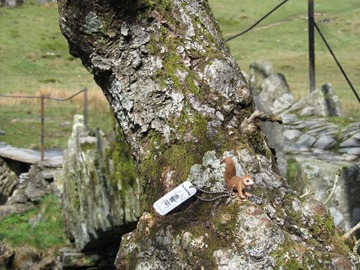 Had to rush back to the site to get changed as we had booked a table for Zeffirellis - a nice vegetarian restaurant in Ambleside – and the buses aren’t very frequent.  They have a jazz bar upstairs and that night’s act was Djangologie – A Django Rheinhardt style quartet.

A long (2 mile) walk back to the site afterwards because we couldn’t get a taxi!  Luckily it wasn’t raining. It was pitch black all the way and we didn’t even have a torch, so we had to make do with using our phones to light the way!

The original plan for today was to drive up the Wrynose pass and bag a couple of Wainwrights, but the forecast was for heavy rain, so instead we strolled along the River Brathay to Elterwater, and then over the hills to Grasmere.  It did rain a bit, but that’s what waterproof coats are for.  Not a day for summits, though. 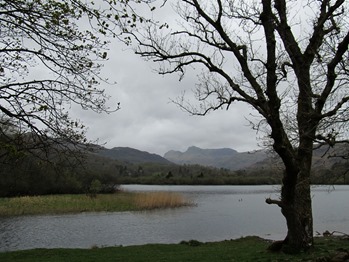 Got the bus back to Ambleside and then walked back to the site, which is when it really started to rain!

It brightened up later, so we walked down to Skelwith Bridge and had a drink in the Talbot bar after taking a few sunset pics. 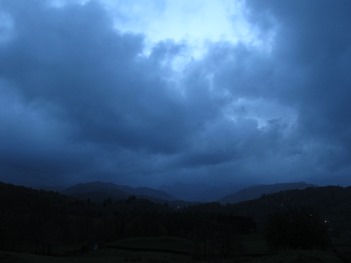 Left around 10 and after an uneventful journey we arrived back at the storage site about midday.  Only to find that we had lost the status aerial on the way!  There was just a wire hanging down.  It must have been dangling for a while because there are lots of dents and marks in the side of the caravan, which is more annoying than the loss of the aerial, which never seemed to work anyway.  This caravan is looking very tatty now!

We didn’t go under any low bridges or overhanging tress, so we have no idea how it could have come off.  Just hope it didn’t do any damage to anybody else when it finally fell off!

So, off to a local caravan shop to get a blanking plate to cover the hole in the roof…grrrr.

Buxton CC site, which was cancelled earlier in the year due to bad weather.