A quick return to the Kendal CAMC site, mainly due to the fact that everywhere else was full.  We wouldn't usually go away to a full site during the school holidays but this is not a typical year and we are trying to make up for a lack of trips earlier in the year.  Hopefully availability will be better in September and October.

We arrived shortly after the earliest arrival time of 1pm hoping to get a good pitch like last time, but a quick look at the range of keys hanging on the wall in reception quickly dashed those hopes.  We did manage to get a pitch on its own, but it was probably the shadiest pitch on the site so not much sun this trip, we even had to keep the lights on in the caravan during the day! 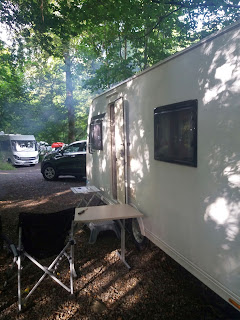 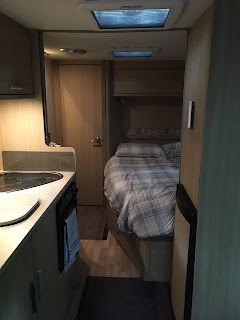 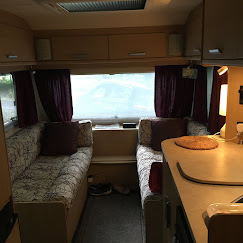 Not many pics this week, we forgot to take the camera!  Just phone pics.

It was only after unhitching the caravan that we noticed a path at the back of the pitch and a den.  It was ok, though, the path led onto another path that goes around the site and is not for general use.  We were a bit worried about the den for a while, half expecting gangs of children to descend on us but we needn't have worried.  They probably couldn't see it from outside due to the shadiness of the pitch! 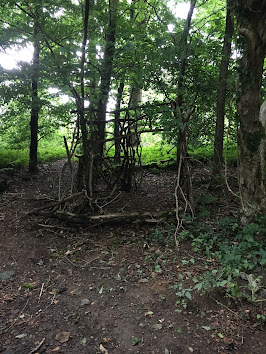 We went for a walk along the path after setting everything up and it turned out to be a great shortcut to the nearby farm shop, about half the distance.

We finally got to see the cows being milked but it was a bit if an anti climax, just a row of bored looking cows. We didn't buy the raw milk this time around as J was quite ill after the last time we came here and it was probably too rich for her! Stocked up on their game crisps and a few local beers. 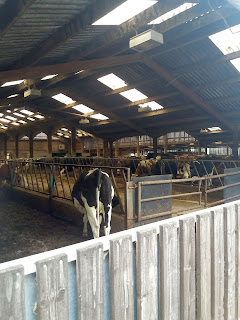 From there we walked to the Strickland Arms and had a couple of drinks and then retreated to the caravan for a barbecue and a bottle of wine.  The site was very quiet and peaceful despite being completely full and it was warm enough to sit outside until quite late. 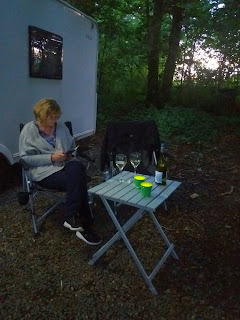 We set off for a walk in the hills around Newby Bridge, but it wasn't to be.  The A590 was closed most of the day due to an accident involving a cement mixer! We drove around aimlessly for ages trying to find an alternative route, but our parking place was completely inaccessible.

We ended up near Cartmel, so went for a short walk to the hospice at the top of Hampsfell instead. 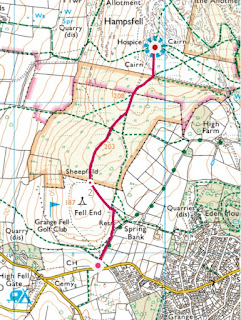 We've been here before but it's a nice enough walk and there are usually excellent views of Morecambe bay from the top.  There is a wheel at the top, and you move the needle to whatever number landmark you want to see.  Not much to see today as it was a bit misty and murky, which made forgetting the camera easier to bear. 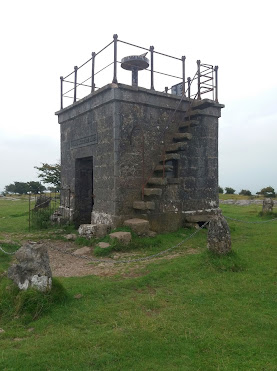 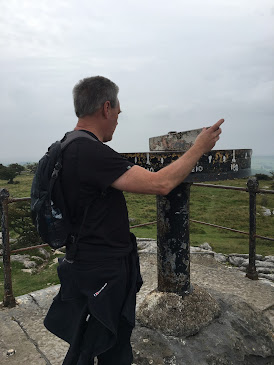 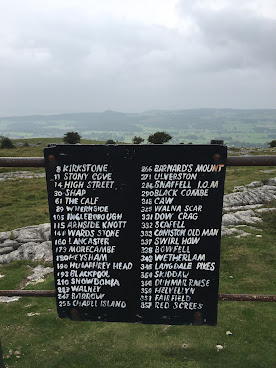 The road was still closed as we tried to get back to the site, so we had to do another massive detour! Called into Grange Over Sands for supplies, but didn't hang around as a lot of the shops were shut.

The plan had been to get a bus into Kendal in the afternoon, but as we hadn't walked far in the morning  we decided to walk instead.  It's quite a long walk, and took us about 90 minutes to get into the centre of town.  We even managed to pick up a geocache hidden in one of the old canal bridges 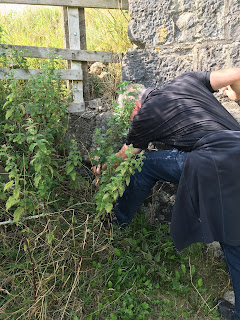 We made it...just, and really enjoyed a drink in a pub we haven't been to before - the New Union.  It's nice enough, with a good range of beers, but the food was quite basic so we decided to go somewhere else to eat.  The Fell Bar is an old favourite and didn't disappoint, but they don't do food, so we got a bus back to the Strickland Arms, a mile from the bus stop, lots of walking today!
We thought it would be quiet on a Monday night but it wasn't, and we couldn't get a table inside!  They said we could eat outside and it was just about warm enough for al fresco dining and we were running out of options...
Luckily someone left as we were waiting for our food and the bar staff took pity on us and let us move inside. Good job as there were dark clouds looming! 2 x small fish and chips but very substantial - I'd hate to see a large one! Another mile walk back to the site - we clocked up a total 24,000 steps so we were ready for a shower and bed!
Monday
It rained a bit in the morning and on the way home but we were lucky and managed to dodge the showers.  It's been a while since we have had to pack up in the rain! Listened to a few omnibuses of The Archers, almost up to date now.
Got home early, before 11am,  One of the reasons we like this site is that it is so easy to get to.
Coming soon...
Castlerigg Hall, Keswick, after the bank holiday, booked and paid for ages ago, the weather had better be good!