Pre covid-19 it was something of a tradition for us to go to the villiage of Hawkshead mid November, so with things starting to get back to normal we thought we'd give it a go.  We used to go to The Croft but they don't take tourers these days and the site is full of fabulous looking lodges which are way out of our price range.  Fortunately we discovered Hawkshead Hall almost three years ago to the day! 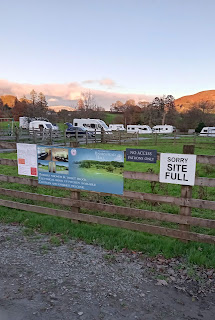 Just a short walk into the village, great facilities and pretty quiet at this time of year.
Sunday
Even at this time of year a lot of sites are full at weekends, hence the Sunday start.  We're not keen on their earliest arrival time of 2pm but we stuck to it only to find most pitches occupied when we got there and people setting up!  The pitch we got wasn't one we would have chosen but there aren't really any bad pitches. 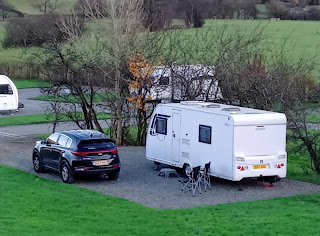 After setting everything up we managed to sit outside for a while, but with sunset around 4pm at the moment we thought we would head into the village before it got dark.
One of the pubs was closed for refurbishment and two of the others are not serving food at the moment  due to staff shortages, but the plan was to eat in the caravan anyway.  We bought loads of treats from a couple of the shops and then had a drink in the Kings Arms, which was our favourite pub on previous occasions.  Apparently it is between landlords, with a temporary manager keeping it ticking over.  No food and closed on Mondays!  A snip at £90,000! 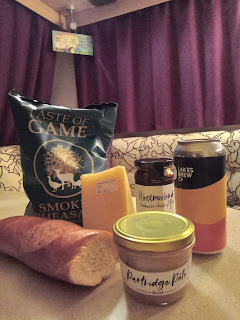 Then we popped into the Red Lion, which has only recently re-opened with new owners.  Room and food reviews aren't great but it seemed ok to us and the barman was nice and friendly. 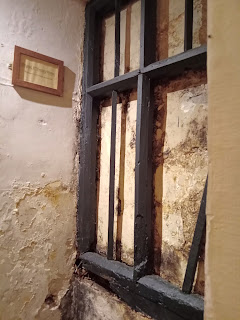 A 15th century window in the Red Lion, discovered during rennovation work.
A disappointing selection of beers in all of the pubs.  A couple of Cumbrian ones in the Kings Arms and one (that D didn't like) in the Red Lion.  Nothing anywhere else (apart from the Queens Head, which is a Robinsons pub, so doesn't count!).  We don't go to Cumbria to drink Hobgoblin!
After dinner we popped back into the village but it was a bit lacking in atmosphere!  A bit disappointing really.
Monday
Fabulous weather for this (or any) time of year!  We set off for a walk around Tarn Hows and up to Black Crag.  We've done this walk before but it's worth doing again. 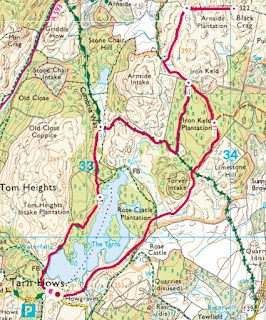 Not many pics because we forgot the camera...not for the first time this year!  Just phone pics, so not very good quality, but a good reminder of conditions if we look back at this in the future (which is pretty much why we do this blog). 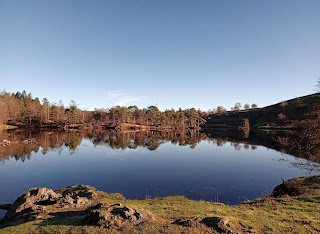 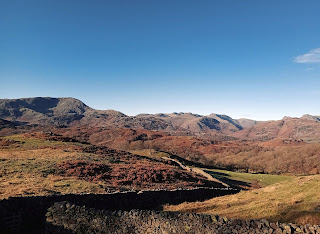 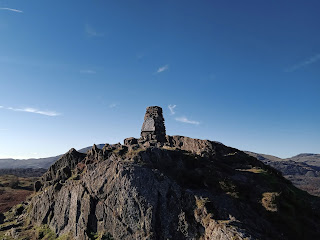 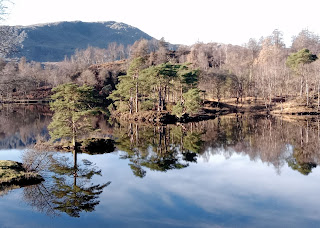 In the afternoon we popped back into the village but the Kings Arms was closed so we didn't hang around.  A pretty reasonable sunset from the church graveyard overlooking the village. 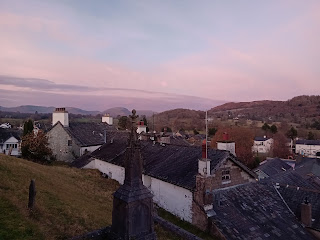 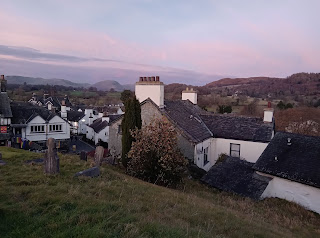 Then dinner in the caravan, a bottle of wine and a couple of themed spotify playlists (girl's names and flowers) Better than it sounds!
Tuesday
We got away early and were home well before midday.
Hawkshead has lost its appeal a bit after this trip but we might give it another go around the same time next year.
Coming soon...
That's probably it for this year.
The caravan is winterized with the water drained down and bowls of salt strategically placed, but who knows...we might squeeze another trip in if the weather is ok in December.