Our last visit to the CC site in Hawes was over two years ago and we have been looking forward to coming again.  We had to cancel a scheduled visit last year – can’t remember why. 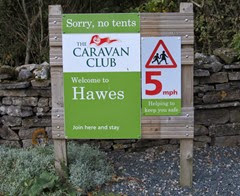 D was particularly looking forward to the Green Dragon in nearby Hardraw, a pub we really liked on our previous two visits.

A Thursday start for a change, so when we arrived there were plenty of pitches available. 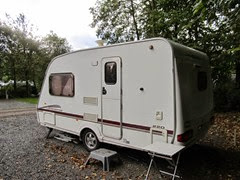 A fairly quick set up, including levelling left to right.  How ever did we manage without a motor mover and levelling block?  We were just relaxing with a cup of tea when the warden’s face appeared at the window and told us that they had had to turn off the water due to unforseen circumstances – a burst underground pipe.  Quite a serious problem for us, as we always use site facilities and don’t even know if our cassette toilet works!

It won’t take long to fix, we thought, so we drove into Hawes (it was raining heavily by now) and had a look around the Wensleydale Creamery.  As on previous occasions, it was the wrong time of day to see cheese being made!

Got back to the site armed with cheese, crackers and local beer around 5pm to find the water still off!

After dinner we asked the plumber who was repairing the pipe how much longer it would take to fix and he guaranteed 100% the water would be back on that night.  Good enough for us, so we headed for the nearest pub in Hawes.

Got back to the site after a couple of drinks around 9.30pm and the water was still off.  Starting to panic a bit now! Only a fool would drink pints of lager knowing there may not be a toilet to use later on!!   The water actually remained off until about 11pm.  Could have been worse!

Not a great weather forecast today, so no serious walking.  Instead we drove to Aysgarth Falls and had a wander along the river.  Not sure what they are normally like, but the waterfalls seemed pretty impressive after the heavy rain of yesterday. 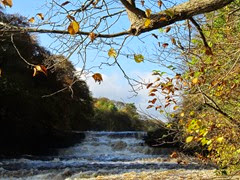 In the afternoon we visited Bolton castle.  Lots to do here, including a maze and falconry display.  The castle was ok too. 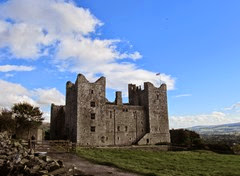 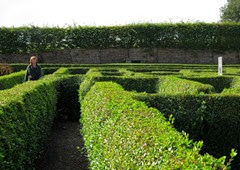 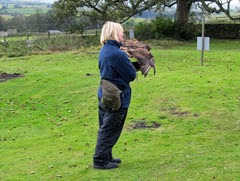 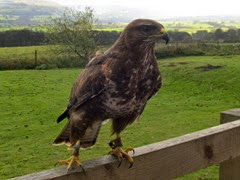 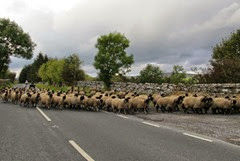 Heavy traffic on the way back to the site!

In the evening a much anticipated walk to the Green Dragon, Hardraw.  About a mile and a quarter along pitch black country lanes, good job we had our torches.  When we got there we discovered an Irish music “gathering” in full flow, so nowhere to sit and a long wait to be served.  We have nothing against Irish music, but the reason we really like this pub is that it is nice and quiet, so we didn’t stay long.  Also, there were three different rooms and each one had different music playing and we were sat in the centre of the pub so it was just one big noise!

The best day weather forecast wise, so we drove to Ribblehead to tackle Whernside, the highest peak in Yorkshire at 736 metres. 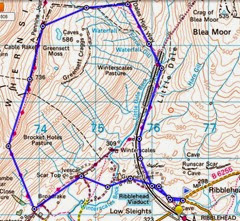 The start and end of the walk was the impressive Ribblehead viaduct on the  famous Settle to Carlisle route and we were hoping to see a steam train going across it, but no such luck.  Not close up, at least. 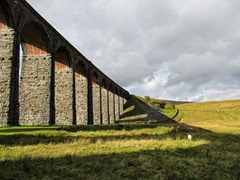 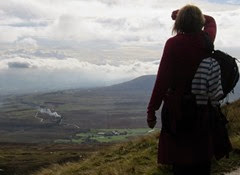 J watching a steam train crossing the viaduct from near the top of Whernside.  She had to wear her coat around her waist all day as she tore a hole in her trousers on the last trip and didn't realise till she got out of the car!

It really brightened up as the day progressed, so much so we were just wearing t shirts by the time we got to the summit.  Really good paths all the way and no chance of getting lost.  Lots of other walkers about. 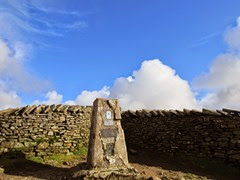 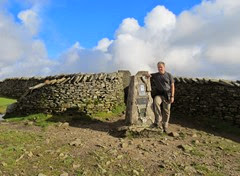 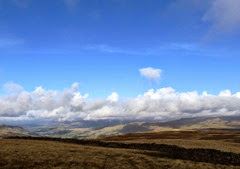 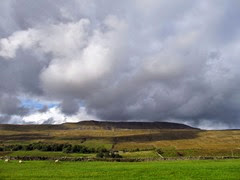 View of Whernside from near the end of the walk – not the most impressive looking hill we have ever climbed!

…A quick drink in the Station Inn, which had quite unusual outside seating 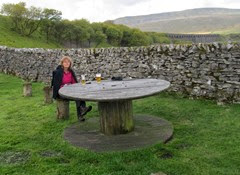 Overheard some couples talking about the delights of waterbeds!

In the evening we had fish and chips in Hawes and then a quick drink in one of the pubs before heading back to the caravan for a quiet night in.

Might try and get another trip in before the clocks go back, possibly Chipping, Lancashire.

Maybe with some of this!!

D really likes this pic of a puddle… 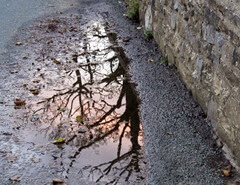