Our second trip of the year to the Kendal CAMC site which is firmly established as one of our favourites now. 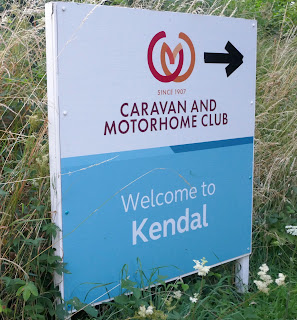 A Thursday start, primarily so that we could go to the Kendal Brewery Arts centre to see a-ha: the movie in the evening.  J is a big a-ha fan!

On arrival we managed to get one of the pitches we wanted, so a pretty good start. 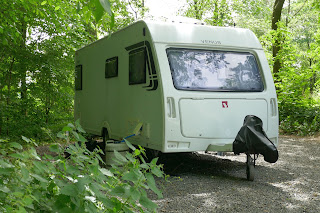 We headed straight to the nearby farm shop for supplies and then a quick pint in the Strickland Arms.  Just the one drink because we would be driving later.  Then we had a barbecue back at the site.

We drove into Kendal and after a  bit of a panic trying to find somewhere to park we settled down to watch the film, which was very good.  The story of how they met and formed the band right through to comeback tours.  The Brewery Arts centre is a nice place to go to, we will look out for other events in the future.

Of course we just missed out on the hot, sunny weather and today was mostly cloudy but still very pleasant.  We drove to Winster for a walk from the church to Ghyll Head reservoir.  Not a great day for pics. 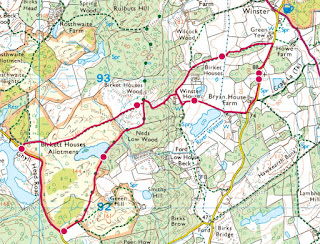 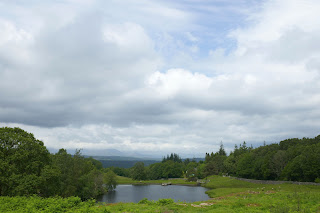 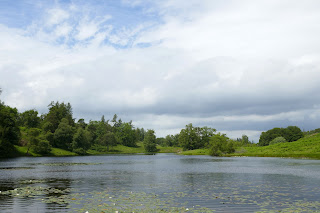 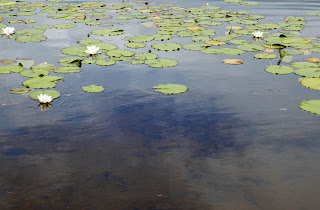 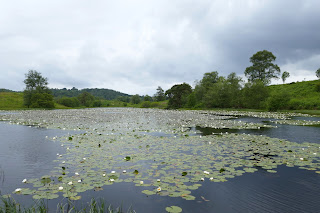 In the evening we had another barbecue and thought about going to the Strickland Arms but instead just sat outside the caravan.  This is a big site but it was incredibly peaceful, the only sound birds singing and one in particular high in the trees. 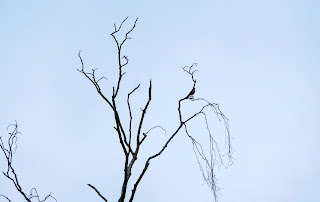 Our bird feeder was a great hit this trip.  They cleaned us out.  We will have to stock up on peanuts and seeds for our next trip.  The highlight was a jay. 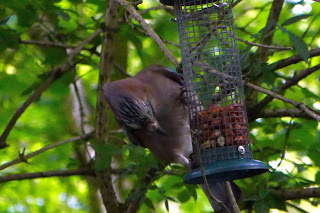 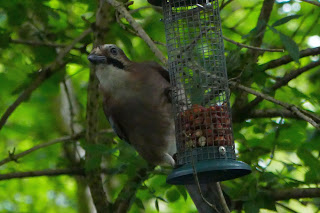 Saturday
Another mostly cloudy day.  We got a day ticket and set off on the X6 bus for Lindale and what we thought would be an easy walk to Dixon Heights tower. 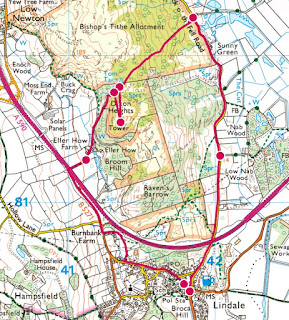 The path to the top from Back o' th' Fell road was pretty much non existent and turned out to be a not very pleasant scramble through bracken which in places was over our heads!  We made it, though, and the view from the top was just about worth it. 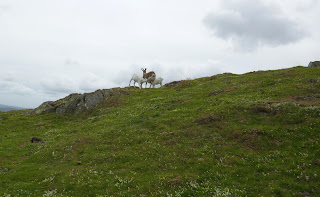 Makes a change from sheep 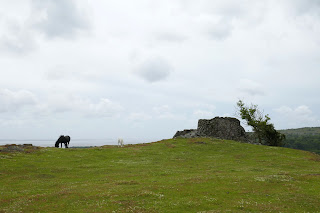 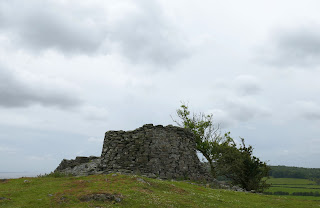 We had time for a quick half in the pub in Lindale, which was very refreshing, before catching the bus back to the site.
After quick showers we rushed back to the bus stop and got the X6 this time into Kendal.  We had dinner in a cafe and then drinks in the Barrel House (Bowness Bay brewery), the Factory Tap and the Fell bar.  All excellent venues.
Sunday
An uneventful journey home, the only incident being forgetting the laundry basket!
Coming soon...
Nothing booked but we have a week off in July so will aim for a three or four night midweek trip.
Posted by Our Caravan Blog at 21:33 No comments:
Newer Posts Older Posts Home
Subscribe to: Posts (Atom)