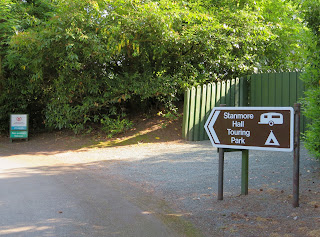 We've been meaning to visit the Morris Leisure site, Stanmore Hall, near Bridgnorth, for a while now.  We've been to all of their other sites except Llanberis and like them.  With no availability anywhere else (which is becoming normal) we thought we would give it a go.

Not a particularly good journey, a crash on the A49 held us up for about half an hour.  We'd booked a standard hard-standing pitch, which turned out to be in a car park like part of the site, with smallish pitches and only a couple of potted plants on paving stones to separate them...no grass borders.  Not a good start, but we let it go.  Our fault - we should have paid a bit extra for a super pitch! 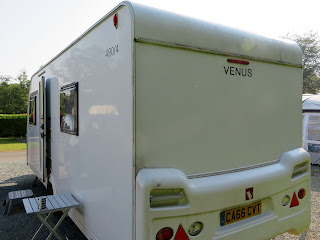 The delay on the A49 meant that we really had to rush to get a bus into Bridgnorth at 3.21, but we just about made it.

Bridgnorth is a nice town, two towns to be exact - Low Town and High Town.  A good way to get from one to the other is by using the funicular railway. 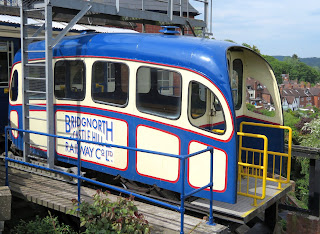 We stayed mostly in High Town, where most of the shops are, and lots of nice pubs. Our favorites were the Shakespeare and the White Lion, which is home to the Hop and Stagger brewery and has a resident cat, albeit not a very friendly one! 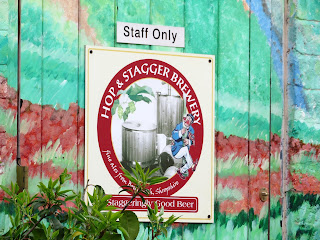 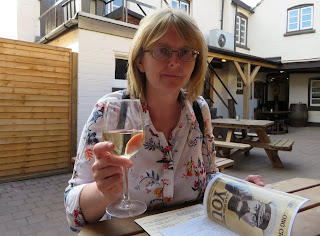 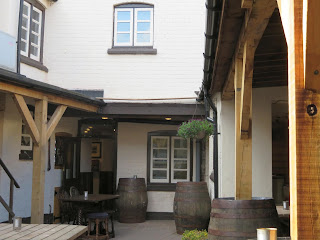 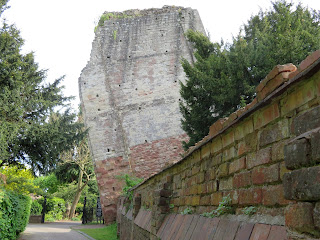 What's left of the castle

They didn't bother us much that night, because after a quick shower we just went to bed.

Lots of buses today.  First, a bus into Bridgnorth, then another to Much Wenlock, then a 5 mile walk to Ironbridge, and finally another bus back to the site.  We got our money's worth out of the day saver tickets.

Much of the walk from Much Wenlock to Ironbridge was through woodland and we were glad of the shade on a hot, sunny day. 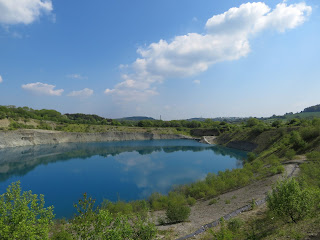 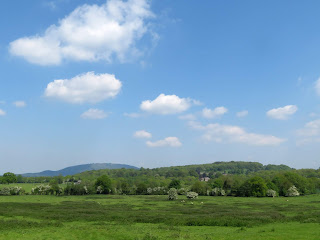 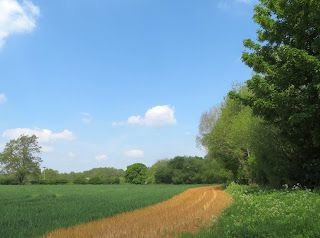 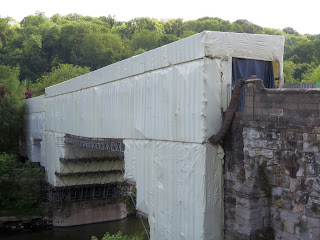 Oh well, I'm sure it will look great when all the maintenance work is finished.  There are lots of museums in Ironbridge but we didn't really have time to go in them, instead we had tea and a pint in one of the pubs before getting a bus back to the site.

The plan was to have a barbecue and the weather was great, but we didn't fancy being watched by the people next door and having to listen to the sound of their tv, so instead we drove into Bridgnorth and had dinner in the Shakespeare.

The tv was still booming when we got back so we went and sat on a bench by the lake for a while, until they closed their door and it was just a muffled drone in the background.  J read somewhere that they were selling outdoor tv's at a recent caravan show...hope they don't catch on!  We go away to get away from the tv!

We went home a different way, mostly on the A5, and it was a much better journey.

Not one of our most enjoyable trips.  If we return to Stanmore Hall we will make sure we book a super pitch and hopefully we will get decent neighbours.  Bridgnorth is a nice town and we would like to go back sometime

We will stay at home and avoid the crowds over the bank holiday weekend, then lots of trips planned for June and July.