First trip since our cruise, a two night trip to the Wharfedale CC site just outside Grassington, a site we visited a couple of years ago and thought was quite nice, but not nice enough to revisit until now. 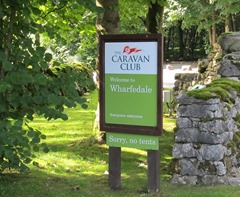 The damage caused by the status aerial falling off the caravan has been repaired, at a cost to us of £100 and a cost to the insurance company of £1,800.  Unbelievable!  When we submitted the claim we included a quote for about £600 to fill in the dents, which we thought was a bit high.  The insurance company sent out an assessor who said no, the panel can’t be repaired, and put us in touch with another company.  We couldn’t believe it when we saw the invoice, and just to replace that thin panel above the door!  Maybe we are being a bit cynical, but we are sure the assessor must have benefitted from this somehow.  Oh well, we are happy with the repair as it sorted out a couple of cracks above the door.

We arrived early and got a good pitch.  Not the best display of reversing skills from D but he got it in after a couple of attempts, to the amusement of nearby caravanners! 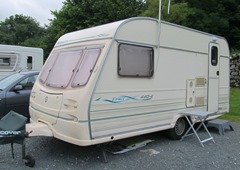 The weather forecast for Saturday was not looking very good so we decided to go for a walk on Friday instead and got a bus from the site to Kettlewell, the plan being to walk back to the site via Grassington, a longish walk of about 10 miles but no summits.

We didn’t really have time to enjoy the Kettlewell scarecrow festival, so we decided to return the following day, and were soon out in the fields.  Plenty of cows about today, including this odd looking beast… 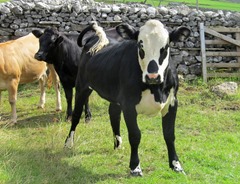 Later on we got a bit lost by making a detour to avoid a herd of cows.  Sheep just get out of the way, but cows just stand there staring at you!

Lots of nice scenery and the weather was great. 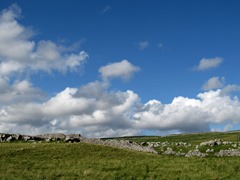 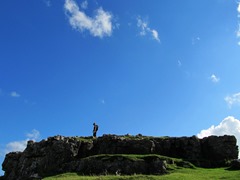 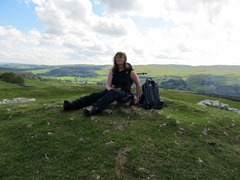 We arrived in Grassington about 7.30pm after spending quite a long time searching for and finding a geocache in an out of the way cave, and decided to have dinner and a couple of drinks in one of the pubs.

It was dark when we headed back to the site almost 2 miles away…torchless as usual!

Weather not as nice as yesterday, but we were determined to go back to the scarecrow festival.  There is a trail you are supposed to follow, finding clues to spell out a word as you go.  We had the grown up sheet,  but this proved far too hard for us, so we just enjoyed the scarecrows.  No ordinary scarecrows these, as you can see from the pics, and we went a bit mad with the camera so there is a separate gallery just for scarecrow pics at the end.  In the meantime, spot the odd one out below… 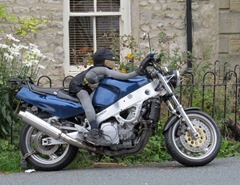 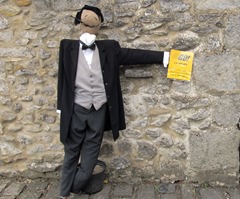 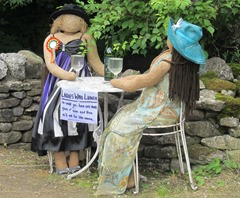 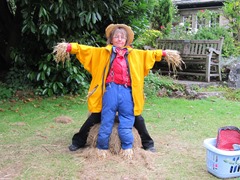 Ha ha ha…there is a pic of D in the gallery looking just as silly!

In the afternoon we drove into Skipton and had a look around the town where we had a walk along the canal and tried an award winning pork pie.  The rain wasn't  showing any signs of clearing so we went for a look at the castle.  They had people dressed in medieval clothing  getting people to try their hand at archery.  J tried to get D to have a go but he wasn't having any of it! 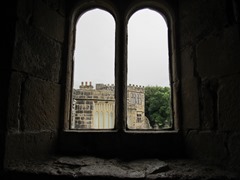 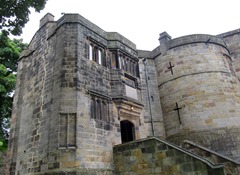 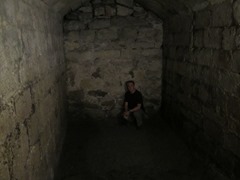 D in the dungeon

It rained quite a bit in the afternoon, so we headed back to Grassington and had a couple of drinks in a couple of pubs before returning to the caravan for dinner and a quiet night in, listening to the radio whilst gorging on the massive bags of fudge we picked up on the way back!

We left around 10 and listened to The Archers for the first time in a while on the way home.

Will probably go somewhere in Cumbria at the end of the month or early in September, but nothing booked yet.