The Croft, Hawkshead.  Our fourth visit to this site, once in a tent and twice previously in a caravan.  We didn’t really like it on our first two visits, we found it too noisy, but it’s had a makeover and gone upmarket a bit and we really enjoyed our last visit around the same time last year.
Friday


The journey from Ambleside is a bit hairy, along narrow twisting roads, but luckily we didn’t encounter a bus or lorry coming the other way.

Arrived early and found the site almost empty, so we had no trouble finding a decent pitch.  It did fill up a bit, but there were plenty of empty pitches all weekend.  Surprising, given it’s location. 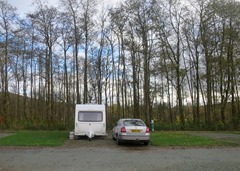 No campers at this time of year, just as well because the ground was very wet after lots of heavy rain.  Great facilities, with a couple of unisex bathrooms as well as the usual ladies and gents block.  One even has a bath, which J took advantage of!  There is even a TV room, but we didn’t use it.

As well as the usual suspects, a goldfinch visited our bird feeder this weekend.  We get very excited when we spot a new bird now!  It didn’t stay long and there was no time to get the camera out, so here is a pic of the usual suspects instead. 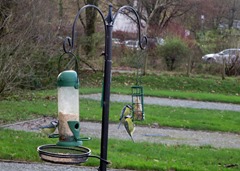 
First pub of the afternoon/evening was the Black Horse, then the Red Lion, then dinner in the Sun Inn.  All excellent pubs.  At one point we were the only ones in the Red Lion without a dog, and it was quite busy!

Woke up around 3am because the caravan was being buffetted by wind.  By far the windiest night we have ever spent in a caravan!  How windy does it have to be for a caravan to get blown over?  We nearly found out, or so it seemed.  It lasted a couple of hours, so we didn’t get much sleep!


Something a bit different today…the annual Grizedale stages rally in nearby Grizedale forest.  We didn’t know it was on when we booked and probably wouldn’t have come had we known, but as all the footpaths in the forest were closed and we couldn’t go walking there, we thought we would go along and have a look.

Lots of standing around in the freezing cold, waiting for it to start, but it was quite good once it started. 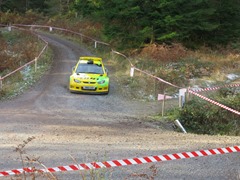 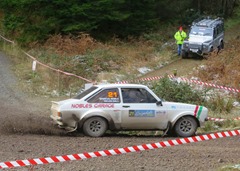 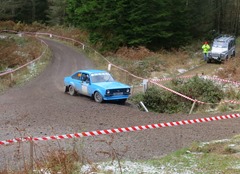 Some of the cars were quite old, including a few mk2 Escorts, and a “real” Mini got the biggest cheer of the day.  No crashes, although a couple of cars came close to going in the ditch you can see in the pics.  We watched all 75 cars, but left before they came back for round 2 in the afternoon…too cold!
Something different in the evening, too.
We drove to Ambleside for the annual parade of lanterns, along with all the departing rally contestants and spectators.  Gridlock at Clappersgate!
It took so long to get there and find somewhere to park we missed the parade, but we did get to see some fireworks. 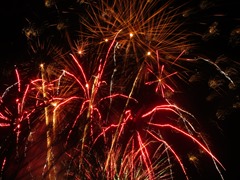 Had an early night, to catch up on lost sleep from the night before!


Another nice day, excellent conditions for walking. We walked from the site to the top of Latterbarrow, then on to Wray Castle and along the western shore of lake Windermere.  It ended up quite a long walk at close to 10 miles. 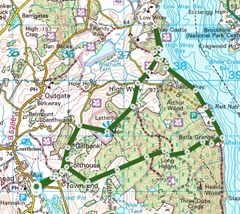 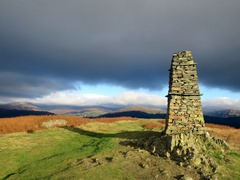 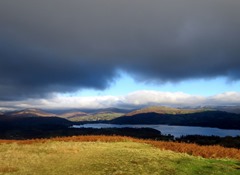 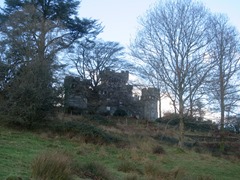 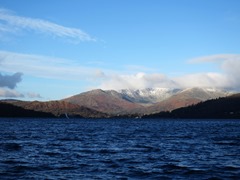 When we got back to the site there was only one other caravan left, and lots of blackbirds flocking around our bird feeder!  We chased them.  The blackbirds, not the other caravanners!  We only like pretty birds. 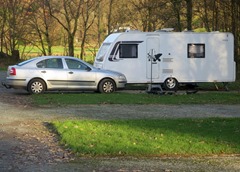 A small motorhome arrived later, but we still had a bathroom each!


The pubs in Hawkshead were much the same…almost empty, which is how we like them.  We had a couple of drinks in the Red Lion and then switched to the Black Horse.


A misty start to the day, but it soon cleared and we were on our way by 10am.  When we left there was only one caravan left.

An excellent trip, Hawkshead is a lovely village and the site is right on top of it.  This is exactly why we decided against getting a static caravan.  We will return, probably around the same time next year, for a bit longer maybe.

A two night trip to Southport, which will almost certainly be our last trip of the year.
Posted by Our Caravan Blog at 18:44

Guwahati Escorts or call girls in Guwahati are those call girl who are rocking and
amazing in terms of better-quality sexual performance for the customer.
Guwahati Call Girls
Call Girls in Guwahati

Maybe you are also looking for the right person to ensure the higher quality
sex and that’s why you are in this place because here we are going to share
the data and information of Guwahati Escorts.
Guwahati escorts
Escorts in Guwahati

We serve our Guwahati escort service in the whole Guwahati city Our services are at
the top when it comes to Escort Service in guwahati. We have the
best call girl in guwahati to satisfy.
Guwahati Escorts
Escorts in Guwahati

I really loved your post so much that I cant resist writing comment...Please check mine as well
Bhubaneswar escorts
Escorts in Bhubaneswar