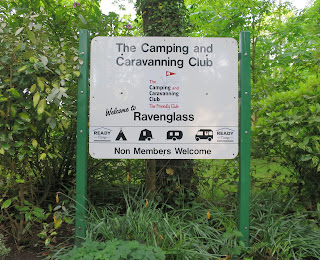 Our first trip of the year to the sleepy village of Ravenglass.  It takes almost 3 hours to get there, the pitches are tiny, there aren't enough toilets and showers...but it's still our favourite site.  We never do a 2 nighter here as it takes us a day to get over the journey!


The journey took about three hours, with a short break.  We actually left home early for a change but it backfired as we would have arrived before the strict 1pm check in.   So we pulled over and had tea and a mars bar 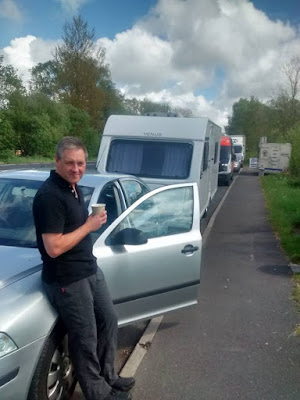 When we book this site online we always give a list of pitches that we would like, and we got one of the ones we requested, so we couldn't really complain that it was too small.   It was supposed to be the first outing for over a year for our porch awning, but it stayed in the back seat of the car because there just wasn't room for it.  The door being near the front of the caravan didn't help.  Still, a pretty good pitch at the top of the site. 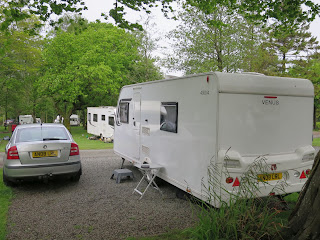 After setting everything up we had a spot of lunch including some homemade cakes from the site shop, bought a raffle ticket to win a bottle of wine and a tin of biscuits, then strolled into the village.

First stop was the local post office to drop a few ebay sales off, then a couple of drinks sitting outside the Inn at Ravenglass, watching the clouds thicken! Sure enough, the rain arrived when the forecast said it would, so we headed back to the caravan for a night in.

Got site WiFi for £2 for the whole stay - a bargain.  This is essential to our trips as we need to tell our facebook friends exactly what were doing at every opportunity and what we are having for our tea... 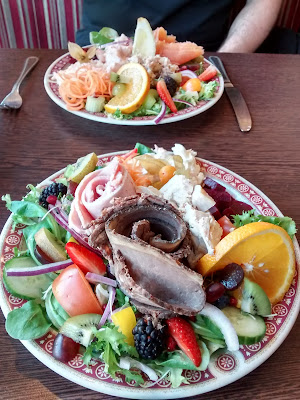 ....and also to check the BBC weather app every 10 minutes just in case the weather changes and we get caught without our waterproof coats

It wasn't raining when we woke up, but that didn't last long.  Undaunted, we got the steam train to Boot (thanks to Tesco clubcard deals)  Sat in an inside compartment trying to see through the steamed up windows but thankfully it stopped by the end of the journey. 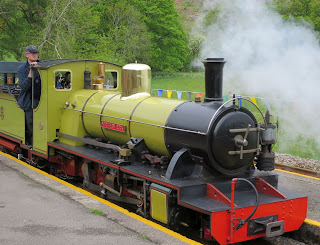 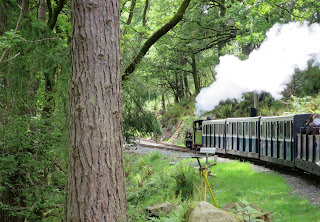 Had lunch in the Brook House Inn, a stilton and pear sandwich for D and something equally tasty for J. (He was so excited with his own sandwich he can't actually remember what she had)

The rain stopped and we managed to sit outside for a while, watching the world go by.


We nearly got on the wrong train on the way back, it turned out to be a private hire one full of wedding guests, including bride and groom.  The bride in a white dress and wellington boots, the groom in a yellow waistcoat and jeans. They were all staying at the Pennington hotel, which we found out when we tried to go in for a drink later only to find it closed to non residents. 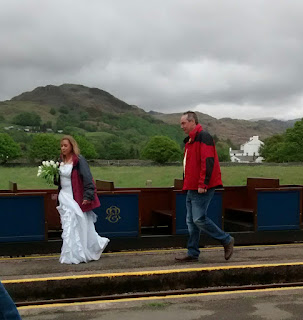 Arrived back at site to find a continental van in the pitch next to us, with the door on the wrong side. Don't you just hate it when that happens.  They spent the weekend very close to us!


It was nice in the evening, so we had a wander around the village and more drinks outside the Inn at Ravenglass.  A pretty good sunset, but pretty cold too! 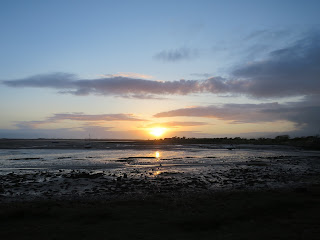 Much better weather today.  Today's walk...Whitfell (573 metres) and Stainton Pike from Corney fell road.  We didn't actually get to the summit of Stainton Pike because there is a fence around it, and we couldn't find a way through.  We could have climbed over it, I guess, but we didn't like to... 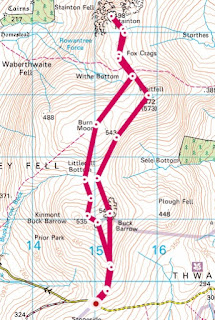 We didn't see anybody until we were almost back at the car.  Not very dramatic, but a nice walk on a mostly sunny day.  Whitfell is really just a large grassy mound, but it has a large cairn/shelter at the top and the views out to sea were great.  We couldn't make out the Isle of Man, but apparently you can on a clear day. 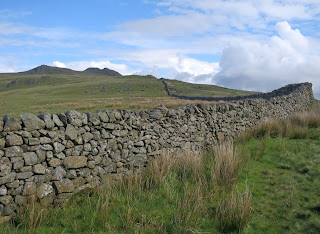 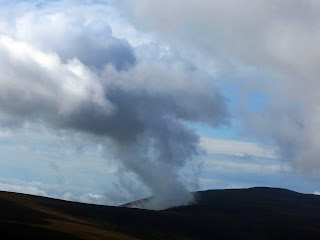 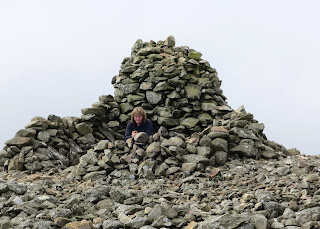 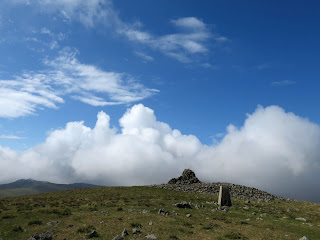 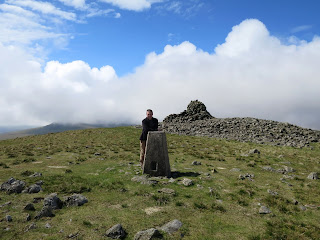 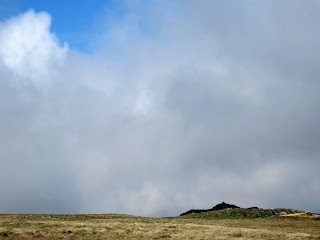 We feared the worse when we came across this... 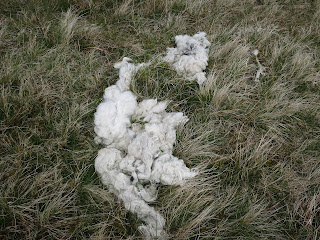 Sure enough, a few steps away... 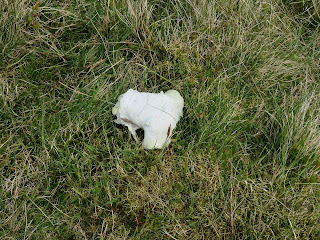 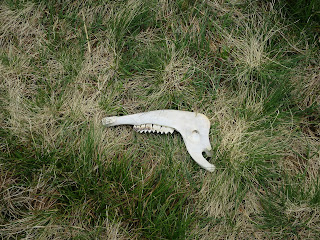 In the afternoon we lazed around the caravan, before heading to the Ratty Arms for dinner.

Then another great, but cold, sunset. 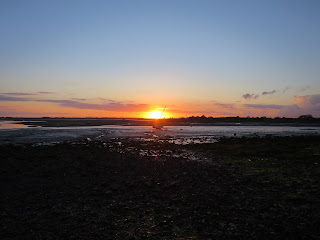 Last time we visited this site a lesser spotted woodpecker visited our bird feeder, but the camera wasn't handy and we didn't get a pic of it.  This time we did and he made short work of our nuts! 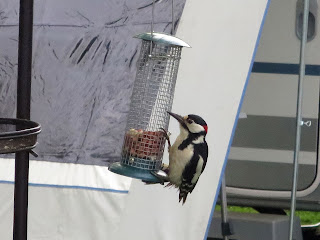 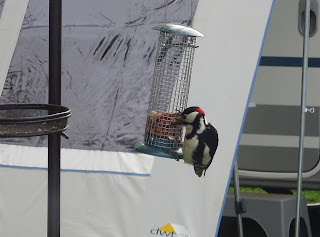 The journey home was every bit as tedious as the journey coming, but uneventful, and we were home before 1pm.  We missed the usual Archers omnibus as it was a Monday, although Ken Bruce's Popmaster killed 15 minutes


Nothing booked.  There is another static on the horizon, at Ings Hall caravan park, near Staveley.  It's a private sale and will take a lot of sorting out, we just can't decide at the moment.  We hoped this would a be a disastrous trip and the decision would be made for us!

Oh, and we didn't win that raffle!
Posted by Our Caravan Blog at 20:52