The Castleton CC site is hard to get in to, it's almost always fully booked at weekends, so when it popped up in late availability we booked it straight away.


It's not as far away as some sites, but the journey on the A6 through Stockport can be a bit unpleasant, and so it was today!


We arrived early, though, and after driving around the site for a bit we settled on somewhere new...pitch no. 9. 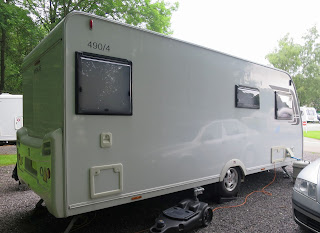 It turned out to be not a good choice. Quite near the main road, which seemed busier than usual.  It also backed onto a road leading to the Castleton YHA, which has a cattle grid, so we heard cars going over that all day.  It was also near the bottom of a slight incline which was popular with children on scooters, and there were a lot of them around!

This isn't a quiet site!


We keep coming here because it is almost in the village of Castleton, which has several nice pubs, and that is where we headed after setting everything up.


After a few drinks we hardly noticed the cars, motorbikes and scooters as we had dinner in the caravan.  Then it was back to Ye Olde Nags Head for their pub quiz and bingo.  Scored 30/50, same as the other couple whose sheet we marked, so respectable.  Free pizza and chips halfway through the quiz.

A series of disasters today.  First J dropped a carton of milk and had to spend ages mopping it up.  Then we headed to Ladybower reservoir, to catch the 222 to the end of the reservoir and then walk back to the car.  But the 222 was cancelled today, due to a breakdown!  We got another bus halfway, but still had to walk an extra three miles to do the route we had planned...


...which was to visit Alport castles, an unusual rock formation caused by an ancient landslip.  Looks a bit like a collection of castles. 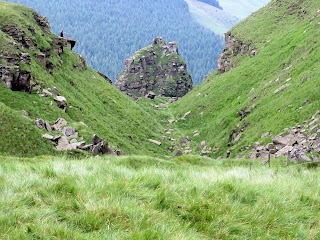 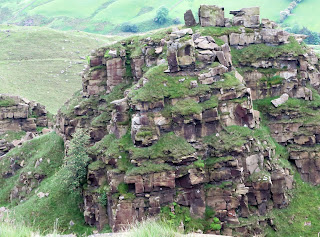 Some pics from the walk... 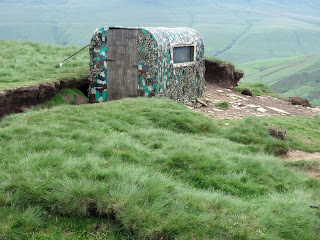 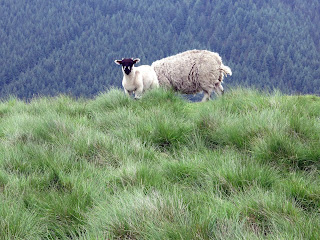 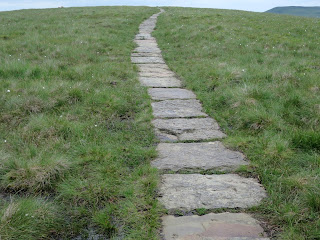 Pics have been pretty poor recently, partly due to the weather...time for a new camera?


Back at site the scooters were out in force, but we sat outside the caravan for a couple of hours anyway toying with the idea of having a barbecue.  We decided against it and had dinner in the caravan instead.


The village was very lively later, with groups of young and old men roaming around, and a very civilized hen party.  Ye Old Nags Head was our pub of choice this weekend.

Up early and on the road before 10am.

Nothing booked, it depends on whether or not we give up touring and buy a static.
Posted by Our Caravan Blog at 18:21

This is wonderful post. Keep it up good work.