Our second visit this year to the Coniston C&MC site, which was originally going to be a three night trip but was shortened to two due to work commitments.  Just as well, as it turned out!


Plenty of pitches to choose from when we arrived and we chose a part of the site we haven't been on before.  Pitches here are amongst trees in little clearings and some are quite secluded, much better than a line of caravans separated by a thin strip of grass, we wish all sites were like this.  We like pitch no. 180, although it is a bit of a walk to the facilities. 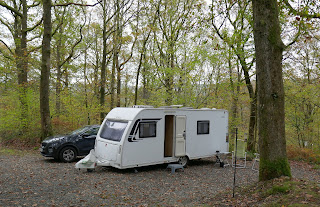 Blue skies and sunshine when we arrived but it didn't last long and we had to don waterproof coats for the almost two mile walk into Coniston.

Dinner in the Sun hotel and drinks in a couple of the other excellent pubs.  Of course we forgot to take torches but a torch app on J's phone came to the rescue.  It's brighter than a torch anyway.  Is there anything a phone can't do these days?

Woke up to the sound of rain hammering on the roof.  It was really only light, drizzly rain but we were under a tree and rain always seems worse under a tree!

By 11am were were going a bit stir crazy and had to get out.  We drove to nearby misty, murky Tarn Hows and walked around the lake.

First outing for our new camera, a Panasonic Lumix TZ100.  Less zoom than the old one but a larger sensor, so in theory better image quality. 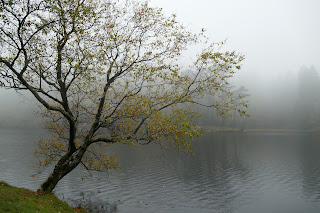 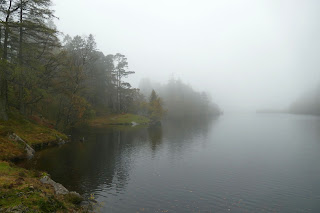 Not a great day for pics, so the jury is still out, but initial results are promising.  It rained continuously throughout the two mile walk, but at least we managed to prove that our waterproof coats are still waterproof.  D wishes he could say the same about his boots!

On the way back the rain eased off a bit and we had a wander around Coniston lakeside, and tea and cake in the cafe there.  Not many boats out today. 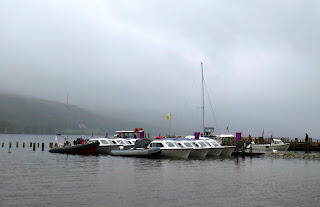 Later in the afternoon it almost brightened up, so we went for a stroll along the lake before having dinner in the caravan. 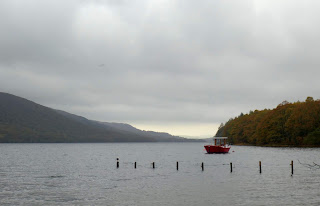 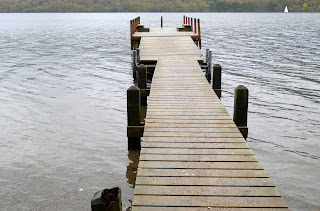 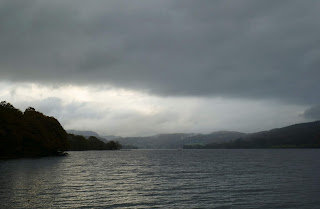 The plan was to walk back into Coniston for the night and we did set out walking but drizzly rain made us turn back and instead we had a night in.  It is quite a long walk!

Deja vu.  Woke to the sound of rain hammering on the roof.  The forecast for today was rain all day, so we weren't too disappointed that the three night trip had to be cut to two nights.  No trouble getting home.

Nothing booked, it's all about the weather at this time of year.

After reading through your blog from the very beginning we were inspired to buy a used caravan of our own ... now we just have to find a VERY local site to try it out for the first time :-)