Only our fourth trip of the year.  By this time last year we'd been away ten times and the year before even more, what a rubbish year 2020 has been.  Now that we are out of lockdown the problem is finding sites we like with availability.  C&MC sites are all full until October, as are C&CC sites with facilities open.

Forced to turn to privately run sites we chose the Ullswater holiday park.  We came here a few times in our camping days but have only been once before in a caravan.  Plenty of availability mid week, so a Wed/Thu trip for a change.

Not a great start, our recently serviced caravan was creaking like mad as we left the storage site.  So much so that we turned around and asked the man who runs the site and did the service if he'd done anything that might cause it.  He said no, and recommended a bit of WD40 on the towball!  Really!!  Don't think ALKO would agree with that, and nor did we.  Makes us wonder how rigorous the running gear service was.  In the end we took a chance and it was ok on open roads, just very creaky at low speed.  Will try new friction pads before our next trip and we might look for a new storage site before winter sets in.  We miss being able to pop in and check on the caravan anyway.  Lancaster is a long way from Southport.

More problems when we arrived and found the motor mover wouldn't work due to a flat battery.  We'd left the master switch on after out last trip and something must have drained it.  Our pitch was an awkward one to get in to, too, but we managed somehow. 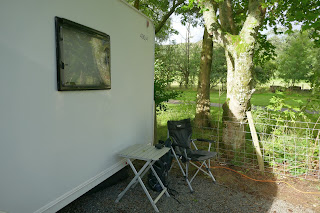 Once in, it was a pretty good pitch to be in.

We found the site to be ok.  The nearest facilities block was rubbish but one a bit further away was better.  Clean, but a bit dated and just not very inviting.  We are used to C&MC luxury.

A reason for choosing this site was how close it is to Little and Great Mell fells, two Wainwrights we haven;t done yet. 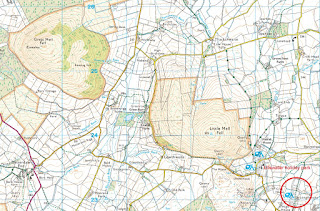 In between showers we tackled Little Mell fell in the afternoon.  Nice and easy, we drove almost to the top and it took less than an hour to get up and down it. 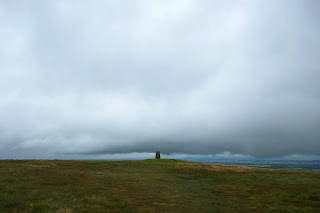 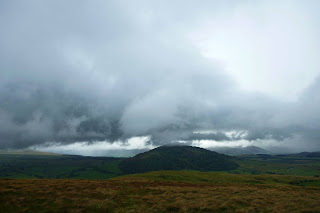 In the evening we drove into Penrith for dinner at Dockray Hall, which we had enjoyed on a previous visit.  It's under new management now, but still ok.  Fortunately they still serve Loweswater Gold, which is one of D's favorite beers, and this was the first time he has had it this year.
Thursday
Great Mell fell today.  A bit longer and more strenuous that Little Mell fell but still easy compared with other walks we have done.  The weather was a bit better, too, albeit still grey and drizzly. 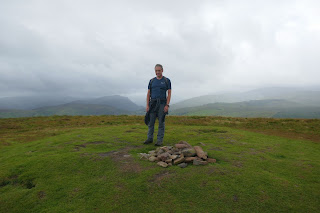 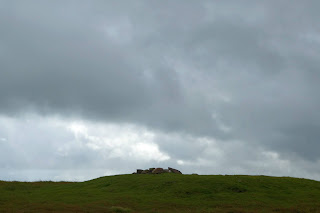 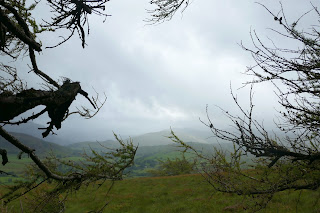 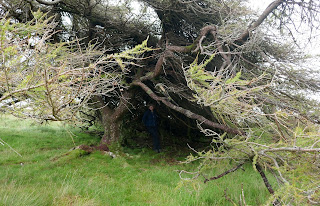 Sheltering from a shower
In the afternoon we drove back into Penrith and had a look around the town.  Looking in shops is no fun anymore, thanks to coronavirus, so we didn't stay long.  We had tea and a cake in a cafe in a new shopping arcade that is either new or somewhere we haven't noticed before, which was nice.
It brightened up considerably later in the afternoon, so we walked to the nearby Brackenrigg Inn and had a couple of drinks sitting outside.  Nice view of Ullswater. 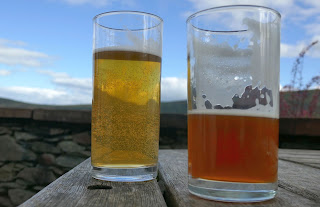 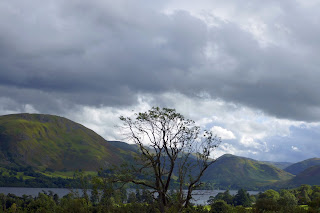 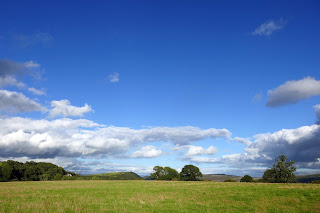 It soon got too cold to sit outside so we headed back to the site and had dinner in the caravan.  Thought about going to the onsite bar but decided against it, although from memory it is better than most onsite bars.
Friday
The caravan creaked all the way back to the storage site, hope new friction pads will cure it.
Coming soon...
Nothing booked until October, but we would like to get away again in September if we can find anywhere to go!

lucknowhotescorts.com said...
This comment has been removed by a blog administrator.
11 January 2021 at 13:16

dialescorts.com said...
This comment has been removed by a blog administrator.
9 February 2021 at 17:07

guwahaticallgirls.com said...
This comment has been removed by a blog administrator.
29 March 2021 at 05:24