As the southern half of the country basks in a heatwave and a hosepipe ban is introduced in the drought hit North West, it’s off to Ambleside for us.

Skelwith Fold to be precise, which we’ve been to a few times before click here.  After a long journey due to traffic on the M6 we arrived.  Took us a while and a quick argument to find a good pitch as the first one we chose was too uneven.  Then had an early dinner inside the caravan. 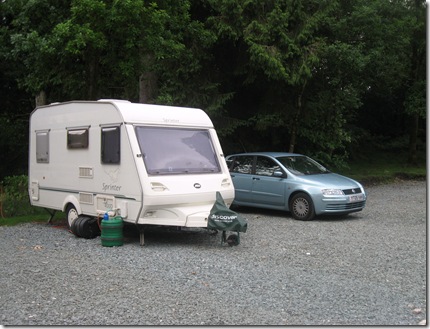 A walk of about a mile and a half took us to the Drunken Duck Inn.  Sat outside under a canopy and had a few drinks...beer called Catnap or Catnip or something like that!  J wanted tea and cake, but alas we were too late.

Walked back to caravan about 9pm, just as it started to rain.  Rain was to become a feature of the weekend!  It rained all night…

…and all morning, until we couldn’t take it any more. It was so loud, we couldn’t even hear the radio, so we set off in the direction of Grasmere, which is where we were intending to climb Fairfield.  But it was not a day to head into the hills so we carried on to Keswick, then decided to head to Buttermere, which we've not been to before because it is a bit of a trek.

After almost an hour’s drive we arrived mid afternoon.  Held up a bit by a sat nav that needed a sat nav, and a sheep jam 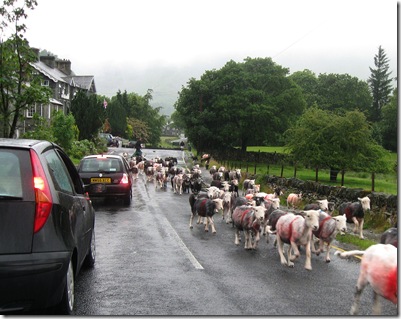 The weather was still pretty awful but we donned our waterproofs, gritted our teeth and set off to walk around the lake. 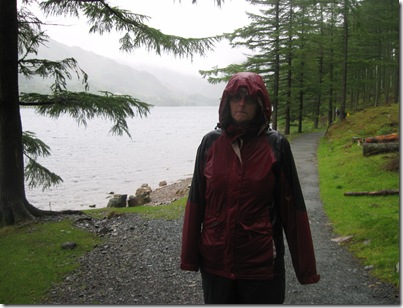 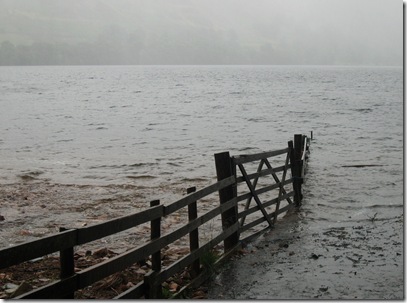 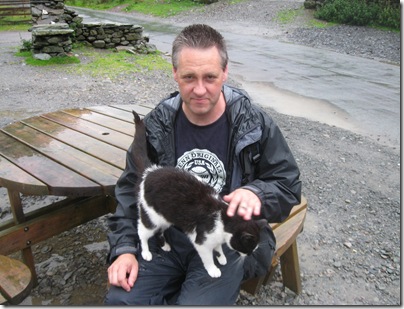 A soggy moggy we befriended halfway round. 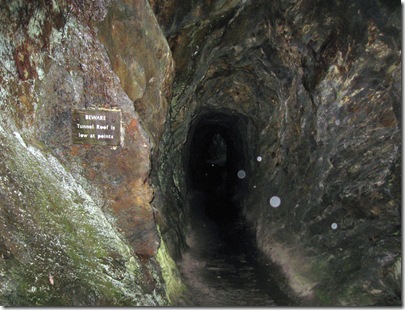 After 2 hours and five and a half miles of easy walking, we arrived back at the Bridge Inn where we had a giant pot of tea (no cake unless you bought a main meal) We really couldn't face going back to the caravan to eat, so stayed for a delicious Lancashire hotpot, a pint then back to the van.

The sun was trying to come out after we got our showers, so we dashed to the Skelwith Bridge Hotel for a quick drink before it started up again. Then it really started to rain!!!

I’m a wet caravanner - get me out of here!

After a very disturbed night, we bolted down a cup of tea and a croissant and packed up before the heavens opened again.  As soon as we passed the ‘Welcome to Lancashire’ sign on the M6 the sun came out.  Arriving back in Liverpool, we discovered they hadn’t had a drop of rain all weekend – Hmmm.

Ah well, all good fun and beats being at home!

Coming next…a week in Gozo, followed by our main caravan trip of the year, Ravenglass for five days.