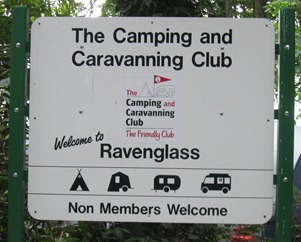 One of our favourite sites is the C&CC site at Ravenglass.

It’s a bit hard to get to (took us just under three hours this time!) but well worth the effort in our opinion.  Check out previous posts for reviews.

Arrived about 2.30 after a long, tiring journey and allocated pitch number 3.  An excellent pitch with a view of fields to the rear.

Excellent manoeuvring skills from D for a change, who finds it so much easier when nobody is watching!  Not the easiest of pitches to get into either. 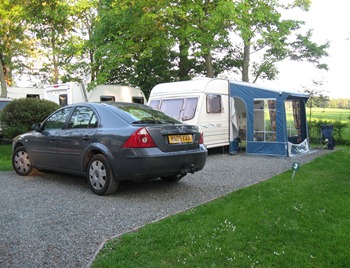 After putting the awning up we took a short stroll into Ravenglass village, which has a choice of three pubs.  We usually head straight for the Ratty Arms, but chose the Holly House Hotel this time because it overlooks the estuary and it was warm enough to sit outside (even for J!).  Seems to be popular with the locals and we got to overhear lots of local gossip.  Got charged a different amount for each round of drinks, but it seemed to work in our favour so we didn’t ask any questions.  £3.05 for a pint of Loweswater Gold and a half of lager was the cheapest round!

After a few drinks we headed back to the site to try out our new barbecue. A lot of campers seemed to have a notebook one which folds flat so we picked up one from Asda for £20.  To be honest, we weren't expecting great things, as our previous ones only stayed hot for about 30 minutes. This one is great as it holds loads of coal so we managed to do  burgers, sausages (WeightWatchers approved no less!) and some chicken kebabs and it was still piping hot afterwards. 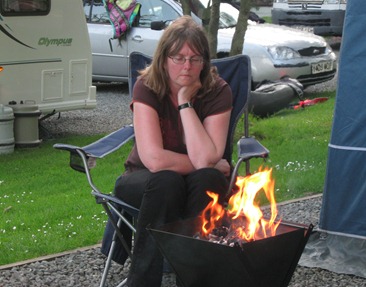 No expensive gas barbecues for us!

Afterwards we headed back into the village, to the Ratty Arms for a music and song session with the visiting morris dancer groups.  Instead it was just a group of people sitting in a corner playing folk music.

The plan for today…a walk and then a drink in the King George IV pub whilst watching the morris dancers. 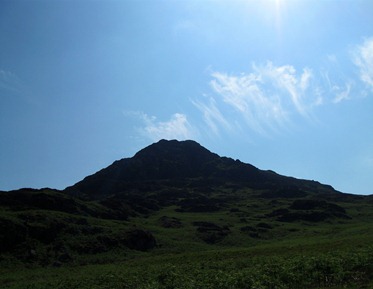 Not to be confused with Harter Fell (Mardale), which we’ve also done!

A very warm day to start with, so progress was painfully slow with plenty of stops…to admire the view!  Whilst “admiring the view” halfway up we were overtaken by a seemingly endless procession of fell runners.  Two people near the back were talking…

The things people do for fun! 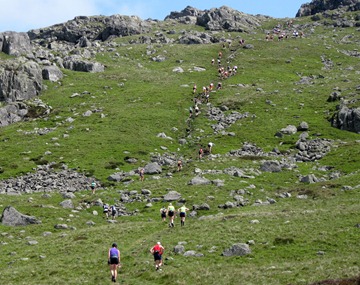 I wonder which way it is to the summit?

When we eventually made it to the top,  The runners were long gone! 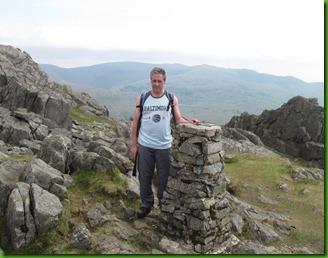 On the way back to the car we made a slight detour to look at the Hardknott Roman Fort. 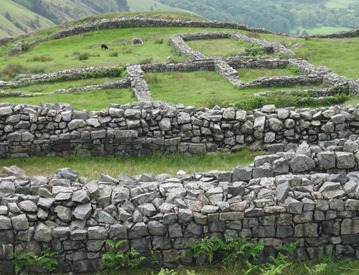 And made a new friend. 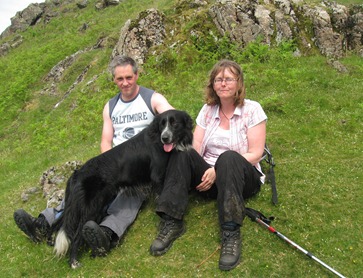 And so to the Locomorris dancers, at the King George IV pub. 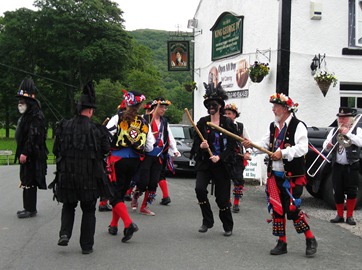 Great fun.  There are more pics in the gallery and a couple of videos… 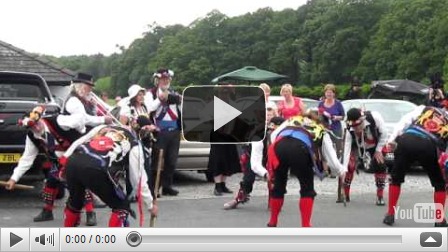 The odd car spoilt it a bit! Lot’s of long white beards in evidence this weekend, D thinks he might grow one when he gets older, and a pony tail.

We ended up having a sandwich and some chips in the pub.

Back at site, we sat around the caravan for a while and then headed back to the Holly House Hotel for a quick drink before bedtime.  Still light at 11pm, oh happy days.

Normally we would be packing up and heading for home, but not today.  Instead, a big breakfast, listened to a bit of the Archers on radio 4, and then off for a trip on the Ravenglass to Eskdale railway, to the village of Boot. 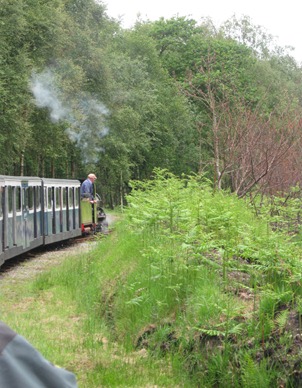 A very cold, breezy trip in an open top carriage, both of us stubbornly refusing to put on our fleeces!  J so cold at the end of the journey she put her fleece on over her handbag and the wrong way round!

A short walk took us to Stanley Force waterfall, which was quite impressive. 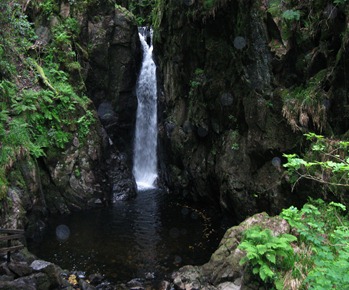 Then, with a bit of rain in the air, we headed to the Boot Inn for lunch.  2pm on a Sunday and only about half a dozen customers.  In Liverpool we can’t even get into a pub at 2pm on a Sunday!

There is another pub in Boot, the Brook House Inn, and we thought we would give it a try too. 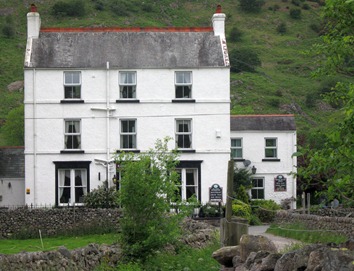 Again, only half a dozen customers.  These are our kind of pubs!  Just wish we could have stayed for the Sunday night pub quiz, but we had to catch the train back to Ravenglass. 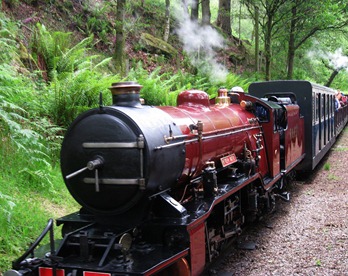 The plan was to have another barbecue but the weather was a bit iffy, so J cooked a nice meal in the caravan instead.  Salmon, new potatoes and salad, best meal of the weekend according to D.

Afterwards the weather started to brighten up, so we strolled into Ravenglass and had a walk on the “beach”.  A bit desolate or moody and atmospheric depending on which of us you ask.  Anyway, it was a good sunset. 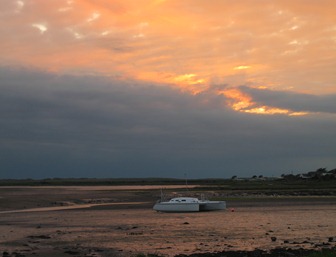 Popped into the Ratty Arms for a drink and ended up having two.  Lots of drinking this weekend!

*** Best beer of the weekend…regular readers will not be surprised to learn that it was either Langdale in the Brook House Inn or Loweswater Gold in the Holly House Hotel.  Apart from these two old favourites, Yates Golden Ale in the Ratty Arms was nice too ***

Including us, ten customers.  No music, no television, just a nice atmosphere, why can’t all pubs be like this?  Entertainment came courtesy of the couple sitting a couple of tables away.  Can’t really describe it, though.  Daft is the word that springs to mind, but in a nice, funny way.  Like a couple of children.  You probably had to be there.

All in all, an excellent trip.  Good site, good pitch, weather okay, no problems with the caravan or anything else.  D struggling to think of a better trip.

Coming soon…nothing planned, but hoping to get away again before the end of June.