Our longest caravan trip ever!

Our main caravan trip of the year and probably the nearest we will get to a holiday this year due to lack of funds after buying a new boiler, caravan and car earlier in the year!

We went to Park Coppice, Coniston, a few months ago and liked it so much that we decided to return for a longer stay (after finding out we couldn’t get in to our first choice - Castlerigg Hall, Keswick). 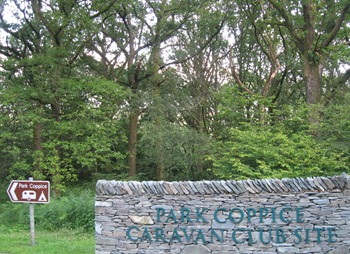 We originally booked for three nights, but extended it to four and then five, making it our longest caravan trip ever!

Last time we visited the site was almost empty.  This time it was much busier but we still managed to find a pitch we liked, which would have been good if D had been able to get into it!  Instead, after an embarrassing display of reversing, we ended up in the pitch next to it, which was just as good! 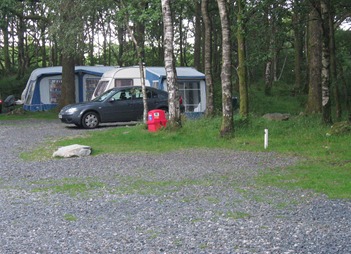 Awning up, we set off for Torver and the Church House Inn which was to become our pub of choice for the weekend.  D enjoyed a taster selection of beers but quickly reverted to Loweswater Gold. 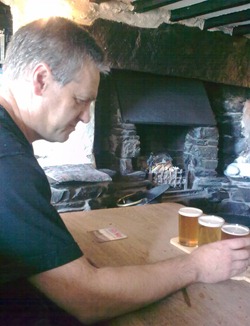 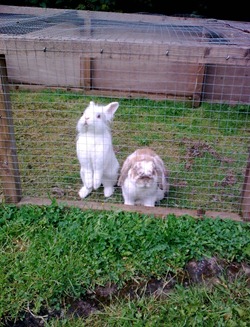 Cute rabbits in the beer garden

Afterwards we returned to the site and had a barbecue.

Today’s objective - Stickle Pike, 375 metres, about 5 miles.  Glorious weather.  A bit too glorious in fact, resulting in both of us getting a bit sun burnt. 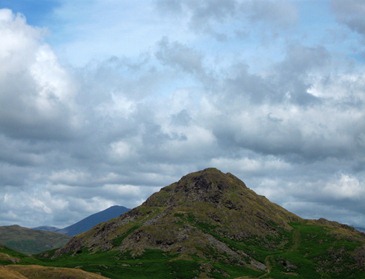 Stopped off at Broughton-in-Furness on the way back for a quick drink.  A nice market town, although very small.  Picked up some fruit and a bit of local cheese.  Not cheap though - a pot of potato salad was £3.50!

In the evening we headed into Coniston, passing through a very crowded camp site on the way (Coniston Hall, I think).  Lots of groups playing loud music, more like a festival really, not at all our thing.

Coniston country fair.  Popped into Coniston first to get cash and hats and sun tan lotion (another sunny day forecast), which resulted in us missing the terrier racing!  Lots of other things going on, including… 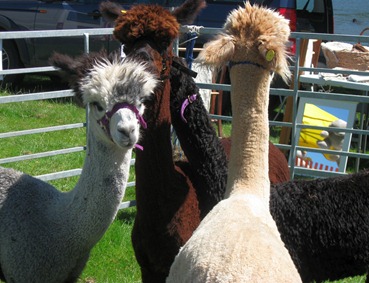 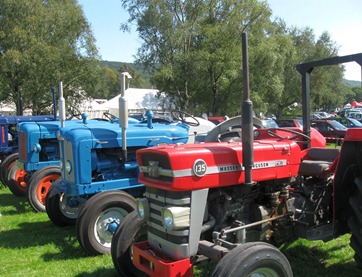 All in all, a good day out.

Weather still very hot, but we had sun tan lotion today to prevent our sunburn from getting burnt!

Back to the Church House Inn after dinner in the caravan and we stayed for the Sunday night pub quiz.  We didn’t win but didn’t come last either, and were runners up in a bonus question at the end.  The question was: What is the sum of the following?:

The answer was about 9,500 miles.  It was won by some visiting Americans, so I guess we never really had a chance!

Weather glorious again, so we asked at reception if we could stay another night.  D had booked the whole week off work, so it seemed a shame to waste the day at home watching rubbish on tv!

Because it was still hot, we decided to drive into Hawkshead in the morning, and walk in the early evening instead.  Had a nice jacket potato in a pub there, and a wander round the shops.  Got back to the site and lazed around the caravan for the rest the afternoon. 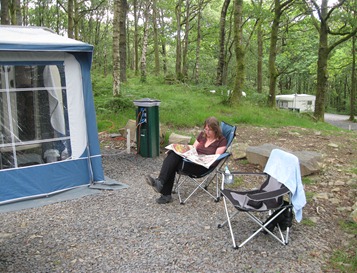 In the evening we went up Holme Fell, 317 metres, only a couple of miles.  Good view of Coniston from the top whilst we ate our sandwiches. 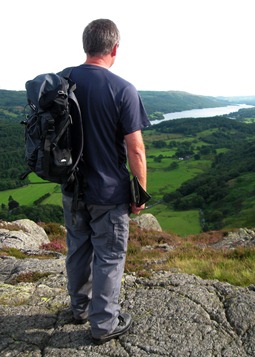 Afterwards we walked into Coniston and had a couple of drinks in the Sun Inn and then the Black Bull.  Olivers Light Ale from Coniston Brewery Co was D’s favourite beer of the weekend (apart from Loweswater Gold of course).  Got a couple of bottles to take home.

Nothing much planned, so we went for a stroll along the lake – a  circular route back to the site.  This turned out to be quite a long walk, but mostly flat. 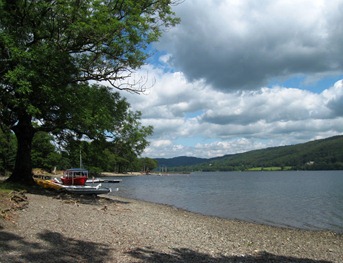 Returned several hours later via Torver and the Church House Inn, where we had yet more drinks.  Lots of drinking on this trip!  Came across some amorous cows on the way home! 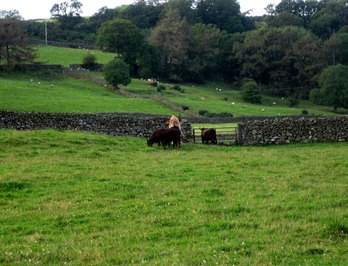 Homeward bound at last after out longest trip ever.  Thursday will be spent in Blackpool for the day visiting family then off in the caravan again to another club site in Wharfedale, Yorkshire.