Three nights in the sleepy village of Ravenglass, especially sleepy this time! 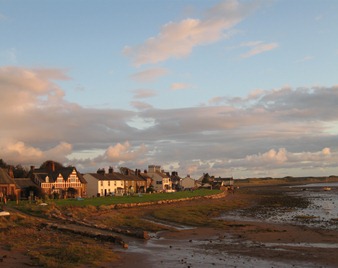 Arrived early afternoon and allocated pitch no. 19.  A good pitch, which we’ve been on before, but we’ve been spoiled recently with huge Caravan Club pitches.  C&CC pitches are a lot smaller.  Took a while to reverse in, and a fellow caravanner even came out, to ask if we would like him to move his car – the shame!

Spent a lot of time putting the awning up in preparation for the heavy showers forecast;  correct tensioning, positioning of poles and storm straps paid off, with no water pooling problem this weekend.  And it did rain quite a bit!  There was a bit of panic when the electric wouldn’t work, but it turned out to be a tripped switch on the hook-up. 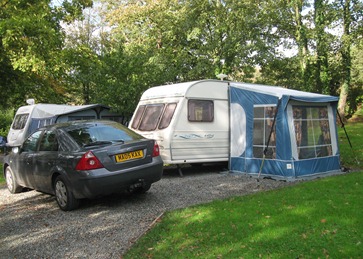 Afterwards we headed into the village, to the Holly House Hotel, for a quick drink.  Full of very noisy locals so we didn’t hang around.  Saw a really big cat, so big we thought it was a dog at first!

Got back to the caravan to discover a leaking water pipe.  Not sure how, but a jubilee clip had come loose, perhaps from travelling over bumpy roads.  Anyway, it was easy to fix, just a bit annoying.

Stayed in the caravan in the evening listening to Absolute 80’s radio over the heavy rain and drinking red wine.

A bit of a lie in today. We had originally planned to go walking  but after seeing the weather forecast we changed it to Sunday.

D has cut a piece of card to go under the skylight mesh as we were waking up too early.  It certainly did the trick as we didn't  get up till 9.30.  Had a cooked breakfast instead of the usual rushed piece of toast, as we usually have to leave early to get a car parking space at wherever we are starting our walk from.

Caught the steam (actually diesel) train to Boot and had a wander around between showers.  The journey was courtesy of Tesco as the Ravenglass and Eskdale Railway has been added to the clubcard deals.  Good job too as they wanted £24!

Boot is a nice little village with two pubs and not much else.  We did discover the Eskdale Watermill, though, a working mill open to the public and only £1.50 admission.  Managed to get past the guard cat! 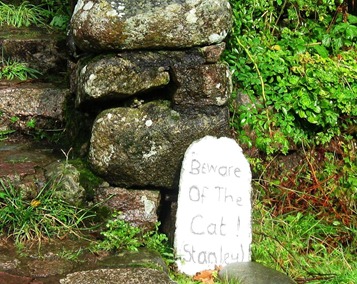 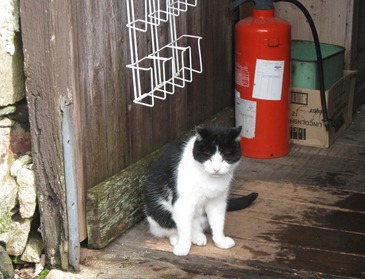 Lots of old stuff inside, including a mangle which D gamely had a go of 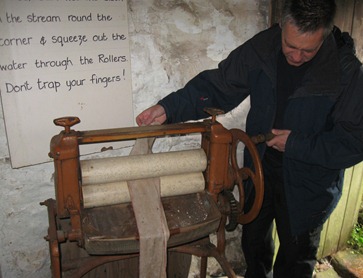 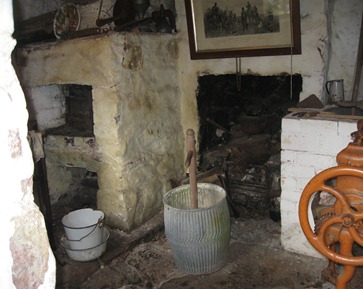 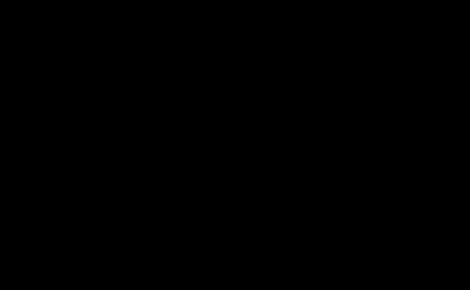 The watermill in action, note the torrential rain!

Had lunch and a couple of drinks in the Brook House Inn, one of our favourite pubs anywhere, then back to the site.

Found a battered Scrabble board in the information room and had a game as the rain hammered down.  J won by a mile!  Lots of tiles missing was D’s excuse.

Lost track of time a bit, so we didn’t go out until about 9.30.  Went to the Ratty Arms, which was very quiet.

Up early(ish) for a long walk.  8.5 miles, including the summits of Haycock (797m), Scoat Fell (841m) and Red Pike (826m).  Lost our way a bit as the clouds descended,  but once they passed we managed to get back on track.  Might look into getting a GPS.  Very wet underfoot after Saturday’s downpours, so we spent a lot of time avoiding deep puddles which added to the time.   7.5 hours in total with just a few breaks for something to eat.   3 pins for the Wainwright map! A very welcome drink in the Wasdale Head Inn (another of our favourite pubs), then back to the Ratty Arms for dinner. 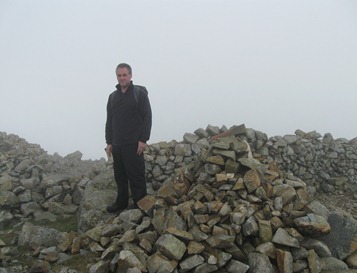 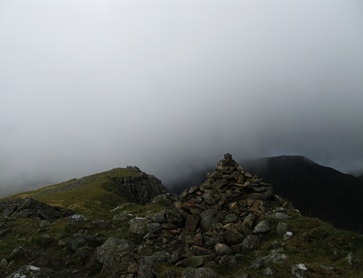 Tried to cut down on the drinking a bit this weekend, so we left about 9.30.  As did everybody else!  The barman said he was expecting some locals later on, so a quiet night’s work for him!

Up early again, so enough time for a couple of award winning local sausages before packing everything up.  Uneventful journey took about 2.5 hrs.

We have done pros and cons for this site many times and it always scores well.  However, after being spoilt by the Caravan Club facilities they could do with a bit of cheering up.

This article provided me with a wealth of information. The article is both educational and helpful. Thank you for providing this information. Keep up the good work. water pooling under house Sydney