Out first trip to Derbyshire this year.

The reason we go to Cumbria so much (apart from the scenery) is because all of our favourite sites are there and we haven’t found any we really like in Derbyshire, Wales, Shropshire etc.

But the Losehill Caravan Club site just outside Castleton gets a big thumbs up from us. 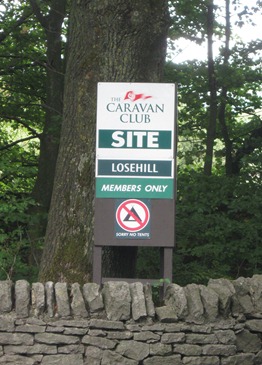 Like all CC sites, the facilities are excellent, and there are plenty of them.  But the best thing about it, is that it is less than half a mile from Castleton, along a road which has pavement and street lights, which is handy after a few drinks!  The village is at the western end of Hope Valley and is popular with tourists with four show caves as well as Peveril Castle. 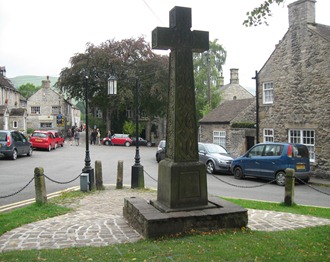 After a two hour journey due to roadworks in Stockport, we arrived early afternoon and chose a quiet pitch (no. 89) just off the main site.  Plenty of empty spaces when we got there but it soon filled up. 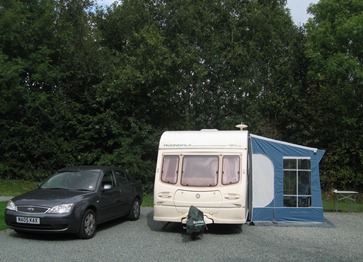 Got the awning up, complete with extra roof pole to prevent water pooling…not entirely successful but more about this later! After a quick sandwich and a piece of locally made bakewell tart, we strolled into Castleton to have a look around the castle.  It’s on a steep hill and it was a bit of a trek up the winding path 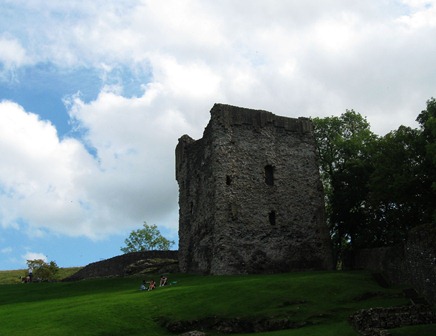 Halfway up was a welcoming bench, with a ginger cat that D took an instant shine to 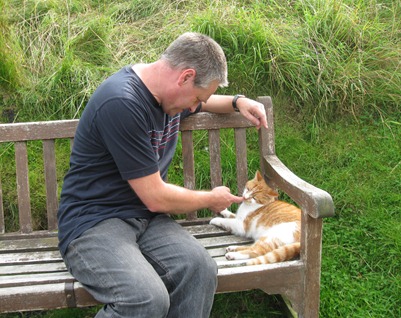 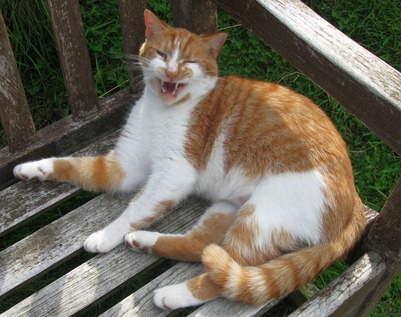 J not too keen though, as it wasn’t particularly cute! 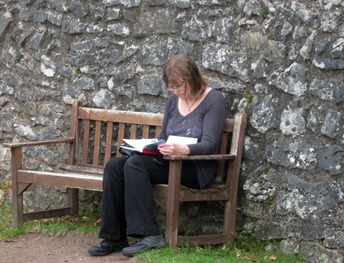 Swotting up on the history of the castle

Couldn’t find a bank anywhere.  It seems D got the village mixed up with one that did have one.  Just one free cash machine in the post office, but D’s bank was one of the few not accepted, so he had to get a loan off J.

So many pubs to choose from, it was difficult to know where to start.  But we had to start somewhere, so we popped into Ye Olde Nags Head, tempted by a sign saying that there was a pub quiz later.

Then into the Cheshire Cheese Inn.  Another nice pub, the early bird special (2 meals for £10) caught our eye and we stayed for pie and chips x 2.

After retreating to the caravan for a rest, we headed back to Ye Olde Nags Head for the pub quiz.  Didn’t do very well (31/50), but spirits lifted considerably when the barmaid came round with a large tray of complimentary sandwiches, followed by a bowls of chips for each team.  We were hoping for dessert too, but it never came! 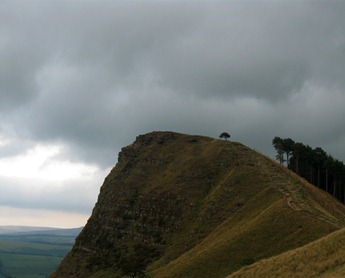 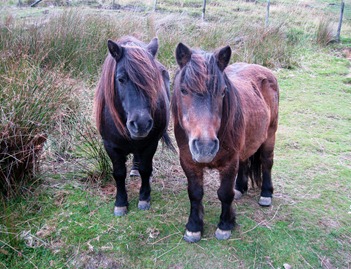 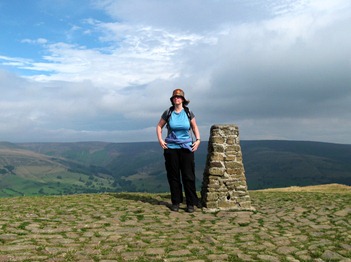 Returned via Cavedale, with excellent views of the castle and the ridge we walked along earlier in the distance.  The castle is virtually unreachable from this side back in the olden days, so it was almost certainly never attacked 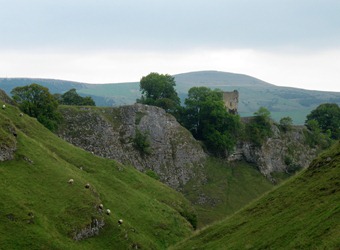 Lots more pics in the gallery.

After a drink in the Castle Inn, another nice pub, we popped into a small cafe.  A cherry scone cream tea made J’s day, then back to the caravan for the rest of the afternoon.

In the evening we returned to the Cheshire Cheese Inn.  A lot busier than yesterday, but we still managed to get a table and noticed some games dotted around the place, so we played a couple of games of backgammon.  A couple a few tables away were playing scrabble.  How good is that?  No TV, no games machines, no loud music, no pool table, just people sitting around playing traditional games and chatting.  All of the pubs we tried in Castleton were excellent and thoroughly recommended, and the other three looked okay too.  All served nice beer, with Goldblade (O’Hanlons brewery) being D’s pick of the weekend.

Perhaps the pubs were a bit too nice, we worked out afterwards that we spent about £50 over two nights on drinks alone, does that make us binge drinkers?!

Awoke to the sound of light rain.  Great, thought D, an opportunity to see if the extra roof pole had made a difference.  But it hadn’t, and there was a massive pool of water in the roof.  All it needed was a duck swimming in it!  Not sure what else to try.

Popped into Castleton for a sausage and bacon barm, then packed everything away (in the rain) and headed for home.

All in all, a very good trip with this site added to our list of favourites.  We will definitely be back, although we had to book this trip several months in advance so availability might be a problem.