Another new one for us.  This is a very commercial site right on the lake with just a few minutes walk into Bowness.  It boasts an onsite pub, cafe, deli and private launch area.  It’s mostly for statics and lodges but there is a small touring area.  Not the sort of site we would normally go to, but as the days are much shorter now we wanted somewhere where we knew there would be plenty to do in the evening.

Some excellent (empty) pitches for caravans or lodges, but way out of our price range!

The worst thing about the site is the earliest arrival time…2pm.  We phoned and asked if we could get there a bit earlier, but was told not a chance.  We arrived 15 minutes too early due to the traffic being very good, so hung around in a lay-by till 2 eating sausage rolls!

The pitches are a good size and have their own water and waste water disposal, and we especially like the way they are all separated by hedges, albeit pretty bare ones at this time of year. 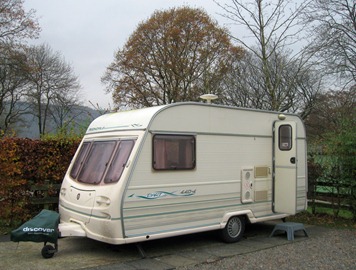 It’s right on the edge of lake Windermere… 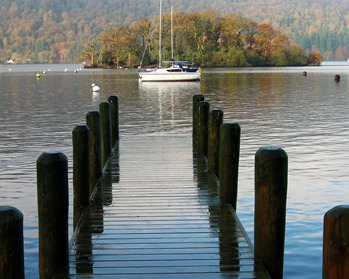 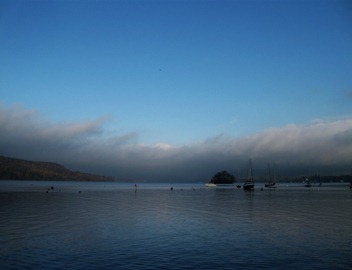 Lots of hungry swans and ducks… 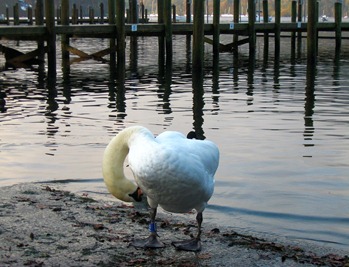 After a quick wander around the site we headed into Bowness and had a look around the shops and a quick drink in a couple of the pubs, our favourite the Old John Peel Inn.  Nothing to do with the much missed DJ of the same name.

Then we went to the Crown Carvery, which overlooks the lake, for a £3.89 dinner.  Not exactly busy, there were only half a dozen people in there after 9.30 0n both nights, but the food was very good and rivals the Toby carvery at more than twice the price. The Marston’s EPA was very good too (says D).

Up earlyish for a low level walk in the hills around Windermere.  High points Brantfell (191 metres) and School Knott (232 metres), so nothing too strenuous.  Excellent views of Windermere and the surrounding area… 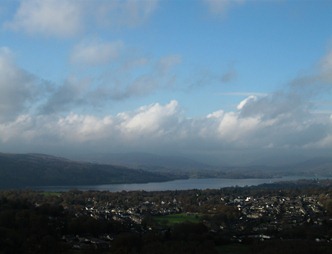 And some colourful sheep… 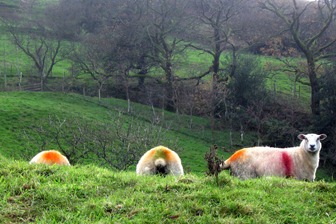 After about 3 hours, we ended up in the village of Ings, and had a late lunch in the Watermill Inn.  D had the Collywobbles – not caused by the salmon sandwich,  but a fine beer from the onsite brewery 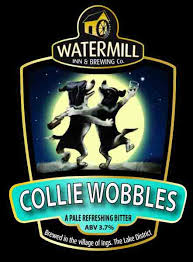 The bus only comes once every hour, so we had to keep an eye on the time.  D a bit tipsy after his 2 pints, (one was quite strong), and  armed with a couple of pilfered beer mats to add to the collection and one of their own fridge magnets (bought, not pinched) we made it to the bus stop with minutes to spare.

After a rest and showers we went into Bowness and ended up back in the Crown Carvery, our (surprising) pub of choice for the weekend.  No food, just a few drinks, then chips and a giant sausage from the chippy next to the site.

Left about 10.30.  Remembrance Sunday, so no Archers omnibus to listen to on the way home, just Nicholas Witchell describing the outfits of the wreath layers and lots of military music, would have been much better to see on TV

Overall a pretty good site which we will probably go back to around the same time next year, but not in high season.  Good for families.

Nothing planned.  We’ve drained all of the water out of the caravan in case we don’t use it again until next year but if the weather stays nice we might try to get away again.

Or we might consider hiring a static here for three nights…only £128, so cheaper than a hotel.