Hot on the heels of our last trip, a two night visit to Braithwaite Fold C&CC site in Bowness.

This is a new site for us, so let’s start with a review. 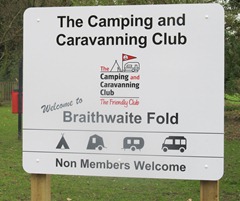 First impressions…very cramped.  Small pitches and not much room between them.  Maybe we have been spoilt recently with massive CC pitches, but this used to be a CC site and I would guess that the layout hasn’t been changed now that it is a C&CC one.

It’s very handy for Bowness, though, and for the ferry to get across to the other side of the lake.

Very friendly wardens who were just finding their feet…the site had only been open for one day.

We would return to this site when we next visit Bowness, but only if we can’t get into Fallbarrow Park, which is the other side of the town.

Arrived a bit later than usual because D had to work in the morning.  Had we arrived earlier we might have been able to choose a better pitch.  Lots of people sitting around watching as D slotted the caravan neatly into the narrow pitch.  No round of applause though! 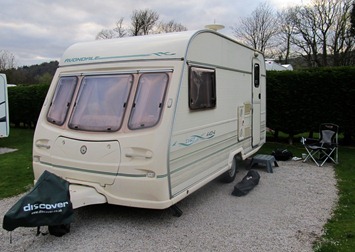 After setting everything up we headed into Bowness and for dinner a bowl of nachos in the Crown Carvery overlooking the lake.

The car/passenger ferry is only a short stroll from the site and we decided to take advantage of it to get to the other side of the lake. A friendly argument broke out over who sang the above mentioned song:  J said Chris de Burgh, with D disagreeing 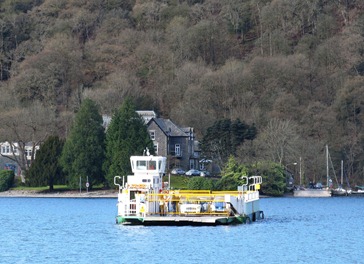 The plan for today, a walk in the hills generally called Claife Heights to the west of Lake Windermere.  The high point was to be High Blind How, 270 metres, but it wasn’t to be… 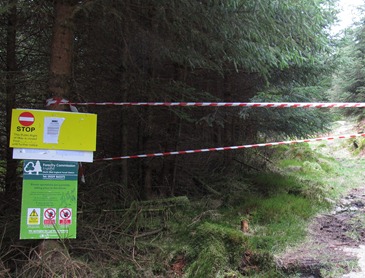 We made it nearly to the top though!

A highlight early on was Claife Station, an old Victorian viewing platform overlooking the lake.  Fenced off and in dire need of repair now. 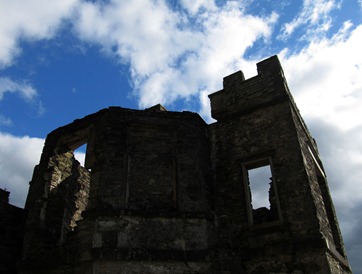 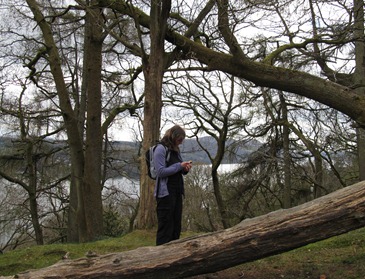 The blue sky didn’t last and it was cloudy for most of the walk, although it brightened up again later on.  A pleasant walk, away from the crowds in Bowness.

Not a great day for pics, but here are some more…

Before getting the ferry back we stopped off at the Cuckoo Brow Inn, formerly the Sawrey Hotel.  We came here several years ago but it has changed beyond all recognition, for the better I hasten to add.  It’s a hotel too, and gets universally good reviews on Trip Advisor.

We ended up spending a few hours there and had lots to drink, and a six cheese cheeseboard which we couldn’t resist after overhearing a group of lady walkers talking about it.  It was nice, but the ratio of crackers to cheese wasn’t right!

After drinking for most of the afternoon, we staggered back to the boat with  J insisting on the way back that Chris De Burgh said it was okay not to pay the ferryman. We decided to though as it was only 50p.

We couldn’t face any more drinks in the evening, so went back to the Crown Carvery, for a carvery meal and a soft drink, then an early night.

Disconnected the pump because freezing temperatures were forecast, and it did turn out to be a pretty cold night!

Up early and on the road by 9.45, which meant J could listen to all of the Archers on the way home.

Drained all of the water out of the caravan again…winter isn’t over yet, we think!

A non caravan trip to the Isle of Mann and then somewhere in the caravan towards the end of April.

***Chris De Burgh did indeed sing the above mentioned song, so apologies to J for doubting her!