The CC Park Coppice site is a great site but there are too many pitches to choose from, so we always spend ages driving round and this was no exception.  The first pitch we chose wasn’t very level but we noticed an empty one just behind it, which was much better, albeit a bit shady.

After setting everything up we headed into Coniston and had a couple of drinks sitting outside the Sun Inn.

D could have managed more, but instead we decided to head back to the site and have a barbecue. 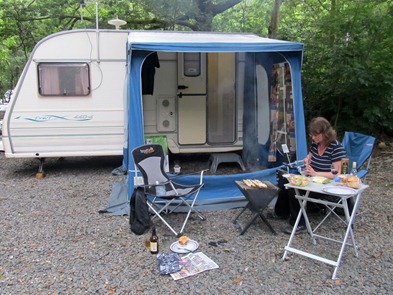 Today’s walk, a low(ish) level one around Tarn Hows and Black Crag (323 metres), with the added incentive of a geocache at the summit. 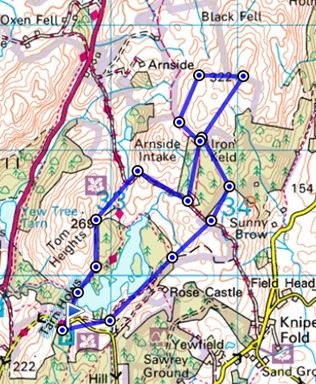 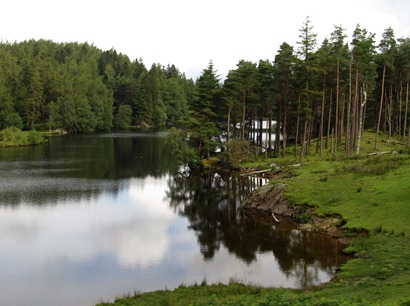 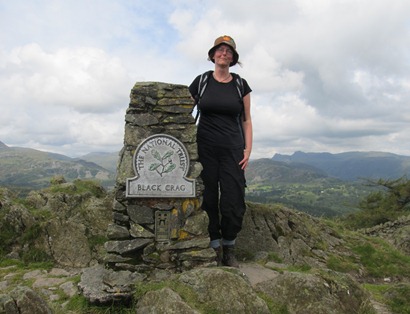 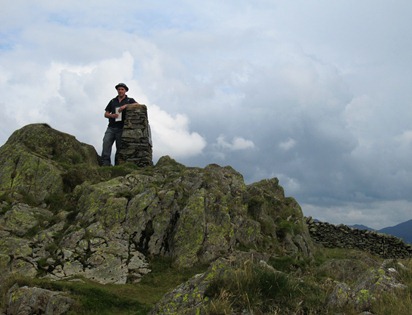 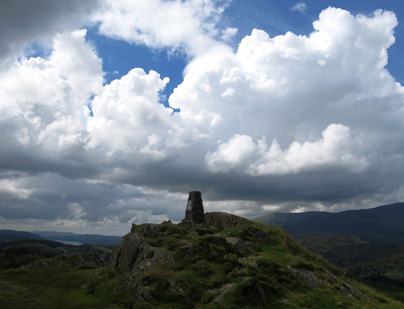 The summit of Black Crag 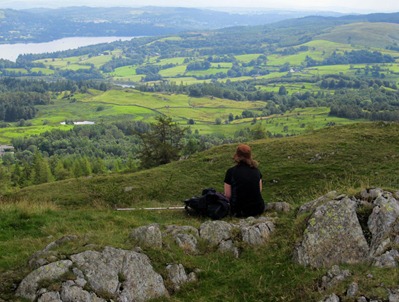 Windermere in the distance 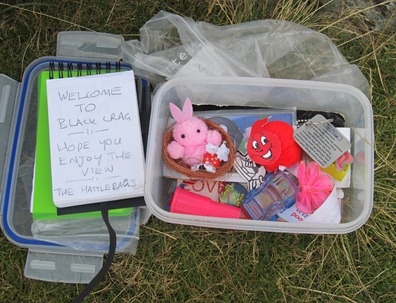 ‘Black Crag Delights’ geocache, we took some flower seeds and left a travelbug

Tarn Hows is quite touristy but once we got onto Black Crag we only saw a couple of people.  Good views of bigger fells at the top.  There are more pics in the gallery.

Got back to the site earlier than usual and spent a while relaxing outside the caravan.

After dinner we walked into Coniston and sat by the pier for a while. 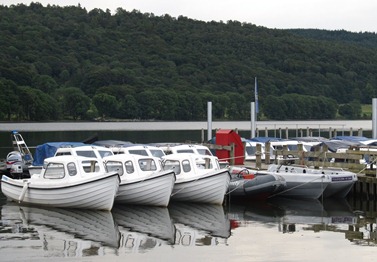 We were about to leave when a little girl who was paddling in the lake stepped in some mud and her shoe got sucked off!  It was nowhere to be seen.  After much swearing and shouting, they sent the kids in after it, rummaging around in the mud.  Then the mum had a go.  Eventually the dad managed to find it.  More entertaining than it sounds, especially with their dog Oscar running around.

Excitement over, we headed into the village and had a couple of drinks at a couple of pubs and then headed back to the caravan.

Drove to Hawkshead for lunch, then another walk in the afternoon. 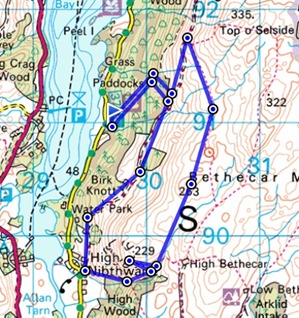 Our first outing to the east of Coniston, but no summits of note.  Good views of the lake and Coniston Old Man, but lots of grey cloud. 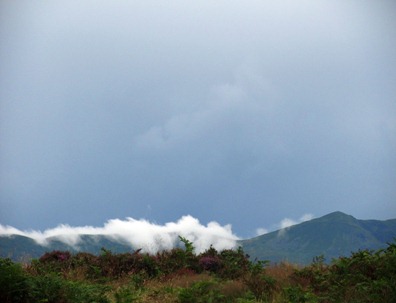 Best pic of the trip?

Another geocache at the summit of Brock Barrow.  In it, was a figure of  Captain Jack Sparrow.  D really wanted it, but written on the front of the log book was ‘Ninja Pirate’ so we thought it was meant to be there guarding the cache so didn’t take it. 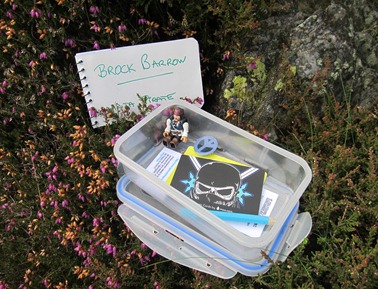 A few minutes later we realised that it was actually the cache owner’s username so D ran back and took it out. We will attach a travel tag on to him and send him on his travels some time soon! 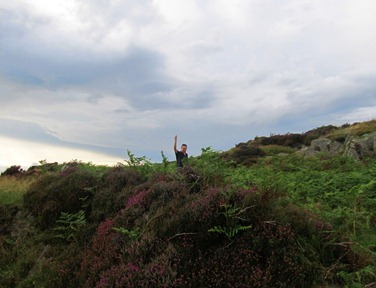 Afterwards, a quiet night in.  We were going to go to a pub quiz at the Church House Inn but the walk was tougher than we thought it would be and we were too tired.

Awoke to the sound of rain and had to don waterproofs to put everything away, including the awning.  Well, D did – J did the inside jobs and stayed very dry!

Nothing booked until the beginning of September, a three night trip to Castleton, Derbyshire.  Might try to get away before then but everywhere is sooooo busy during the school holidays.