A three night trip to Hendre Mynach, Barmouth, a new site for us. 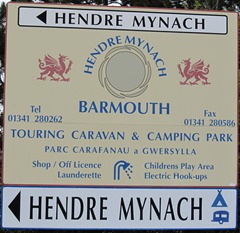 Great location, about a mile from Barmouth town centre, near the beach, good sized pitches, good facilities, friendly staff, and surprisingly quiet at night.  Surprising because it is a really big site.  As well as lots of pitches for caravans there are a couple of large fields for camping, but these were pretty much empty.  It probably gets very busy in the summer, but at this time of year it’s hard to fault.

If we were being really picky, we could point out that the on site shop is rubbish, or that there is no heating in the toilet/shower blocks.

We will definitely return, maybe in the autumn.

Arrived around 1.30 after an uneventful journey on A roads rather than motorway.  Stopped for lunch near Bala, overlooking Llyn Tegid.

Toyed with the idea of putting the awning up but decided against it, so a very quick set-up. 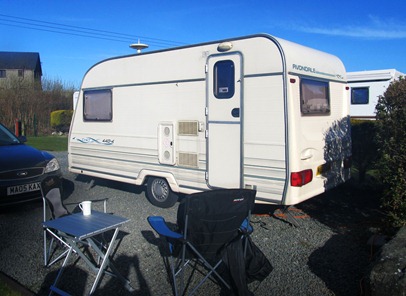 You can’t see the sea from the site, but the promenade and beach are just a short stroll away, across a railway line.  You have to walk right to the end of the site to get to a crossing, which would be better if it wasn’t in the opposite direction to the town centre!  Walking back from the town, you have to go past the caravan to get to the crossing and this added about half a mile to the journey, but it is a nice walk.

We headed into town, enjoying the nice weather, and had a look around and an ice cream.  There are a few pubs in the town and the ones we tried were nice enough, especially the Last Inn which became our pub of choice for the weekend.  We liked it so much we booked a table for dinner on Sunday night.

Got back to the site quite early and had dinner in the caravan, then listened to the radio and did a bit of reading. 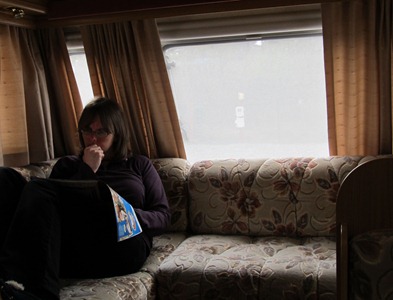 New curtains, much nicer than the old red ones.

The plan today was to walk from Barmouth to Penmaempool along the Mawddach trail, an old railway line which follows the estuary, and then get a bus back.  We have cycled this route before, but haven’t walked it.  About 9 miles, but completely flat. 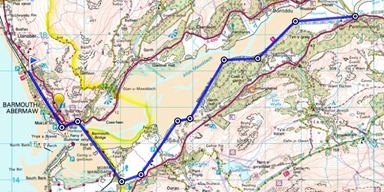 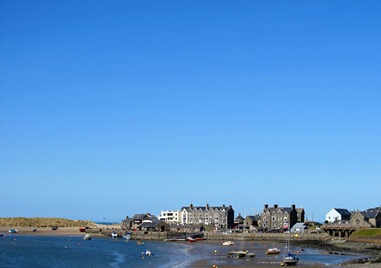 Barmouth from the bridge across the estuary 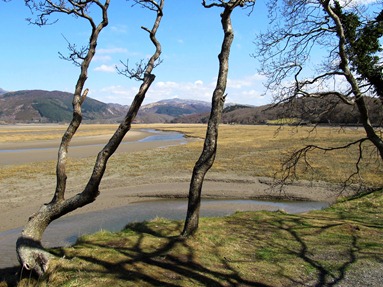 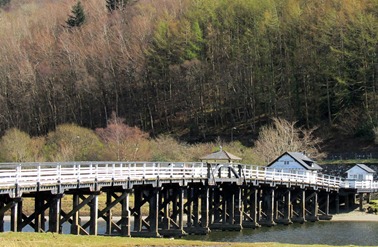 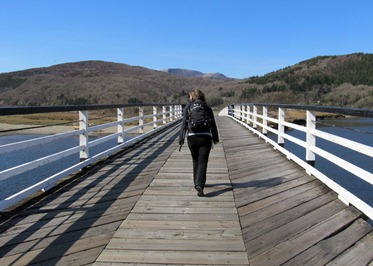 There are more pics in the gallery at the end.

We made it back in one piece and the weather was so nice we decided to have a barbecue.  Fairly successful, but the coals didn’t stay hot for long enough so we had to leave some of the food.

Afterwards we strolled to the beach to catch the sunset. 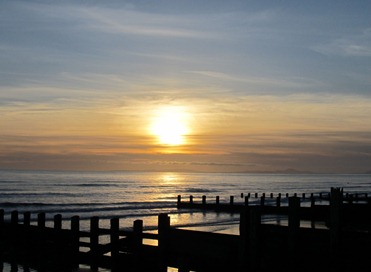 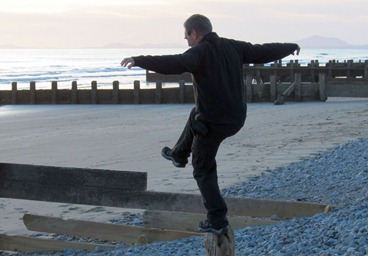 What a difference a days makes.  It was grey and cloudy when we woke up and then it started raining.  We drove into Barmouth for their “massive car boot sale”, which turned out to be three stalls, and then made a fabulous find in a discount shop…a handheld hoover for £19.99.  Not a rechargeable one, but one with a power lead.  We’ve had rechargeable ones in the past and found that they don’t work.  This one is great – we are easily pleased

Then lunch in the caravan, until about 2pm when D had had enough and had to get out.  We headed up into the hills above Barmouth in light drizzle. 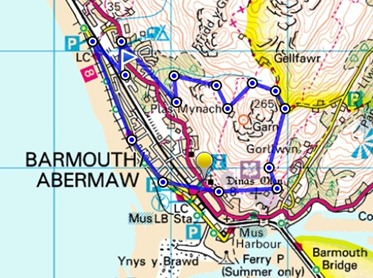 Not very nice weather to start with, but it soon cheered up and it was blue skies when we got back to the site.  Great views overlooking Barmouth, but the camera batteries (and the spare ones) ran out on us, so not as many pics as there would have been otherwise. 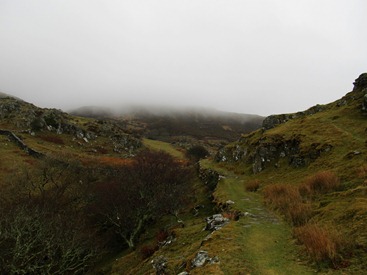 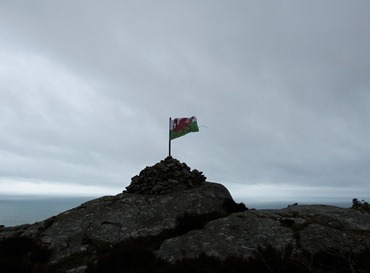 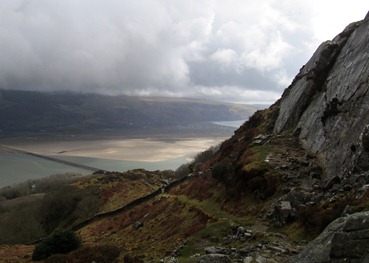 Dinner at the Last Inn in the evening.  We needn’t have bothered to book, there weren’t many people there, but dinner was really nice, as was the beer, which is unusual for Wales!

We woke up very early and left about 9am.

Here are some more pics.

Two nights at Black Beck caravan park, Newby Bridge, Cumbria.  Another new site, chosen because according to their website you can buy a new Atlas Florida Excel static caravan for just over £12,000.  What’s the catch?  We’ll find out next weekend!