Our first ever trip in December!

We’ve never been away in the caravan in December before.  Or January.  Will this change in 2014?  Nothing booked, so could go either way, watch this space.  Anyway, we think we are officially winter caravanners now!

The venue this weekend, Riverside Touring and Holiday Home Park, Betws y Coed, because the weather forecast for Wales was better than elsewhere and the site is only a short walk into the village.  The weather turned out to be pretty good, just a bit of light rain from time to time, and not so cold that we had to worry about the water freezing.

There were only a handful of other caravans and motorhomes on site when we arrived, and it stayed that way for the whole weekend.  The holiday home season must have ended because they were all unoccupied. 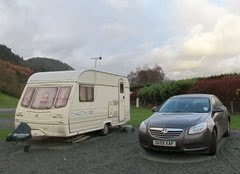 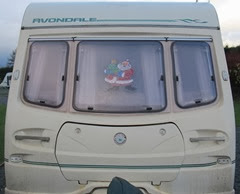 We tried to get a bit festive this weekend!

After setting everything up, including a mini Christmas tree, we strolled into Betws y Coed and ended up having an early dinner in the Royal Oak.  The village was looking quite festive, but the snow in the pic below wasn’t real! 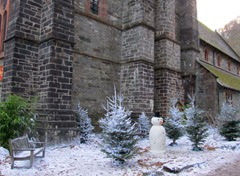 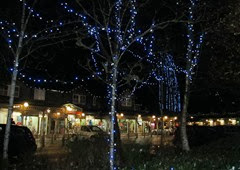 We got back to the caravan quite early and spent the night listening to the radio and reading.

Up early and a short drive to Capel Curig.  Before setting off, J put some chicken in her latest gadget, a slow cooker, and left it cooking.  The high point of today’s walk around Capel Curig was Clogwyn-mawr, 347 metres. 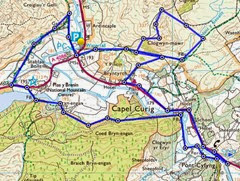 A pretty good walk with excellent views of the surrounding hills and mountains, including Moel Siabod, which beat us on our last visit to the area when the weather nowhere near as good as it was today.  We did think about having another go at it, but didn’t have the right OS map, so we played it safe instead.

Our new caravan?  Actually a nicer colour that our ageing Avondale! 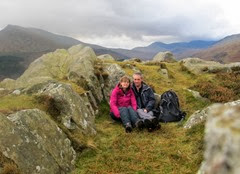 A rare pic of both of us at the summit of Clogwyn-mawr thanks to the camera self timer. 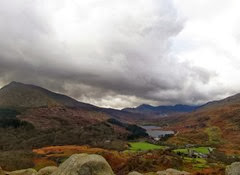 We got back to the car around 2pm and didn’t want to go back to the caravan straight away, so we drove to Llanberis instead.  It was pretty quiet, with a lot of the shops and pubs shut, presumably for the winter.  The train to the summit of Snowdon wasn’t running either.  We didn’t hang around and went to Beddgelert instead, which was also pretty quiet.

Back in the caravan we sampled the delights of the slow cooker, accompanied by a microwave jacket potato…delicious!  Then we walked into the village and had a couple of drinks.

Left early as we had to get home to host a family party.

No caravan trips planned.  A hotel trip to Castleton, for twixmas, and in January we usually stay in a self catering apartment in Grasmere.  We might try and get away in the caravan some time in January, though, so that we can say we are all year caravanners.

Pictures look great we just got a caravan, we are getting our insurance sorted and then we are going on our joys! I cant wait!

Hope you enjoy caravanning, we are hoping to get away again soon weather permitting.