The Caravan Club site at Coniston is one of our favourite sites.  A bit shady for some, maybe, but we like the fact that the pitches are set amongst trees and a bit more secluded than some other regimented sites.  It’s a massive site but it doesn’t feel like it.

Arrived to find the site very busy, so much so that we drove around a couple of times looking for a suitable pitch.  A lot of the pitches slope quite a bit, so we were trying to find a level one.  We finally found one that took a lot of getting into, luckily there was nobody around to watch! 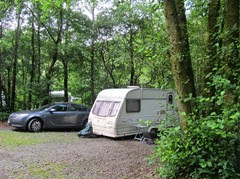 Second outing this year for our bikes, so we cycled into Coniston.  It takes about 40 minutes on foot but we did it in around 10 on the bikes.  Cycled through Coniston Hall campsite, which was very busy.  A couple of drinks outside the impressive looking Sun Inn, then back to the site for a very successful barbecue. 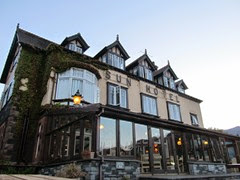 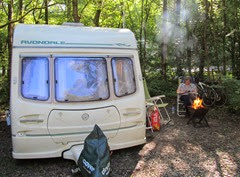 Afterwards we got on the bikes again and cycled to Torver, the plan being to visit the Church House Inn, only to find it has closed down!  Only 6 pubs within walking (or cycling) distance of the site now.  We retraced our steps and ended up back in Coniston.  It’s great having the bikes, we wouldn’t have been able to do that on foot.

Up early to tackle Dow Crag (778 metres)…and Brown Pike and Buck Pike on the way. 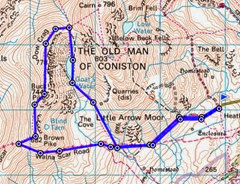 A bit of unfinished business, we tried to do this a couple of years ago only to be driven back by wind and rain, but no such problems this time. Very hot and sunny, so we took our time.  We even considered continuing on to Coniston Old Man, but we’ve done it before and it was a really hot day! 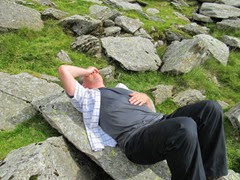 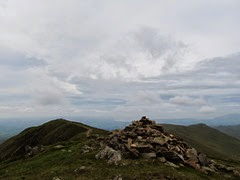 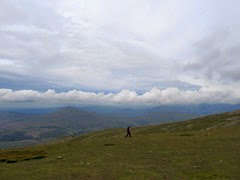 On the way back we stopped off in Torver and tried the other pub in the village, the Wilson Arms, which we weren’t keen on when we tried it a few years ago but liked this time.  A really big beer garden, with pigs and goats in fields next to it.

It rained quite a bit in the evening so we stayed in the caravan.

Headed into Ambleside after a leisurely breakfast, then stopped off in Elterwater on the way back, to try the village pub.  D has a map of lake district pubs and is ticking them off.  Like ticking off wainwrights but much easier!

Cycled into Coniston in the evening, taking a few pics on the way, and then had a really nice fish and chips by the lake. 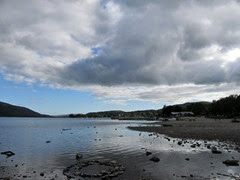 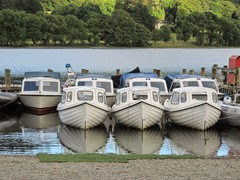 Then we headed to the Sun Inn, which was almost empty.  The world cup final was on upstairs, and there were people up there.  We didn’t watch it, but could hear the commentary.  It didn’t sound great so we left at the end of normal time and all but missed the sunset… 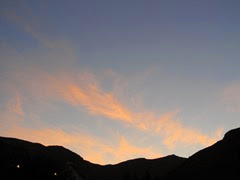 Popped into the Black Bull, which was actually empty, and after another couple of drinks it seemed like a good idea to cycle back to the lake, which was also deserted. 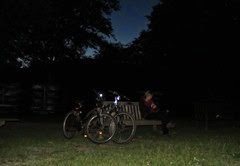 Breakfast with a regular visitor to our pitch… 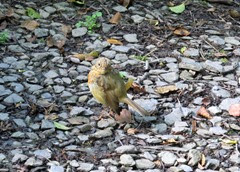 Every time we sat outside it appeared.  We think it was the same one but they all look the same, don’t they?  That’s probably what he was saying about us!

A family trip to Windermere, primarily to visit the Hawkshead Brewery summer beer festival in Staveley.