Our fourth new site of the year, and a new site in general…Sunny Oak, Whitchurch.  It’s only been open a couple of months. 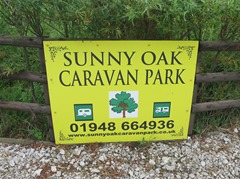 Smaller than most sites we usually go to, we were swayed by pics of their excellent toilet/shower facilities and close proximity to The Willeymoor Lock Inn, a pub we have been to before and liked.

On arrival we were met by the very friendly owner who explained all about the site.  Apparently he spent most of last year building the facilities block, and a very good job he made of it.  Adults only and no camping, although there were a couple of tents on the Saturday.  Negatives about the site…it is on the busy A49, so road noise was ever present, although it didn’t really bother us…we live on a bus route!  The grey water waste drain wasn’t working, so we had to use the chemical waste drain, and there is nowhere to sit in the showers.  Aren’t we picky!

Plenty of pitches to choose from. 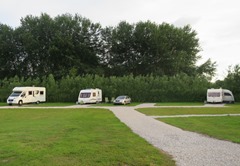 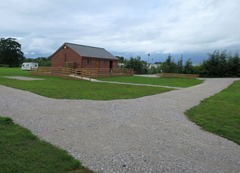 After setting everything up we went for a walk along the nearby Llangollen canal and did a bit of geo-caching.  Walked as far a Grindley Brook staircase locks. 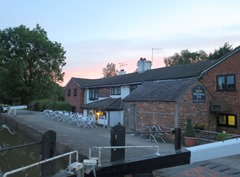 Lots to do today.  First we walked along the canal to Wrenbury, about 4.5 miles, and had lunch in The Cotton Arms, another nice canal-side pub. 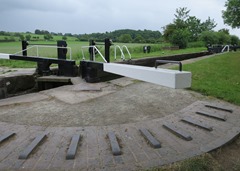 From there we got a bus into Whitchurch. Jus wanted to visit a church where the heart of the Earl of Salop was buried, and we did manage to find it. 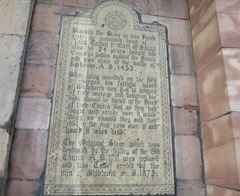 We stopped off at a couple of pubs in the town, and then had to walk back to the site along the canal…hard work in extreme heat after a couple of pints.

We just about made it, had a bit of quiche and salad sitting outside the caravan, and then went back to the pub.

It rained a bit in the night but luckily it stopped just as we started packing up.  This site is only an hour from home, so we were home before midday.

We liked this site and will visit again when we want to go somewhere not too far from home.

Three nights at the C&CC site in Coniston.