It's getting busy, all of the places we wanted to go to this weekend were full so we had to settle for Skelwith Fold.  It's an ok site, handy for Ambleside, but not one of our favourites.

A Thursday start, so not much traffic, but we'd been travelling for about an hour when we realised we'd left all of our bedding and towels at home!  Not a good start.


We managed to get a really good pitch.  One of the things that we don't like about Skelwith Fold is that it is a bit car parky, with caravans lined up next to each other, but not our pitch.  A caravan on one side and a tree on the other, so not at all cramped. 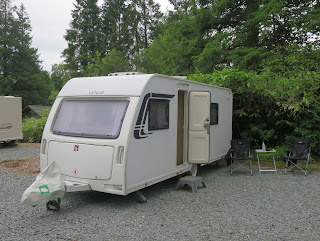 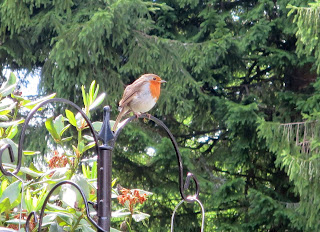 Then it was off to Kendal for a bit of shopping.  We got everything we needed, designer towels from TK Max and bedding from Argos.


Got back to the site around 5pm and just sat around enjoying the peace and quiet, followed by a BBQ and a stroll around and just outside the site. 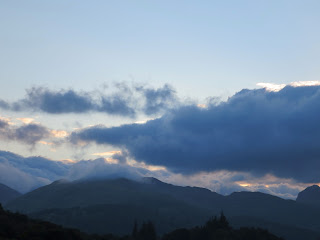 Not very nice weather when we woke up, so we waited for it to brighten up a bit before tackling Cold Pike from the not too far away Wrynose pass (701 metres).  Our 100th of 214 Wainwrights.  Our goal this year is to get to 107, halfway. 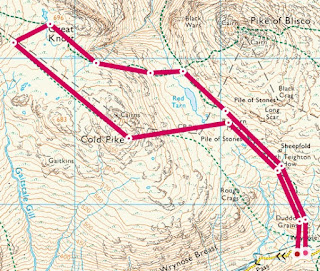 Crinkle Crags and Bowfell looked very tempting in the distance, but we stuck to our original plan. 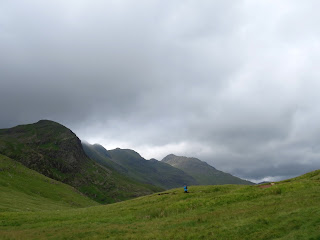 Not much in the way of blue sky. 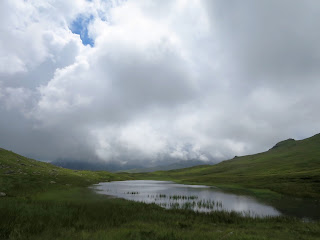 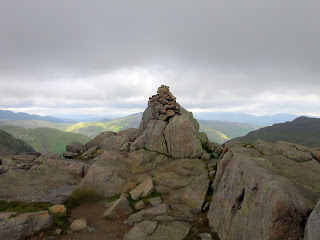 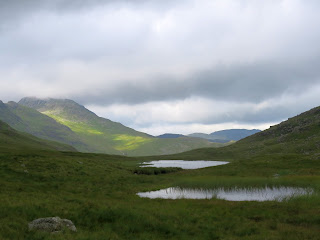 The site was much fuller when we got back mid afternoon, and the Crazie Caravan Krew had arrived, complete with 6 metre flashing LED flagpoles and flags.  So much for peace and quiet.  Two caravans - I bet they were really annoyed when they couldn't get a pitch next to each other, as, probably, was the unfortunate caravan stuck between them.  The occupants of the 'vans were pretty much what you would expect from the flags - noisy, hysterical laughter and loud voices late into the night.  No children, just childlike adults.  They did shut up at 11pm, though. 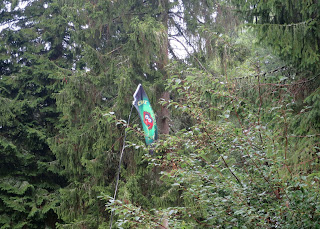 We went for a stroll to the Drunken Duck pub, just over a mile away.  It's a really nice pub to sit outside, with a canopy to shelter you from the elements, although not at first today... 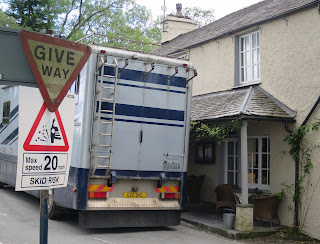 Luckily it moved after about 15 minutes. 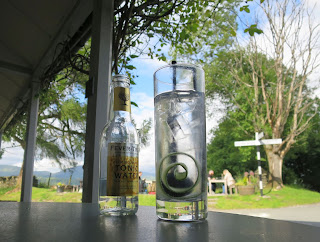 The site was full to bursting when we got back!

Heavy rain all day.  We went for a walk in it to nearby Wray Castle but didn't go in, having read reviews saying that it was more suited to children.

The look on the cows face just about sums up the day... 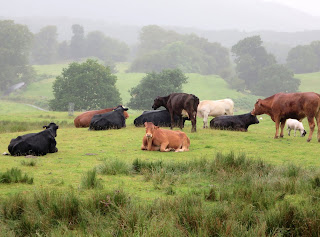 In the evening we drove into Ambleside and had dinner in Zeffirelli's.  We got a good table at the back, but after dinner as we waited for a jazz band to start playing a party of four adults and four children turned up and sat next to us.  On went the gameboys and phones, unmuted, so we couldn't really enjoy the live music.  It didn't help that some of the set was pretty quiet.  We only stayed for the first half.

Not a great journey home, there is a nasty hill start at a junction near the site which D made a mess of, but we made it in one piece.  The search is on for a better, more powerful towcar.

The Hawkshead Brewery summer beer festival.
Posted by Our Caravan Blog at 20:13