Our second visit of the year to the Windermere C&CC site, primarily for the Hawkshead Brewery summer beer festival. 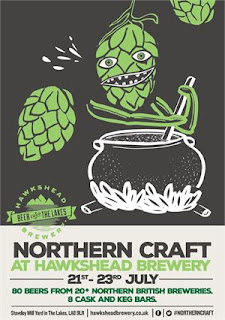 
A Thursday start for the beer festival, so a Thursday start for us, which meant very little in the way of traffic.  When we arrived we asked for a pitch on a part of the quiet part of the site known as "the mound" and we were delighted when we were shown to a pitch overlooking fields.  One of the best pitches on the site.  We very rarely get a pitch with a view.  An excellent start. 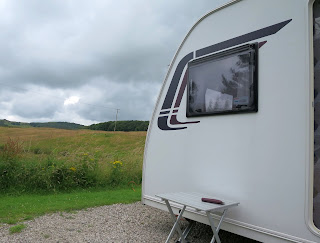 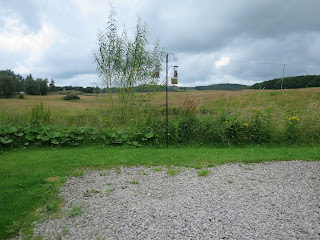 After sitting outside the caravan for a while, taking in the view and enjoying the mid week peace and quiet, the lure of the beer festival became to great and we set off across the fields to Staveley.

So many beers!  And a couple of lagers for J, who isn't really a real ale fan.

D sampled about a dozen, half's not pints, but paced himself well and was ok when we decided we had had enough at about 9.30pm.  It was the first day and mid week, so quite quiet, and we had no trouble finding somewhere to sit.  We think there were a lot of locals today and we even recognised a few people from last time.  Size and features do make some people more memorable than others!

A very warm day today, although lots of grey cloud around. 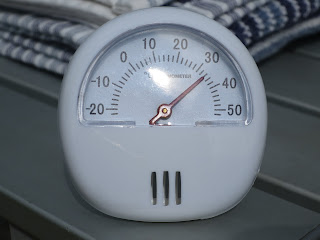 Ok, the thermometer was in direct sunlight, so it probably wasn't 34 degrees, but we thought it was too hot for serious walking, and we wanted to go back to the beer festival later, so we decided to head for a nearby hill we could see from our pitch.  Just a slight detour on the way into Staveley. 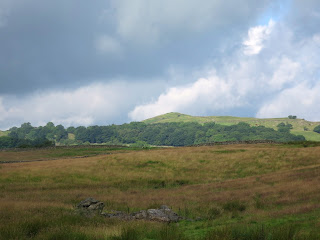 Kerris hill from our pitch 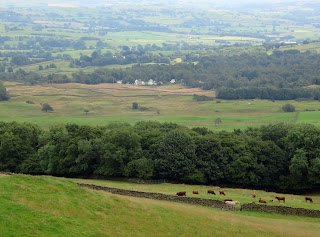 Our pitch from Kerris hill

We made it to the beer festival and had a few drinks and lunch.  Dressed crab for D, which was excellent. 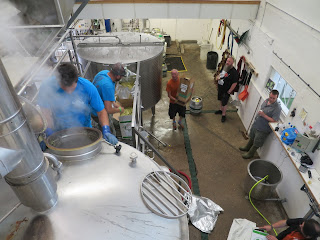 How beer is made

In the evening we decided to chance a barbecue despite ominous looking clouds.  It did rain for a bit, but we just about made it.  The fishy theme continued, with haddock skewers.

The site was pretty much full today, so not as peaceful as yesterday, but it didn't really bother us and it all quietened down at 11pm.

Some serious walking today to burn off the calories caused by excessive drinking!  Seat Sandal, 736 metres, from just north of Grasmere. 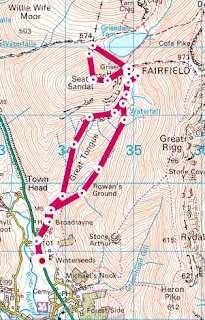 A long trudge uphill to start with, on a hot and humid day, followed by a steep climb to the summit.  We made it, just about!  Excellent views of pretty much all of the big hills in Cumbria. 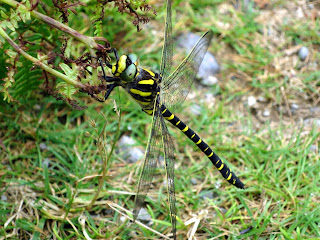 A dragonfly we came across on the way 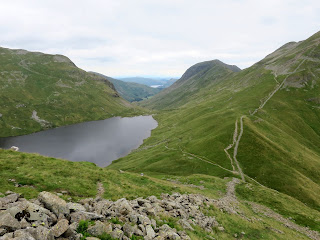 Grizedale tarn, with Ullswater just about visible in the distance 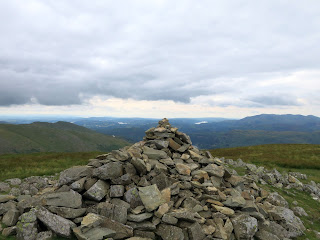 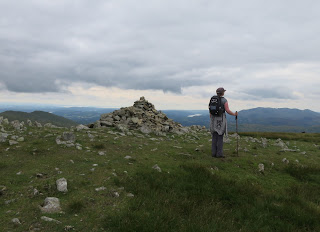 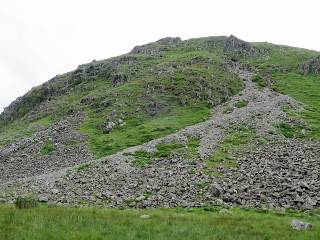 It doesn't look it in the pic, but this was a really steep path to the summit!

In the afternoon we had a stroll around Grasmere and got back to the site around 6pm.  All "beered out", we decided to give the last night of the beer festival a miss.  Instead we had pizza and tea sitting outside the caravan.

We did go for a short walk to check on our geo-cache... 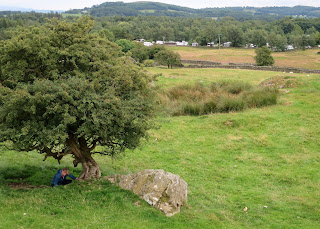 A slight negative this weekend was a complete lack of interest in our bird feeder.  Except this morning, when we had about half a dozen at a time.  It must have taken them a few days to find it.

Despite checking everything twice D forgot to raise the jockey wheel, but a horrible noise soon alerted us to this fact even before we had left the pitch.  A bit embarrassing, but could have been worse!

All in all, a great trip, maybe the best so far this year.  Who needs a static caravan.....

Nothing booked.  It's high season now so it depends where there are vacancies in a couple of weeks.