Our third...yes third...visit of the year to the Castleton CC site! 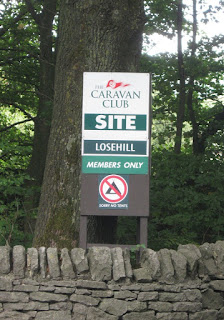 With most sites full or almost full at the weekend, we thought we would try a Sunday/Monday trip for a change.


Not a great start.  As we travelled along the B6049 we noticed a couple of road closed signs, but ignored them thinking it was the side roads that were closed.  But it wasn't, it was the road we were on, and we were stopped in our tracks just before the village of Bradwell!  As was a caravan behind us, and another behind that.  The diversion was no good because it was along a very narrow road through the village.

Luckily, a local driver came along and told us about an alternative route, via Hathersage.


It's not easy turning around with a caravan attached, but luckily there was a side road to reverse into, and after a couple of false starts D just about managed it.  The rest of the journey was uneventful and we had a good moan about it in reception with the occupants of the other caravans.


There were a lot of empty pitches to choose from, and we settled for a quiet part of the site, off the main road.  It stayed pretty quiet while we were there. 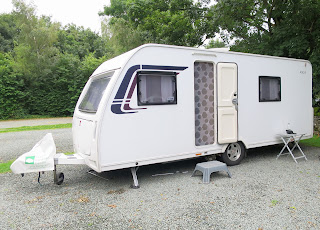 
Then it was back to the site for a barbecue, which we just about managed to finish before the rain came. Well, the nice weather had to end sometime!

It rained so hard we didn't venture out again that night, missing the pub quiz in the Cheshire Cheese Inn which we had been looking forward to.


It wasn't raining when we woke up, but that didn't last long.  What to do in Castleton in the rain? Nothing.


We could have sat in the pubs all day, but instead we drove to not too far away Lyme Park.  It belongs to the National Trust, and we are members, so it was all free. 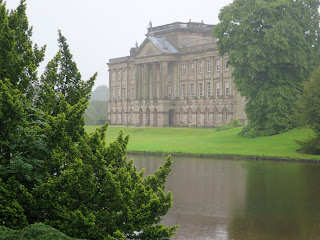 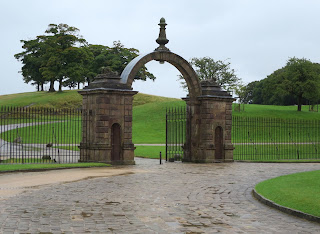 The plan was to have a look around the house, then go for a walk in the gardens and extensive grounds.  We declined the "dressing up" option! 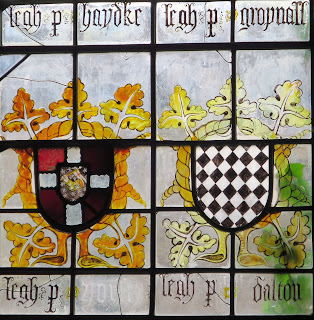 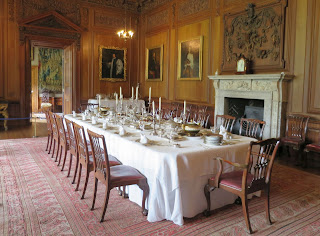 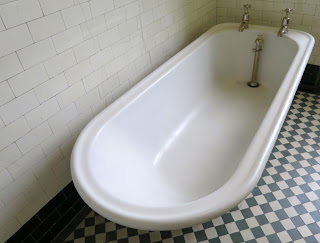 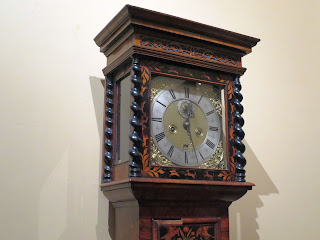 The house finished, we had to venture out.  We sheltered in a porch area for a while, waiting for the rain to at least ease a bit, fascinated as bee after bee crawled in and out of a crack in the paving slabs. 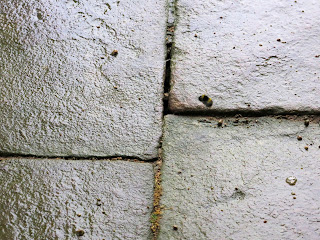 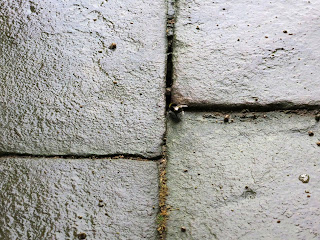 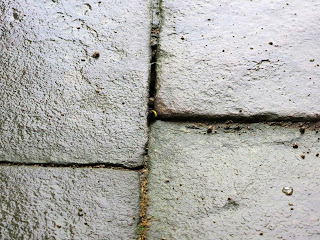 We eventually managed to get a yellow NT umbrella from a member of staff and headed out into the rain, which is when D found out his goretex walking shoes were no longer waterproof!  The gardens were nice, and it did eventually stop raining. 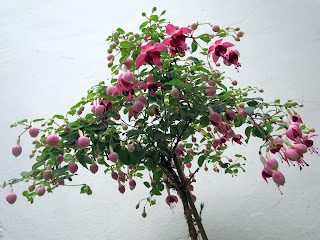 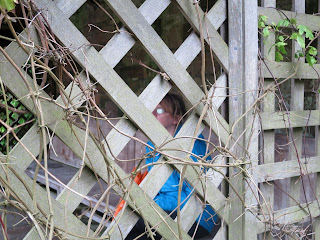 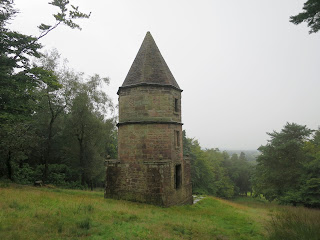 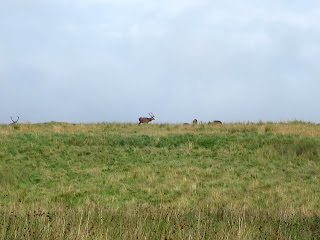 In the evening we had dinner in the Castle Inn, and then a drink in another of the pubs before making friends with a local resident... 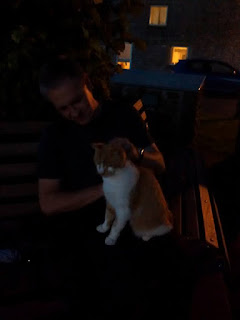 After the drama of the outward journey, the homeward one was uneventful, although there was quite a lot of traffic in the Stockport area.

Nothing booked, we probably won't go anywhere until mid September.