After a pretty quiet summer, we are going to cram in as many trips as possible in September and October, work and weather permitting.


To start with,a two night trip to the CC site just outside Coniston.  It should/would have been a three night trip, but D couldn't get the Monday off work.

Earliest arrival time at this site is 10am.  We couldn't get there that early, we arrived just after midday, and headed for a quiet area at the top of the site.  We got a good pitch with very little arguing, which is what usually happens at this site! 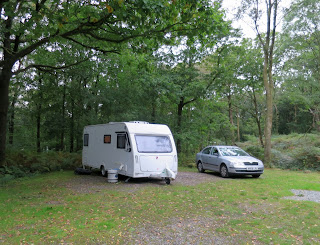 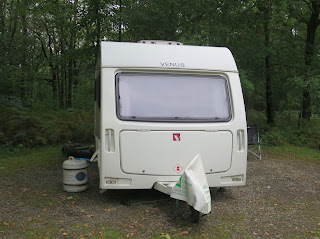 We knew the rain was coming, so we thought we would sit outside the caravan for a bit, and then we drove into Coniston.  Had a look around the shops, then a solitary drink in the Black Bull, then back to the caravan for a night in.

It was a pretty wet and windy night, the sound of the rain drowning out the sound of our radio most of the time.  A bottle of red wine made it bearable!

The rain rained itself out overnight and Saturday was a much better day.  Not much in the way of sunshine to start, but it gradually brightened up throughout the day.


The plan was to go for a walk in the Dunnerdale fells, taking in Caw on the way.  We've been to the top of Caw before and thought we would retrace our steps, but the way we went last time was overgrown with bracken and we soon gave up.  Instead we added a couple of miles to the walk and headed for Stickle Pike, another hill we have done before, albeit from a different direction.  Good views of the estuary from the top, but it wasn't a good day for pics. 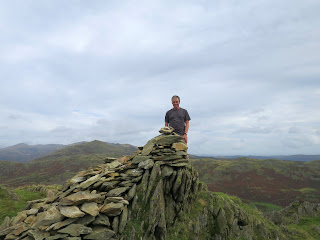 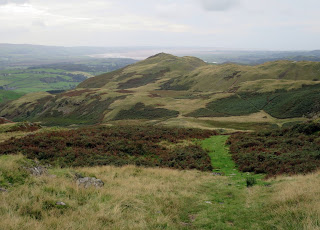 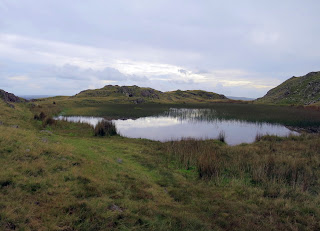 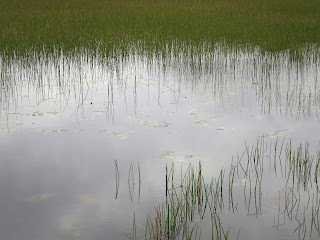 Stopped off at Torver on the way back and had a drink watching some saddleback pigs outside the Wilson Arms, before being driven inside by a very persistent wasp! 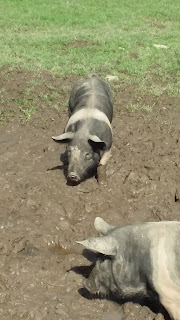 We thought about having a barbecue, but instead decided to eat in Coniston.  It was blue skies all the way now, but the temperature started to plummet and it felt a bit autumnal, too cold to eat outisde.  We had dinner in the Crown Inn, then a drink in each of the other three pubs.  The Sun Hotel was pretty much empty after the dinner rush had died down, the other two were a bit busier.  We got back to the site just before midnight!

Got held up a bit by the tour de Furness on the way home, but apart from that a very uneventful journey, mostly spent listening to Helen's trial in the Archers.  Guilty or not guilty?  We'll have to listen to the next episode to find out.

Nothing booked, but the plan is to get away as much as possible before winter sets in.  We are hoping to go to Pooley Bridge, Hawes, Ravenglass, Grassington and Hawkshead, not necessarily in that order.
Posted by Our Caravan Blog at 19:58