We visited Sunny Oak in 2015 and quite liked it.  It's on the Llangollen canal, right next to the Willeymoor Lock Tavern, and only a short taxi ride into Whitchurch.  With just about every other site full, it seemed like the right time for a return visit. 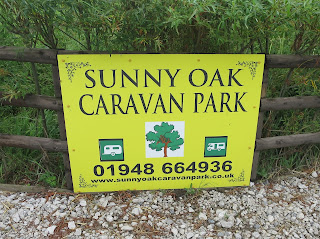 Lots of roadworks around the Runcorn bridge added some time to the journey, but we still managed to get there before 2pm and had out pick of plenty of vacant pitches.  We chose the same pitch we had last year. 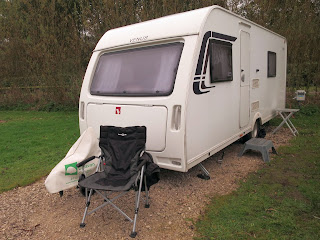 Pitches are very narrow, especially when we are used to massive caravan club ones!


Whitchurch town centre is about three miles away via the canal towpath, and that is where we headed after a quick lunch.  We like Whitchurch.  It has two or three nice pubs and we had dinner in one of them and lots of drinks in the others.


A bit of a disaster when we got back to the site and discovered that J had lost D's phone!  She thinks it fell out of her pocket in the taxi, but nobody handed it in!

A day out at nearby Hawkstone Park.  It's just a couple of hills really, with a monument at the top and a few tunnels and caves.  That's not a very good description, it's actually much better than I have made it sound.


We ignored the notice saying that torches were needed, and ended up feeling our way through the tunnels with the help of the infrared beam on the camera and J's (not lost) phone!  Without them we would have had to turn back, it was that dark. 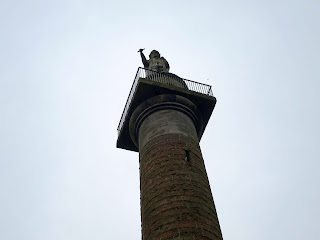 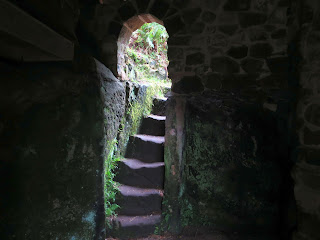 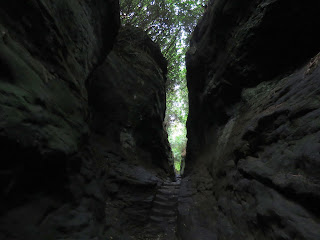 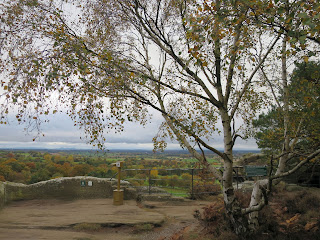 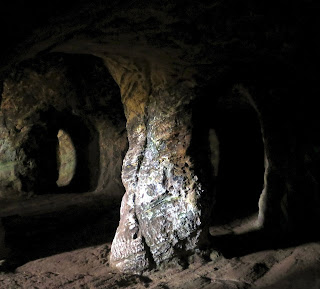 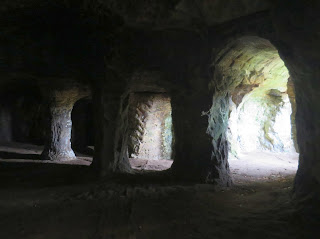 It took about three hours to see it all, with lots of up and down walking, but hardest of all was the climb to the top of the monument.  Lost count of the number of steps!  Great views, but the pics didn't turn out too well. 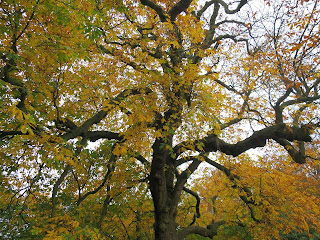 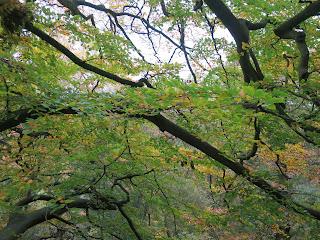 In the afternoon we had another look around Whitchurch before rushing back to the site so that we could sit outside the Willeymoor Lock Tavern and watch the boats go by.  Would have been nice if it has been open.  We knew it closed in the afternoon but thought it re-opened at 5pm.  Turns out it was 6pm and it was dark by then!


We had another go after dinner, but had to make do with sitting inside.  It seemed everybody in the pub knew everybody else and we felt a bit out of place, so didn't stay long.  It's a nice pub to sit outside, but not so nice inside.

An extra hour in bed due to the clocks going back, but we still struggled to get away by 10am!

This might be out last trip of the year.  We are going on holiday to Lanzarote in a week or so, and then getting a new car, so lots happening.  No time for caravan trips?  We'll see.....
Posted by Our Caravan Blog at 18:48