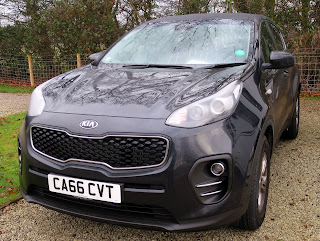 Bigger than the Skoda Octavia and a bit more powerful, we like it lots so far.

The site is Chester Fairoaks. 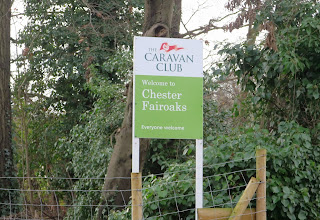 We chose this site because we wanted somewhere close to home and easy to get to, so that we could see how the car would perform with a caravan attached.  We knew it was ok on paper, and so it was in real life.


Chester Fairoaks is also as near as you can get to Chester in a caravan (about a 30 minute bus journey away).  It's sandwiched between the M56 and M53, so not the quietest of sites, and the pitch we chose was near a group of electricity pylons, so we could hear crackling from them.

A Saturday start because it looks like D will have to work some Friday's in 2017 and have Monday off instead.  Grrrr.  Actually it might work out ok, we can have some Sunday/Monday trips and avoid the crowds at weekends.


The site was only about half full, so plenty of pitches to choose from when we arrived after a half hour journey. 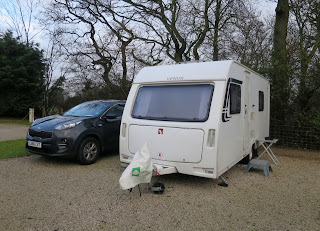 It's only a 10 minute walk to Cheshire Oaks outlet shopping village, and that is where we headed after setting everything up.  Had a wander around the shops and then a couple of drinks in a German market style wooden hut leftover from Christmas.

Dinner in the caravan and a night in after that.

The weather was so nice we (D) managed to sit outside for a bit in the morning, watching the birds and listening to the traffic noise!  It's a good site for birds, but just the usual ones. 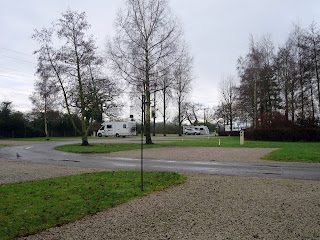 In the afternoon we got a bus into Chester and spent the afternoon walking around the city walls and in the cathedral.  Stayed for a bit of evensong.


Then it was hanging kebabs for dinner in a tapas bar called the Bluebell, which was very nice, and drinks in the Boot Inn, the Cross Keys, and the Pied Bull.  There are lots of nice, quiet pubs in Chester, especially on a Sunday night.  The Boot Inn was our favourite today.

No pics today, it wasn't that sort of trip.

Home by 11.  No problems with the car, it tows at least as well as the Skoda did and we are looking forward to our next trip after this fact finding mission.

Not sure if we will come back to this site, it's usually full and the road noise IS intrusive and never stops.  It's handy for a night out in Chester, though.

We were thinking of going to York next week, but news of a killer arctic storm on it's way might put a stop to that!
Posted by Our Caravan Blog at 16:54