Back after a 2 month break.  Why?  The weather has been ok from time to time but we have struggled to find sites that are open and have availability when we want it.  Quite a few of our favourite CC sites are shut or only partially open because they are being refurbished...Hawes, Castleton, Coniston, Grassington...  Can't wait to see the improvements later in the year.


1st March is opening time for quite a few sites, including Langcliffe Park, Settle, our second new site in 2017.

A traditional Friday start, we set off around 11.30 and the journey took a couple of hours.


The site is okay.  Not the best toilets and showers, but fine for a few nights.  There were quite a few unoccupied caravans on seasonal pitches and it's probably not for us in high season...crowded, too family friendly, tents mixed in with caravans, but okay at this time of year.  Not cheap, but we booked a super pitch anyway so that we could try out our long waste pipe.  No more emptying of waste water containers...hurrah. 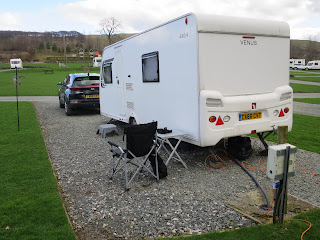 The weather on Friday afternoon was horrible!  We drove into Settle and got some supplies from Booths, then had a quick walk around the town in the wind and the rain before heading back to the site.


The wind and rain stopped late afternoon, so we walked back into the town and tried a couple of the pubs, which were nice but pretty empty for a Friday evening.  We had dinner in the Lion.


The rain was forecast to return after 9, so we made sure we were back in the caravan by then.

The weather forecast for today was white cloud, but it turned out to be much better than that.  The main reason for coming to Settle was its proximity to Pen-y-Ghent, and that is where we headed in the morning. 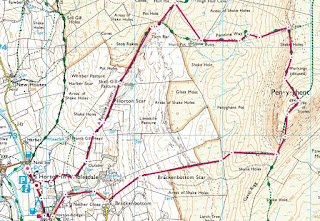 It turned out to be a glorious day, just about perfect walking conditions. Very crowded at the top, so no summit pic, but we made it and have now done the three peaks challenge (Whernside, Ingleborough and Pen-y-Ghent)...in two and a half years! 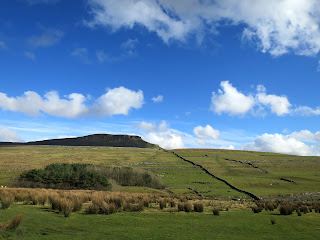 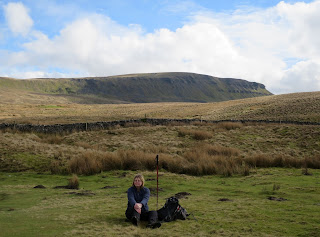 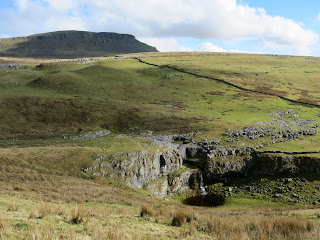 On our way down we took a slight detour to spectacular Hull Pot, apparently the result of a collapsed cave roof. 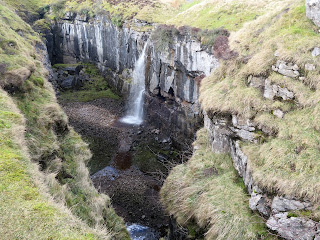 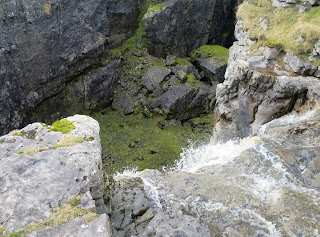 Not sure what this was all about... 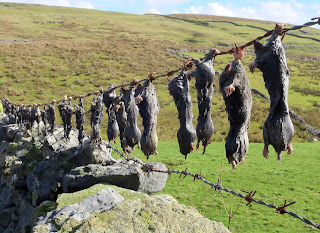 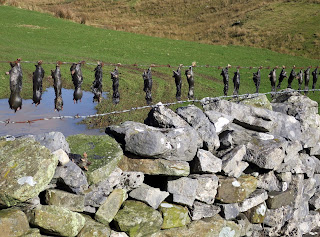 To deter other rodents?  Maybe they could do something similar with people who ride scrambler bikes around residential estates, or don't return supermarket trolleys, or...the list is endless!

Update: turns out they are moles, hung by the mole catcher so that the farmer can see how many have been killed, and how much he needs to pay.

We got back to the site mid afternoon and after an early dinner we braved the light rain and walked into Settle.  No drinking tonight, instead we went to the Settle Victoria Hall for What the Floyd, a Pink Floyd tribute band, having spotted posters the previous day. 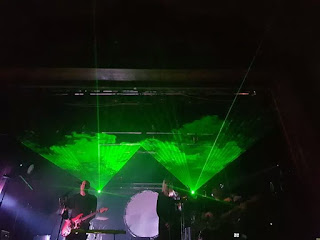 Got caught up in a cycle race on the way home, but apart from that an uneventful journey.

Three nights at Castlerigg Hall, Keswick.
Posted by Our Caravan Blog at 18:00