Our first visit of the year to the much visited Windermere C&CC.  It's actually about half way between Kendal and Windermere, very handy for the village of Staveley, which is home to the Hawkshead brewery beer hall. Yes, it's spring beer festival time again! 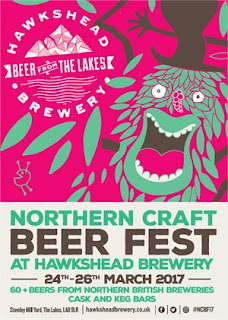 This is another site that has changed its arrival time...to 1pm.  We arrived just after 1 after an uneventful journey (and passing another Lunar Venus which we have never seen before!) and joined a queue of about half a dozen caravans and motorhomes!  I guess that is the downside to what we think is a good rule, to stop people who think they can do what they want turning up mid morning. Some had been there since 12 after being refused on the site.

We panicked ourselves into picking the shadiest pitch on the site, but it is a good pitch that we have been on before...just a bit shady.  The site was pretty full and some of the pitches are a bit close together, but not this one. 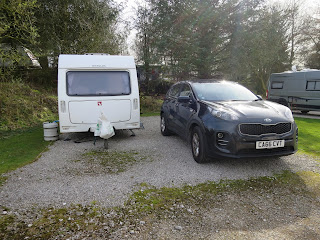 After a bit of lunch and a look around the site we headed across the fields to Staveley, stopping on the way to check on our geocache. It was filled with water, due to a cracked lid.  We salvaged the log book.  Replacing it, a job for tomorrow.

The beer festival was busy, but we managed to find seats when we needed them. 10 beers sampled today, including one in the Eagle and Child on the way. 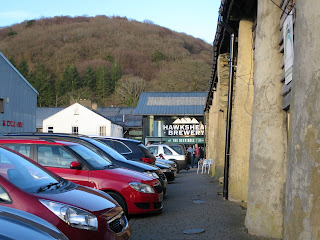 Got back to the site just after 9, desperate for a cup of tea...only to find no electricity!  Oh no!  The person next to us had already alerted the wardens and they were soon on the scene.  After a bit of head scratching they managed to sort it out.

The plan today was to drive over the Kirkstone pass and walk up Hartsop Dodd, but it turned out to be a bit of a disaster.  First, a crash was being cleared from the Kirkstone pass, which held us up for about half an hour, then there was nowhere to park in the car park at Brothers water!

We turned around and headed back to Staveley for a much gentler walk to Ullgreaves and Gurnal Dubs.  A fairly low level walk, so we didn't get to walk in the snow, although we could see it on much higher hills in the distance.  We haven't walked in snow at all this winter. 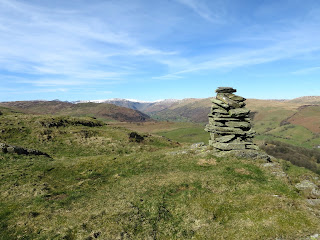 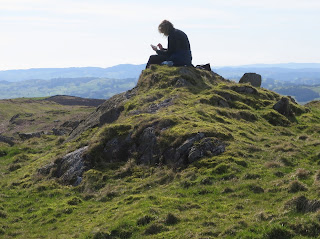 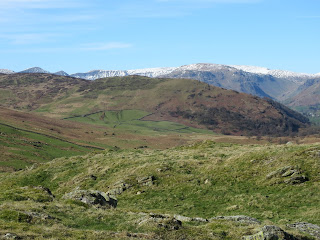 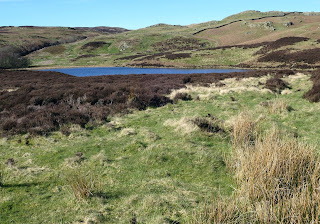 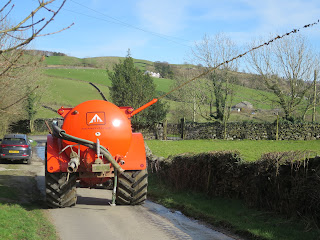 A muck spreader at work.

After a quick shower we headed back to the beer festival, but didn't stay long.  It was much busier than the previous day.  Four more beers sampled, making a total of 14.  Favourite beer...I'm Spartacus, from Torrside brewery.

We replaced our geocache container on the way, having dried out the log book, so it's ready to be found again.

We put our watches and phones forward an hour, but then D's phone put itself forward another hour, so when he got up at 8 it was actually 7!  Two hours sleep lost!

It was actually a good thing because it meant we could get away early. J had to get back for mothers day treats!

We are going to keep an eye on the weather, but maybe a three nighter at the Coniston CC site.