Our third weekend in a row away, which we think is something we have never done before.  Our aim is to be away every other weekend. 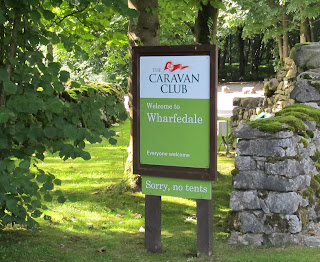 Wharfedale CC site has been closed for refurbishment, and has just re-opened a week earlier than planned (which probably explains why it wasn't full).  The layout is unchanged, we think, but the facilities have been upgraded and they are now very good indeed.  The CC sites at Hawes and Castleton are being refurbished, too, and we can't wait to see what they look like later in the year.

Back to a Saturday start, but we had no trouble finding a reasonable pitch when we got there at 12.30. 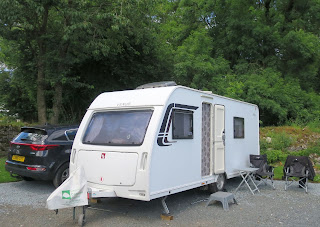 Not a good start when D reversed the caravan into the pitch marker, but no harm done (to the caravan). 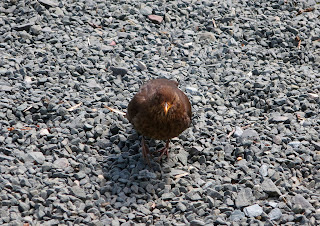 After setting things up we walked into Grassington, which is just under two miles away and a bit hilly!  Grassington festival was on from 16th June to 1st July.  We got there at 3pm on 1st July!  Oh well, maybe next year.  All we got to see was Back Chat Brass, who we thought were pretty entertaining. 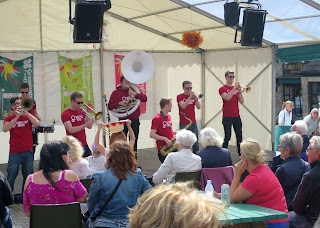 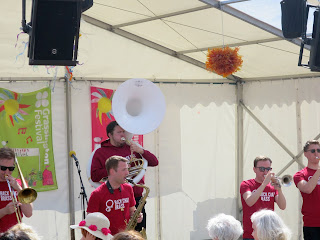 We had a couple of drinks in a couple of pubs, the went back to the site for a barbecue.  However, wind and rain made us give up on the barbecue, so instead we had a quiet night in the caravan listening to music and reading.

No early start today as the walk we had planned relied on buses, and there aren't many on a Sunday in this area!

We drove to Buckden, got a bus back to Kettlewell and then walked back to Buckden via Buckden Pike (702 metres).  The bus journey was an experience in itself, with tractors and motorhomes squeezing past the bus with inches to spare. 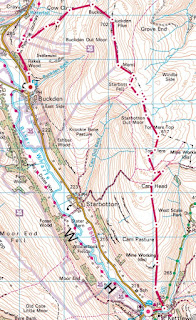 It was a good day for walking...not too hot, plenty of cloud around to provide shade.  Navigation was easy too, following a wall for most of the way. 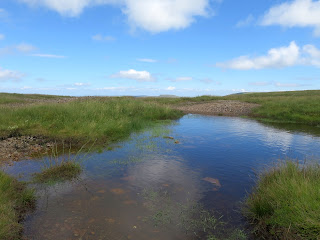 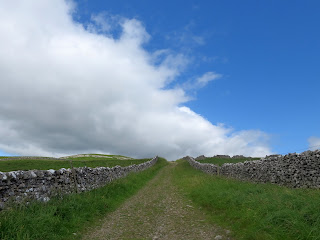 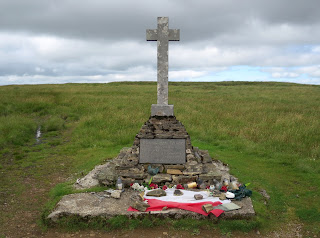 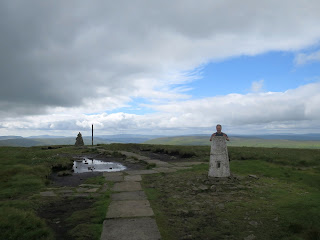 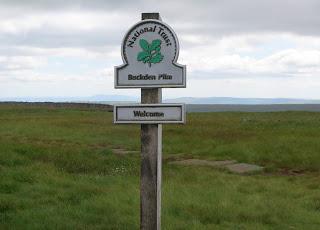 We stopped off in Kettlewell on the way back and had a drink in one of the pubs.  Lots of Timothy Taylor beers around here, which isn't a bad thing!  We really like the look of Kettlewell and there is a small caravan site just outside the village...if only the roads weren't so narrow and twisty.

It was after 6 when we got back to the site and we were barbecuing by 7.  We thought about walking into Grassington, especially because there was loud music coming from a nearby motorhome, but time was against us and the music stopped and we were pretty tired after the day's walk...  We had another quiet night in.

It rained a bit as we were packing up, but apart from that it was an uneventful journey home.

A break of a couple of weeks, then two nights in newly refurbished Hawes and two nights in Windermere, for the Hawkshead Brewery summer beer festival.

Here at Midrepro, we pride ourselves on offering an excellent level of customer service and we always ensure that our service is always prompt and efficient. Midrepro only employs qualified engineers and we always operate to recognised service standards to maintain quality standards – so you know you’re in safe hands.

Here at Midrepro, we pride ourselves on offering an excellent level of customer service and we always ensure that our service is always prompt and efficient. Midrepro only employs qualified engineers and we always operate to recognised service standards to maintain quality standards – so you know you’re in safe hands.