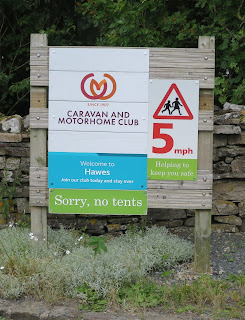 
A week off work for D so a Tuesday start.  We got there early, but the site was surprisingly full, so not many pitches to choose from.  We managed to pick the shadiest one on the site, as usual!  We haven't been here for a few years, but we don't think it has changed much except for the refurbished facilities block, which is excellent. 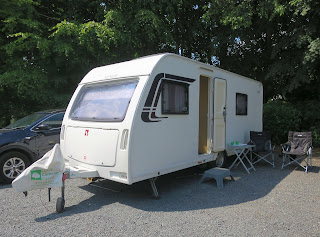 Our bird feeder was a great success here...not just with the birds! 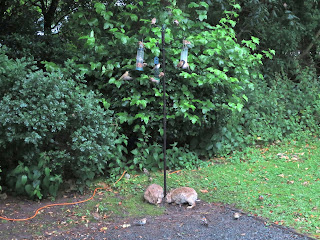 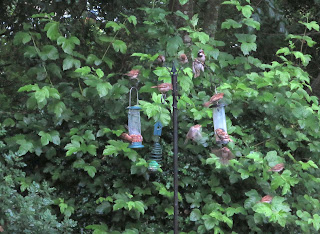 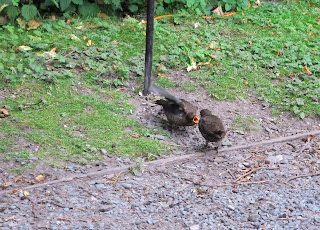 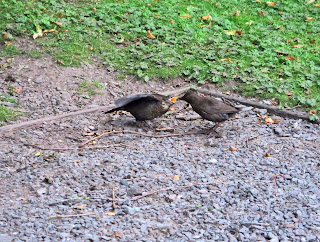 Hawes is only a five minute walk from the site and that is where we headed, in glorious sunshine.  It was market day, so we had a look around that and, as is customary when we come here, bought lots of cheese from the Wensleydale Creamery.  They have stopped making sticky toffeee pudding cheese, much to J's displeasure.


In the evening we had a barbecue, then headed to the Green Dragon, Hardraw. 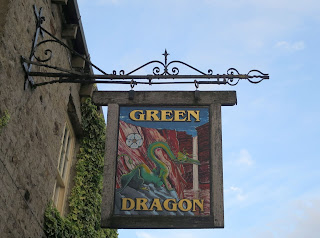 A really nice olde worlde pub with its own waterfall, apparently the longest unbroken one in England. 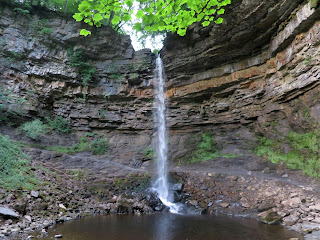 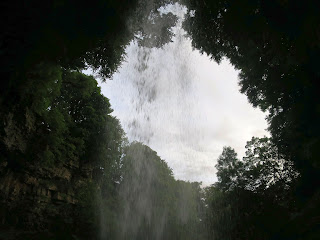 It was raining when we woke up.  It did stop, but it remained murky and misty for most of the day.  Undaunted, we went for an out and back walk up nearby Great Shunner fell. 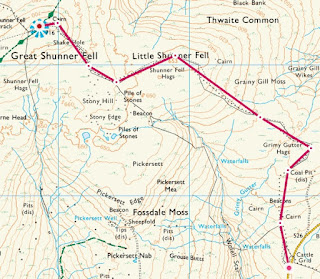 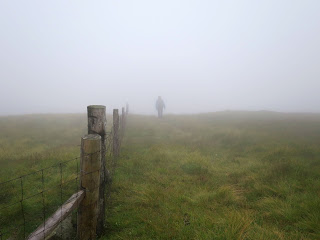 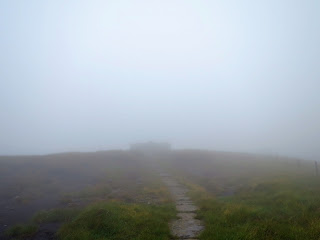 In the afternoon we drove to nearby Leyburn.  There is a CC site there that we have thought about visiting, but we didn't like Leyburn as much as Hawes, so probably won't now.

In the evening we drove into Hawes, braving torrential rain, thunder and lightning, for fish and chips in the village chippie.  No drinking today...D saving himself for the Hawkshead brewery summer beer festival which was to be part two of the trip.

Transfer day.  We had time to kill in the morning, so after packing everything away we walked into Hawes and had a late breakfast.

The journey from Hawes to the Windermere C&CC site took less time than we thought it would, so we had to park up for about 10 minutes to avoid getting there before the earliest arrival time of 1pm. 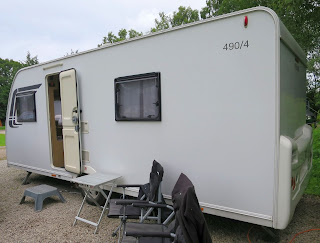 We got a pretty good pitch, then walked across the fields to the beer festival in Staveley. 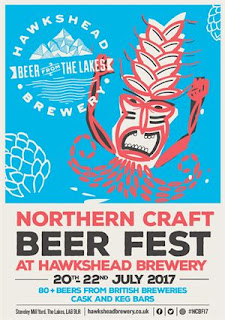 Thursday...day one...so not too busy and no shortage of beers.  The weather was ok, too, so we were able to sit outside for a while.  Ten half pints for D today!  Lakeland lager, which has been renamed Hawkshead lager, for J.  She did try a cider, but didn't like it, and £5 for a small glass of proseco was just a bit too much. 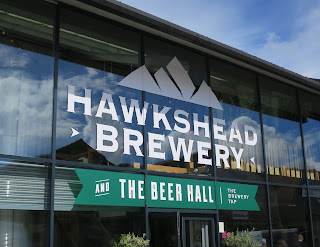 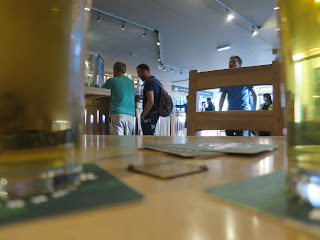 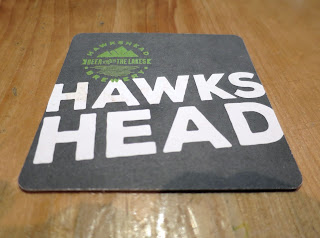 It was raining heavily when we woke up and didn't stop all morning.  We had planned to drive to the top of the Kirkstone pass, then walk down it via Soney Cove Pike and Hartsopp Dodd and get a bus back up to the top.  Instead we had a look around Ambleside, then sat in the caravan waiting for it to stop raining before heading back to the beer festival mid afternoon.

It was much busier today, but we managed to find seats when we wanted to sit down, and we even got chatting to a few people!  Eight more half pints for D, he will have to stop drinking for a while to detox. 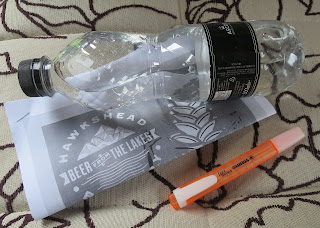 It was raining again when we got up and we got soaked putting everything away!

It's school holiday time and sites are packed, and we are going on a cruise in August, so we will probably have a break from the caravan until September.
Posted by Our Caravan Blog at 18:26