Second visit of the year to one of our favorite sites - the C&CC site at Ravenglass. 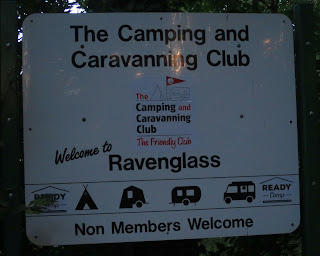 What difference does a pitch make?  Usually when we come here we ask if we can have one of several pitches when we book, but this time we didn't (not sure why). Our worst fears were realised when we arrived and were allocated pitch no. 51, which is right in the middle of the site.  We weren't happy, but went along with it as far as leveling the caravan and putting down the corner steadies, before asking if we could move to another pitch which was empty.

The very helpful warden tried to discourage us, saying it would be hard to get onto the pitch...and he wasn't wrong!  We made it, though, after thoroughly testing the car's clutch. 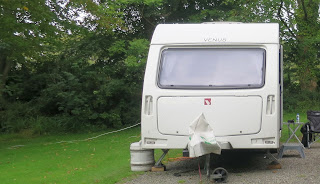 A much better pitch.

As a result of all this messing around it took best part of a couple of hours to get set up.

Drained, we headed straight for the Inn at Ravenglass and had a few drinks, first sitting outside and then inside when it started raining.  We thought about eating there, but a large group of people turned up and we retreated to the caravan instead.

It rained a lot in the night, but the weather on Saturday was ok.  Tesco Clubcard vouchers paid for a trip on the Ravenglass & Eskdale Railway. 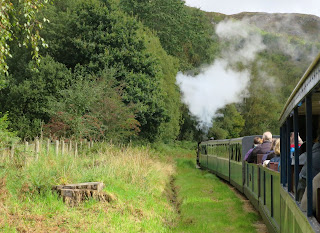 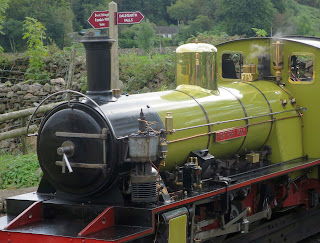 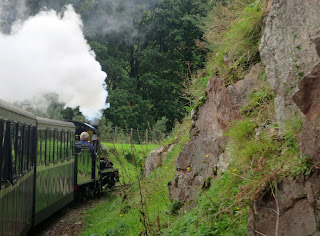 Then a circular walk in the hills above Boot, taking in Siney and Blea tarns.  Quite boggy in places, and more strenuous than we thought it would be! Especially when we went off path, a shortcut that turned out to be a steep uphill walk through waist high bracken! 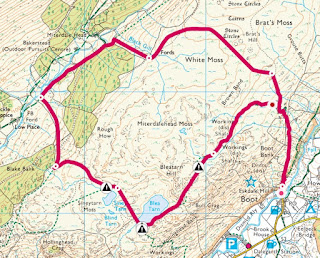 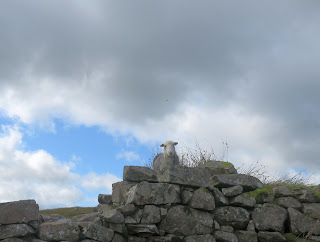 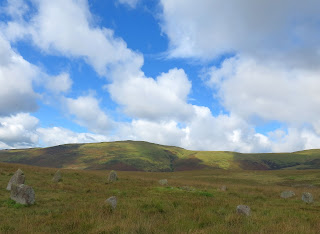 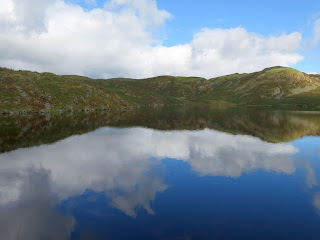 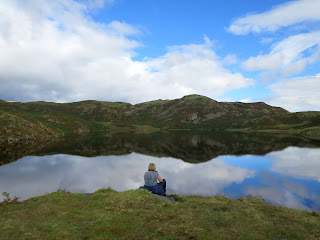 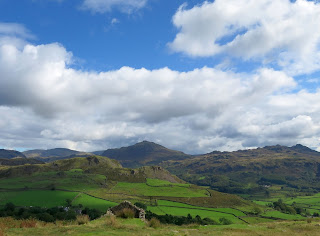 Afterwards we had a late lunch in the Brook House Inn (the poached pear and pecan salad was delicious), before heading back to the site for a barbecue and a pretty decent sunset. 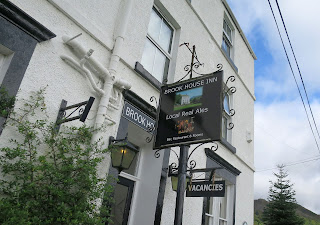 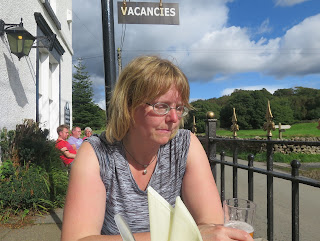 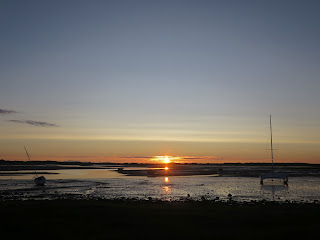 We popped into the Inn at Ravenglass but only stayed for one drink because it was full of loud, obnoxious people.  Locals or (more likely) from the nearby static caravan site.  Urgh!  A place to be avoided on a Saturday night.

Not a good day weather-wise.  D managed a quick walk on the beach first thing, before the rain came. 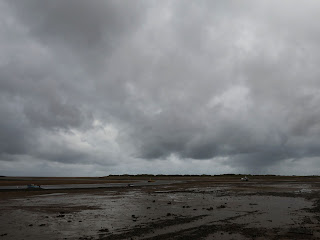 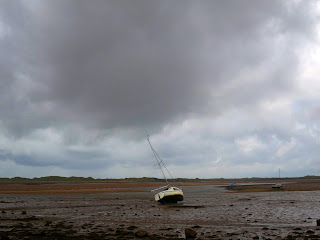 We drove to Whitehaven, but it was pretty much closed, so instead changed our plans and headed for the Ennerdale Brewery taproom in Rowrah instead.  A bit of an odd place, set out like an olde worlde cafe or tea room but with the Ennerdale range of beers on tap.  Nice Sunday roasts, though.

We stopped off at Egremont on the way back, for a quick look at the castle. 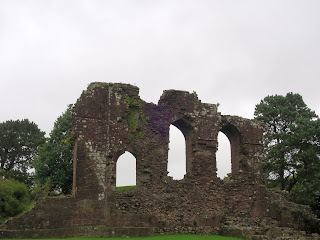 The weather cheered up in the evening, but the sunset wasn't as good as the night before. 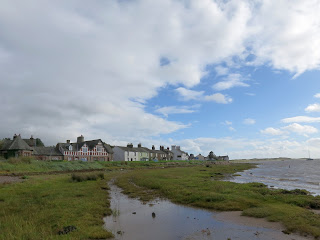 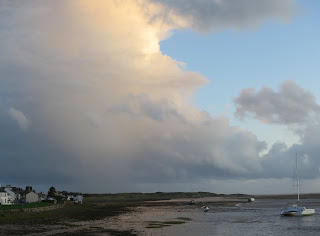 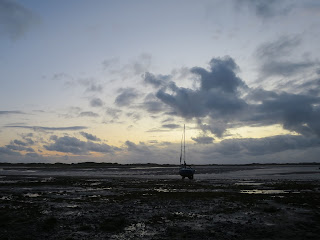 After the sunset we had a couple of drinks in the Ratty Arms, which was surprisingly busy for a Sunday.

Lots of showers in the morning, but we managed to dodge them as we packed everything away.  The drive home wasn't very pleasant, though, with more showers and persistent rain on the M6.

Nothing booked, we will see what the weather does...
Posted by Our Caravan Blog at 18:47