Undeterred by storm Brian, it's off to Oxon Hall touring park, just outside Shrewsbury.  We've been here before, but not for a couple of years, so we thought it was about time for a return visit...and it makes a change from Cumbria!

The Mersey Gateway bridge has just opened and journey time from our house to the M56 is much reduced.  It's just a pity it is a toll bridge...£2 a go.  The old bridge is closed for a year now and when it re-opens it will be tolled too. 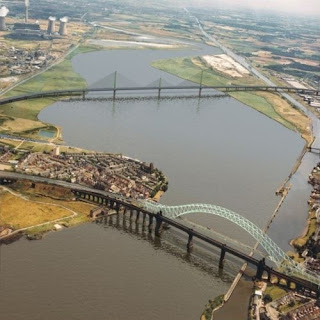 We arrived just before 1pm and settled into a pretty good pitch in the adults only section. 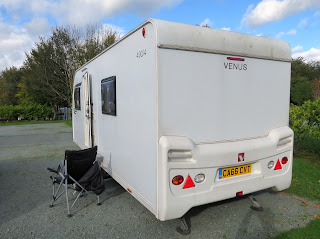 Shrewsbury is too far to walk from the site and there aren't many buses on a Sunday!  We managed to find one, at 3.15, which turned out to be a mini-bus from Manchester airport!

In town we had a nice walk along the river, then tried a couple of pubs.  In the second one, which was more of a wine bar, the barman recommended the Coach and Horses for real ales and a traditional pub atmosphere and it turned out to be great.  Nice beers and a two course dinner for £10.  Not just ordinary pub grub, but fine food from a Masterchef runner up.  Excellent value.  Our pub of choice for this trip.

It was a drizzly sort of day, but at least the wind had died down.  We drove to Church Stretton for a walk up Caer Caradoc. 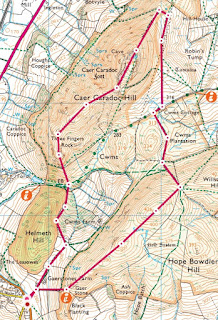 We had to shelter from the rain for a bit in Church Stretton, which has a really good antiques shop.  We were going to go in again after the walk but we were too muddy and tired!  J wouldn't let D buy a gruesome mounted wild boars head!  It was a drizzly day and visibility was mostly not good. 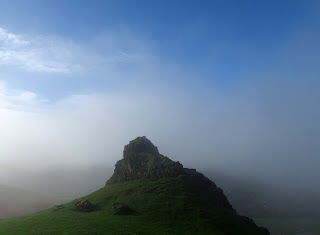 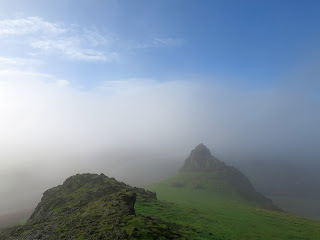 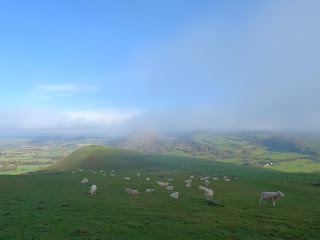 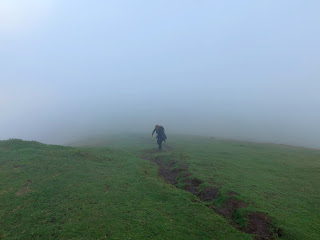 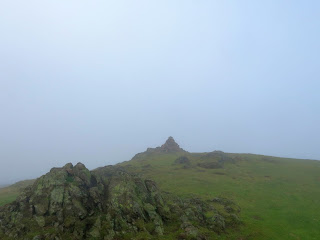 In the evening we got a taxi into Shrewsbury, which was only a little bit more that the bus fare would have been...had there been any buses!  We had dinner in the Coach and Horses again, and  few drinks in a couple of other pubs.  Part of the dining area in the Coach and Horses was being used for an Open Britain meeting, but it didn't put us off our food as much as a closed Britain one probably would have!  They were very considerate and spoke very quietly...we could hardly eavesdrop at times!

We weren't in a hurry to get home so we had breakfast in a nearby Toby carvery before setting off.  Got home around 1pm.

Nothing booked, it depends on the weather.  We would really like to go to the recently re-furbished  Caravan Club site at Castleton but it seems to be fully booked forever!
Posted by Our Caravan Blog at 20:40

The Eight-Wheel Classic - TITIAN Arts
The eight-wheel classic bicycle 바카라 사이트 is available in six sizes. 1xbet login The Bicycle microtouch solo titanium Wheel is ventureberg.com/ a classic bicycle made in USA, but there 바카라 사이트 are three variations in