Hot on the heels of our trip to Coniston comes a trip to Hawkshead, just the other side of Coniston water.  A tale of two villages.


The Croft, Hawkshead.  It's getting to be a bit of a tradition to come here at this time of year.

Another Saturday start, but we needn't have worried about finding a good pitch, there were lots to choose from when we arrived.  We didn't choose a particularly good one, but for us this site isn't about sitting outside the caravan, it's about how close to the village it is on a cold autumn night. 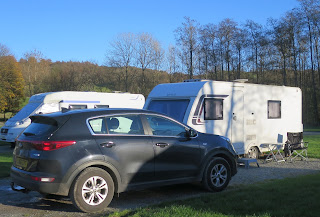 After setting everything up we popped into the village and had a look around the shops and one drink.  Just one drink, because the plan was to drive to picturesque Tarn Hows before it got dark, which is exactly what we did. 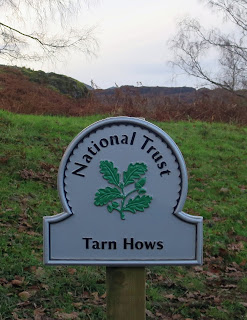 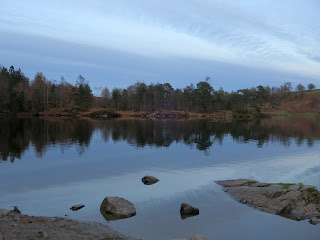 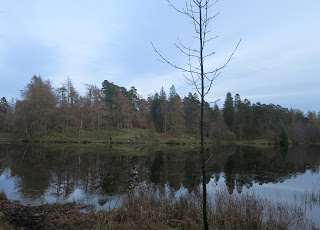 Later we had dinner in the Kings Arms, having booked a table earlier.  Afterwards we had a drink in the Red Lion, which we have liked on previous visits, but this time it was spoiled by some regulars and the barman watching boxing (we thing, from the sound of it) on a mobile phone. We finished our drinks as quickly as we could and boycotted the pub for the rest of this trip.  The Kings Arms is much nicer, anyway.

A lovely sunny day, but cold, and it seemed more so because it was quite windy too.  We drove to nearby Grizedale forest for a walk, mostly on easy forest paths, to Carron Crag. 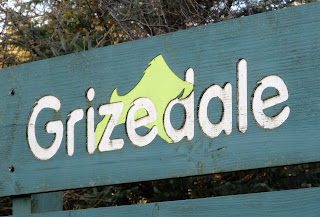 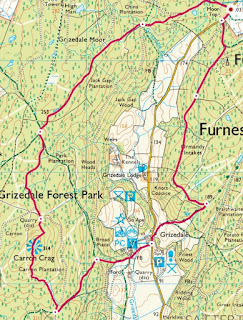 Good views from the top, but the walk was mostly amongst trees. 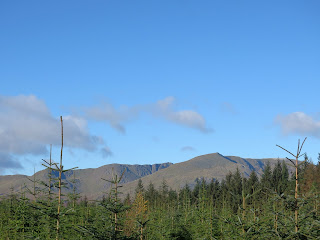 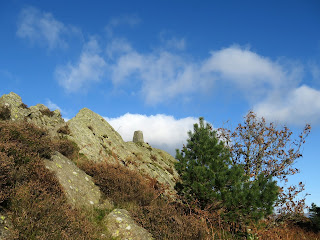 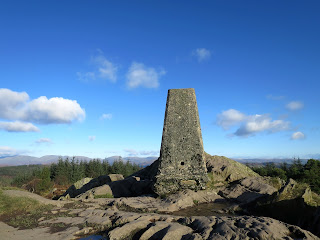 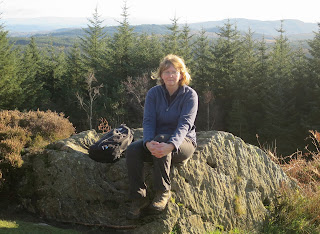 There are lots of sculptures in the forest, here are a couple... 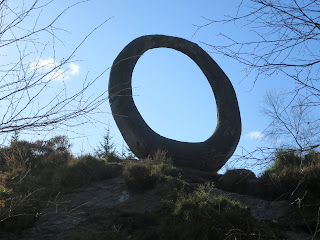 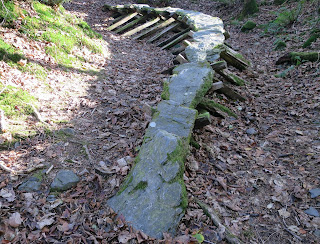 In the afternoon we had a stroll around the village and a couple of drinks in the Kings Arms, which has a really nice table in the corner of the room.  We could have stayed all night, but didn't. 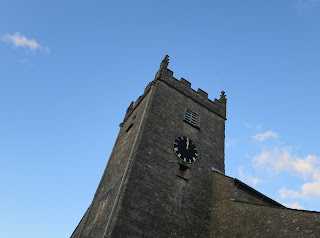 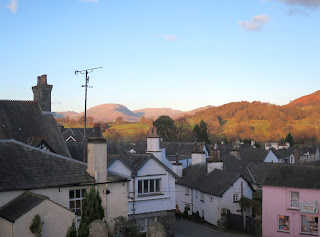 Instead we retreated to the caravan when it got dark, for dinner and a rest, then back to the Kings Arms for more drinks.  We had to make do with a different, not so good, table.  The couple who had "our" table wouldn't budge, despite us willing them to.  The man had four pints while we were there!  D only had two.

D got up early, just in time to catch a great sunrise. 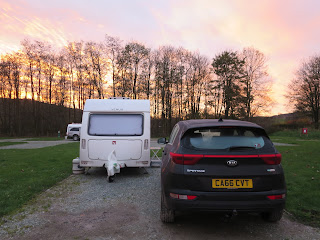 Then it was homeward bound,delayed a bit by an accident on the M6.

The C&MC site near Coniston is much nicer than the Croft, but it is a long walk into the village.  Coniston has better pubs, overall, although the Kings Arms was great on this occasion.  Hawkshead is a picture postcard village that you can stroll around, whereas Coniston is really just a road, and quite a busy one during the day.  So many things to consider, we can't decide!

As we drove past Staveley we noticed signs for the Hawkshead Brewery 15th Birthday Beer Fest, which is next week, so plans of going to Castleton or York were quickly shelved.  Both sites are permanently full anyway!