The Windermere C&CC site was our destination this weekend.  Our third trip in as many weeks, which is quite unusual for this time of year.  We have been lucky with the weather recently, and while this weekend was no exception, it wasn't quite as good as recent weeks.

A traditional Friday start for a change, on arrival there were plenty of pitches to choose from and we got one on a part of the site we like. 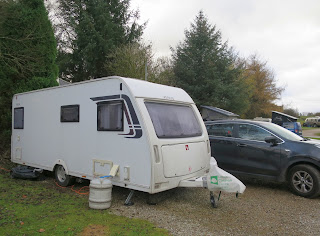 Nowadays we only seem to come to this site for Hawkshead brewery beer festivals, and so it was this weekend. 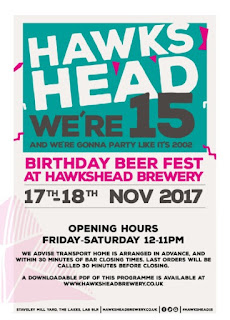 We saw it advertised when we were in Hawkshead last weekend.

After setting everything up we headed across the fields to Staveley just as it was starting to get dark. Nice views on the way, and we checked our geocache was ok. 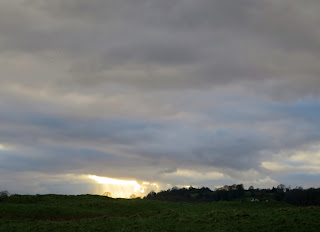 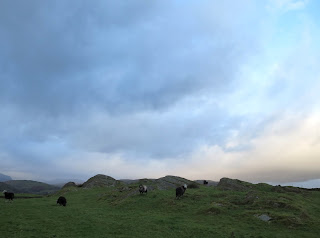 Not quite as many beers as usual, or so it seemed, but a great atmosphere as usual. We spent most of the night sitting with another couple from the site and even walked back with them around 10pm.  A really good night.

D has been wanting to go to Kentmere for a long time but there are only a few parking spaces by the village church, so we know an early start was required.  We managed to leave the site around 8.30 but that was far too late, so we had to abandon the planned walk.

On the way back we thought it might be nice to have a walk along a beach, so we headed to Arnside.  Pretty cold and windy to start, but it improved as the day progressed.  Nice views of the estuary and Grange-over-Sands. 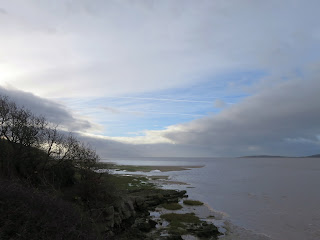 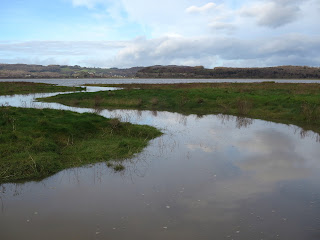 In the afternoon we popped back to the beer festival but it was much busier than the previous day, so we didn't stay long.  We were back in the caravan by 7pm and had a quiet night in listening to the radio.

A very frosty morning, we had to scrape the car, and then a warning light about low tyre pressures made the journey home more stressful than usual!

A fourth trip in November?  D has some holiday to use up so maybe a mid week trip, it depends on the weather.
Posted by Our Caravan Blog at 18:12