Our second trip of the year. With the beast from the east set to return we decided to stay in the north west and headed for the C&MC site near Kendal.  Nice and easy to get to. 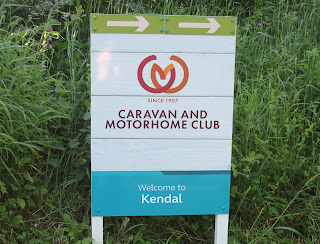 The site was pretty much empty when we got there as it had only just opened for the year.  Time enough, though, for some lucky couple to grab pitch no. 21, which is the best pitch on the site.  On any site, maybe?  On its own, in a clearing, you can't see any other caravans from it.  A bit disappointed, we tried to get into a couple of other nice looking but hard to get into pitches without success (D must be out of practice), before settling for pitch no. 13.  We are not superstitious! 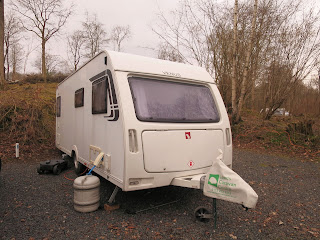 We drove into Kendal to get some supplies (beers) from Booths, then walked to the nearby Strickland Arms.  We stayed for a couple of hours and had a small fish and chips there, before heading back to the site.  Weather ok so far.

The forecast for today was breezy and cold with wintry showers, so we thought we would take it easy and just stroll into Kendal along the river Kent, about a four mile walk. 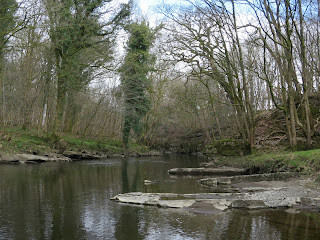 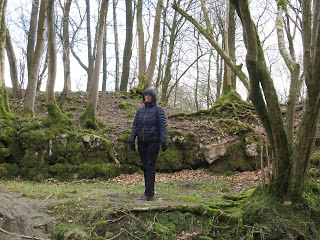 It was pretty cold!

Mostly blue skies, it didn't snow until we were almost in Kendal, and the snow didn't stick.  We made it to the castle. 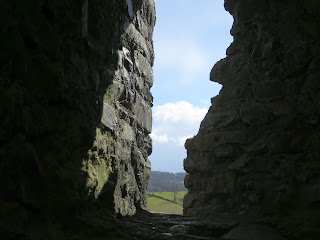 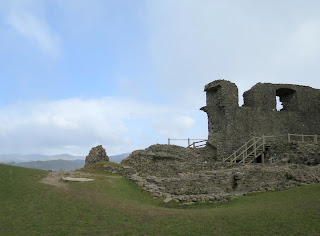 Then we had a look around the shops and discovered the Fell Brewery tap room, a really nice little pub in Kendal town centre. Their Tinderbox IPA is a favourite of D's, but is a bit strong at 6.3%!  We don't think it has been open long.  Nice beer, nice clientele, nice music in the background, not too loud. 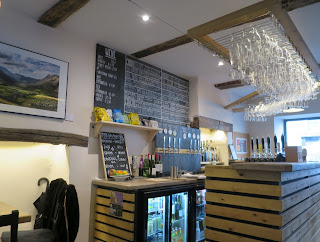 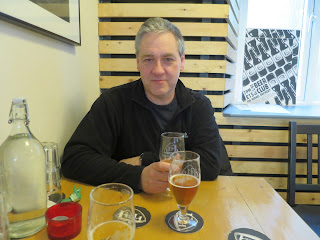 It started snowing heavily while we were in the pub and it started to settle.  We got a bus back to the site at 4 and stayed in for the rest of the night, listening to the radio and playing scrabble.  The weather worsened! 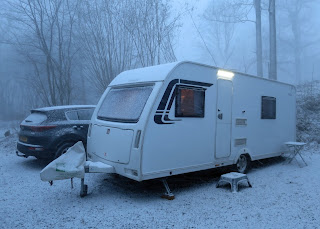 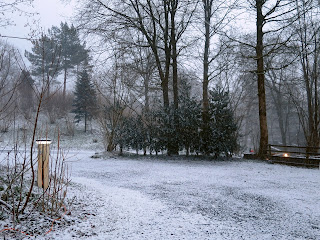 A first for us, we have never been in the caravan in snow before.  The gas ran out just as we had finished cooking dinner.  Well, it had to run out sooner or later, we have had the same bottle for a few years.  Luckily our heating is all electric!

We replaced the gas bottle and didn't leave until 10.30, to give the roads around the site time to unfreeze.  We weren't looking forward to the journey home, but it was ok apart from the wind.

A pretty good trip after the disasters of last week.