A hasty return to the Kendal C&MC site, we were here less than a month ago! 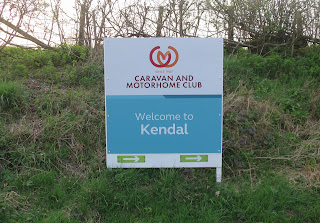 Why?  There was nowhere else available this weekend, and there was only one pitch on late availability here.  Too many members, not enough sites?  The C&CC was the same...fully booked everywhere, and privately owned sites too.  The C&MC is getting ridiculous.  Castleton is fully booked at the weekend for pretty much the whole year, and Chatsworth, and York...  We prefer to book a week or so in advance, not at the start of the year.  Roll on retirement, when we can go away mid week.

Anyway, we like this site and because we got there quite early we managed to get a reasonable pitch.

Pitch no. 16.  We drove right round the site before spotting it, then discovered it was a very sloping pitch and had to spend ages leveling the caravan. 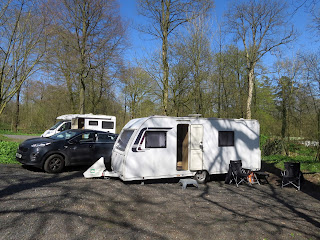 Lots of room, though, so plenty of space for a barbecue.

We drove into Kendal and got some supplies from Booths, then lounged around the site for the remainder of the afternoon.  The weather was lovely.

The temperature did drop a bit late afternoon but it was still warm enough for our first barbecue of the year.

The plan today was to get multiple buses to Skelwith Bridge, walk from there to Dungeon Ghyll and then get more buses back to the site, maybe stopping off at Windermere on the way.

Connections were tight and we had to leave early to get the first bus at 8.30.  Unfortunately we got up too late and missed it, so drove instead! 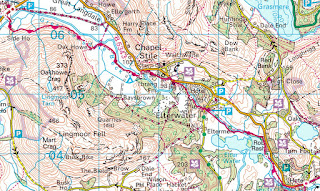 It was a nice walk in glorious weather, blue skies all the way. 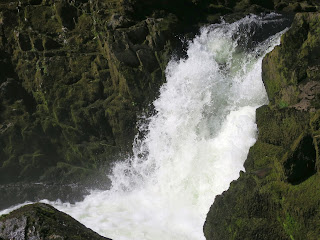 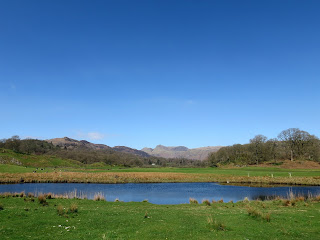 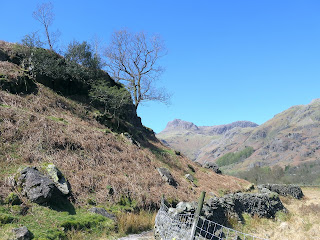 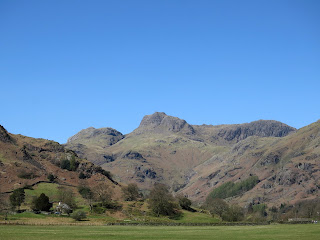 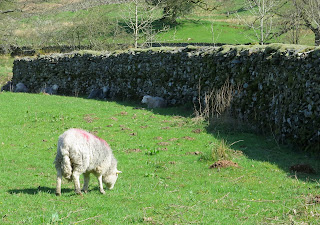 Too hot for the sheep!

We got a bus back from Dungeon Ghyll to Elterwater and had lunch outside the Britannia Inn, which is a really nice pub but completely shade free!  Then we walked the rest of the way back to Skelwith Bridge.

We went straight back to the site, which was quiet and peaceful despite being completely full.  We had a nice salad sitting outside.  We were going to have another barbecue but didn't have any more coals and didn't want to go shopping again.

In the evening we walked to the Strickland Arms and had a couple of drinks sitting outside.  We might have stayed longer, but thunder and lightning in the distance hastened our departure. 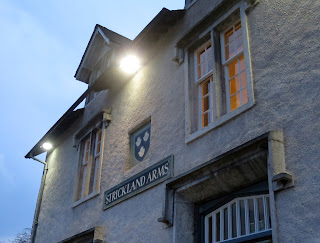 The bad weather stayed in the distance.

No more caravan trips until mid May at the earliest, we are off on a cruise to Norway.
Posted by Our Caravan Blog at 19:36