The Castleton C&MC site used to be one of our favorite sites and we have been trying to book it following its refurbishment without success - it's almost impossible to get into at weekends unless you book months in advance, which we don't like doing.  We only just managed to get in mid week, all that was available was a single serviced pitch which we snapped up.

There are 12 serviced pitches and when we arrived all that was available was one of the not so good ones, so not a great start. 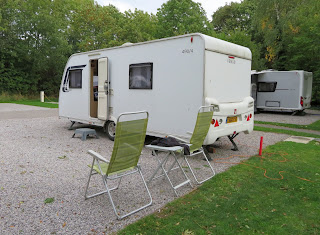 Lots of friendly ducks around, although there is no pond or stream on site... 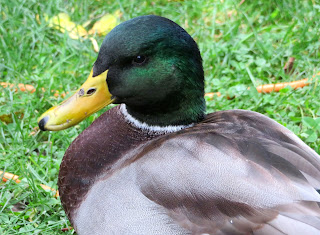 The newly refurbished facilities were excellent, but we don't remember them being that bad before.

What is worse...the sound of other people's music/tv when you are sitting outside trying to relax, or people walking across your pitch?  We were treated to both this trip!  We have noticed a lot of what we would call antisocial behaviour at club sites recently, with people showing no respect for others and just doing what they want.  It seems to be worse on serviced pitches.

For a bit of peace and quiet we headed into Castleton and had drinks in a couple of pubs.  All the pubs in Castleton are excellent and it's hard to pick a favorite, but the Cheshire Cheese probably came out on top this trip.  We had dinner in Ye Olde Nags Head.

A short drive to Hathersage and then a nice walk along Burbage Rocks. 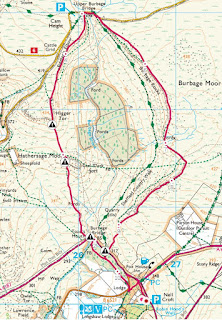 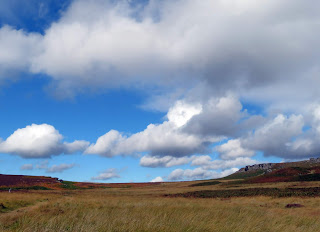 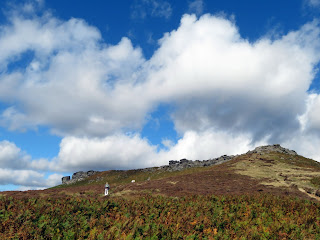 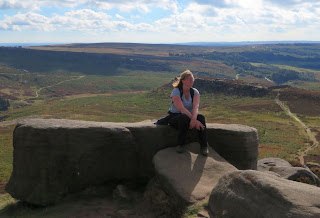 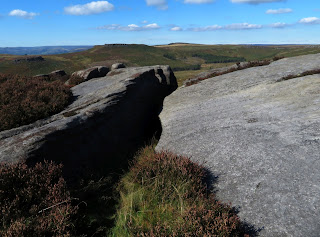 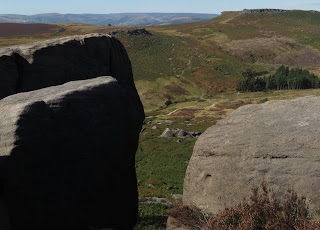 We got back to the site quite early and it was surprisingly quiet, so maybe the moaning earlier in this blog is a bit unjustified.  Sat outside until it got too cold and then had dinner in the caravan.

Later we walked back into the village, which was really quiet, and had more to drink.  We always end up drinking loads in Castleton!  We had a go at a pub quiz in the Peak hotel but the questions were far too hard so we gave up and left half way through.  A bit of googling afterwards revealed that we might have got 1 or 2 out of 20!  Maybe all the locals are geniuses.

Homeward bound, the traffic on the A6 was horrendous but we still managed to get home just after midday.

Ravenglass, Cumbria.
Posted by Our Caravan Blog at 18:51