Our second visit of the year to Castlerigg Hall, our site of choice for the Keswick area.  We keep saying we will try the C&CC site which is almost in the town centre, but we like Castlerigg Hall and don't mind the much longer walk into town.

A traditional Friday start.  We knew what pitch we would be on before we set off, so no nasty surprises on arrival. 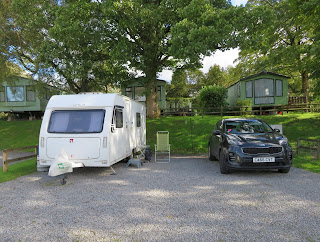 Pitch no. 8, a bit overlooked by statics but we didn't sit outside much because it was too cold!

In the afternoon we walked down the hill into Keswick and had a look around the shops, then dinner in the Dog and Gun - their speciality, Hungarian ghoulash.  A very popular pub, we have failed to get in on several occasions in the past, but we were lucky this time.  We also had a drink in our favorite pub in Keswick, the Wainwright.

We got a taxi back to the site and popped into the Crag bar, which is part of the neighboring Heights hotel.  Very dated, but we like it.

We went for a walk around Buttermere, to Rannerdale Knotts (355 metres) to be precise.  We got there quite late and all the free parking was taken so we had to go to a NT car park, where we got suckered into joining!  We need to park at NT car parks a lot now to get our money's worth out of it! 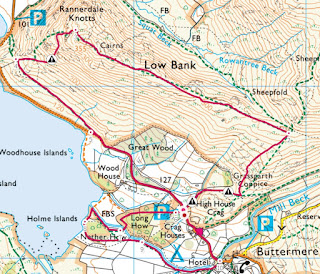 Quite a short walk and not too strenuous, but another Wainwright ticked off. 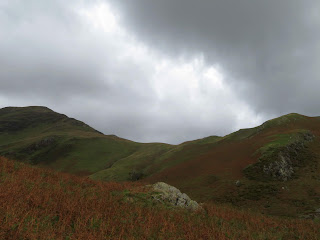 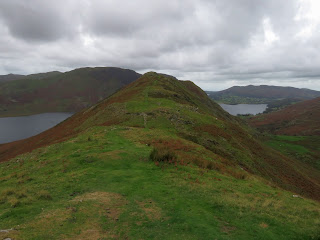 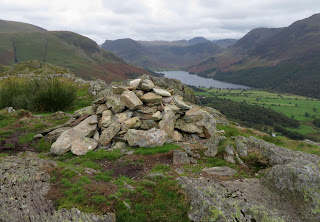 But it brightened up a lot as we headed down from the summit. 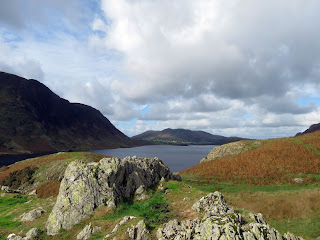 And it was mostly blue skies when we got to the Crummock water shoreline. 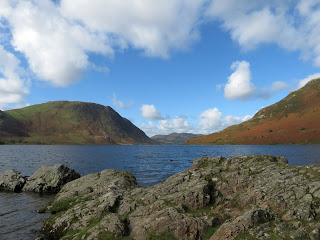 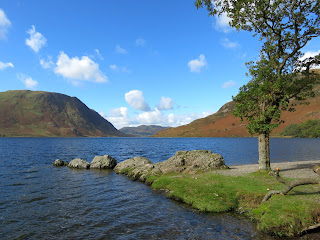 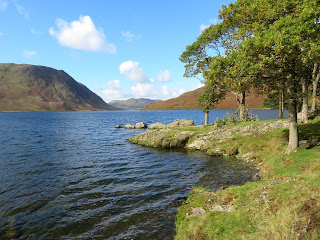 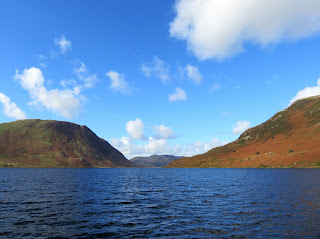 A couple of wildlife pics... 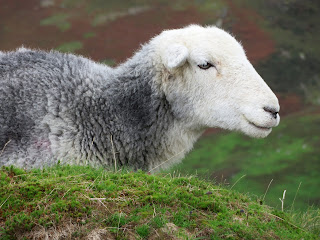 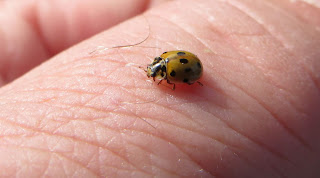 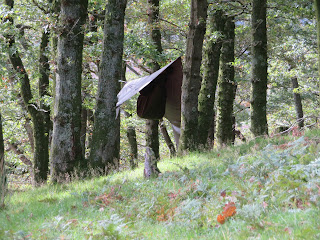 Extreme wild camping...it must have been pretty cold!

In the evening we had veggie dinners in the Crag bar, which got very busy while we were eating.

After a chilly night we awoke to a layer of mist over Derwetwater. 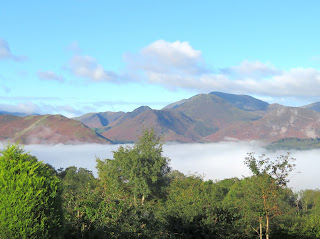 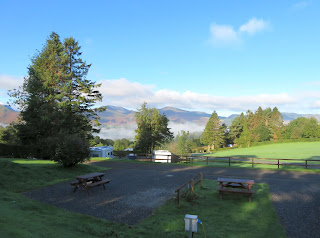 The view from not our pitch!

A couple of days ago the forecast was for rain all day, but it didn't rain at all.  Thinking the weather was going to be bad we had planned a short walk up Whinlatter (525 metres) and we stuck to the plan.  We might have been better off doing something else because the road from Braithwaite was closed and we had to go via Cockermouth!  We got there eventually. 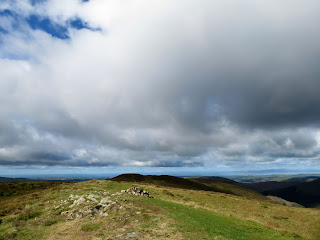 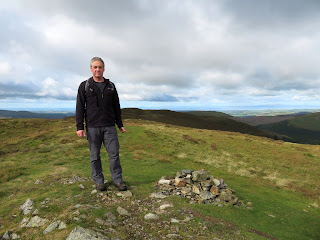 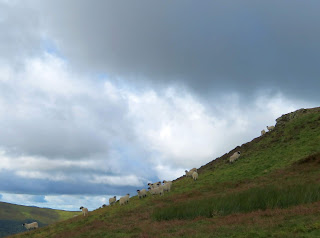 Quite a clear day despite the cloud, we could see as far as Scotland.

In the afternoon we walked down into Keswick and had roast dinners in the Wainwright.  Then we strolled down to the lake for a pretty good sunset.  Phone pics, so not very good quality. 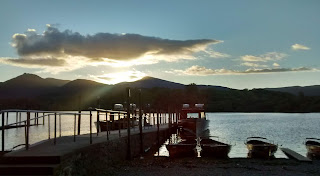 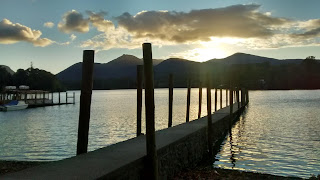 We got the last bus back to the site and proved that it's cheaper to get a taxi, then spent the rest of the night in the caravan.

We got away early and had no trouble on the journey home.

A week off work, so we will go somewhere later in the week but not sure where yet.
Posted by Our Caravan Blog at 18:12