It's pretty much impossible to get in to the Castleton C&MC site at weekends...so we gave up and opted for a Sun/Mon trip instead!

A downside of any trip to Derbyshire, for us, is the journey through Stockport and other suburbs of Manchester, but today there was almost no traffic to contend with.  We arrived just after midday and joined a queue of caravans and motorhomes waiting to get in.  A daily occurrance according to the warden.  This is a very popular site!

The check in process was pretty quick, though, and we managed to get a good pitch overlooking  a field with sheep and lambs in it...and squirrels, who we had to keep chasing away from the bird feeder. 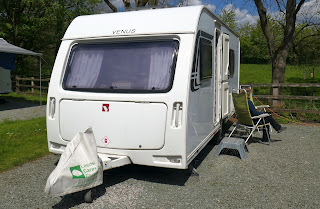 The village of Castleton was packed in the afternoon, but it quietened down a lot later in the day.  After a couple of drinks we had dinner in the caravan...well, pizza and chips sitting outside.  We were kicking ourselves for not bringing the barbecue.

Then we went to the Cheshire Cheese for their weekly pub quiz and bingo and play your cards right...pretty much everything really.  We didn't win anything, but we did get more in the quiz than a team of 10  people so we were pretty pleased with ourselves.

We ended up doing an out and back walk to the summit of Kinder Low, abandoning the original plan of a circular walk taking in Brown Knoll. 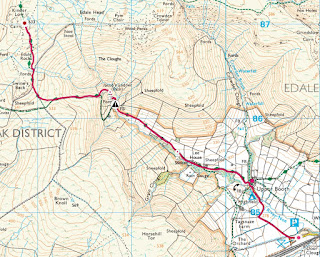 We like the summit of Kinder Low...lots of interesting rock formations and quite atmospheric.  Can't immediately think of a better summit anywhere.  In comparison Brown Knoll looked pretty featureless and an unnecessary diversion on an increasingly hot and sunny day.  Not many pics because we forgot to charge the camera and had to eke out battery life. 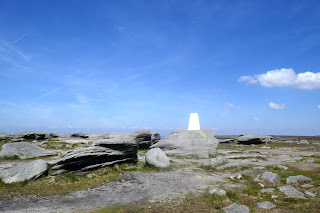 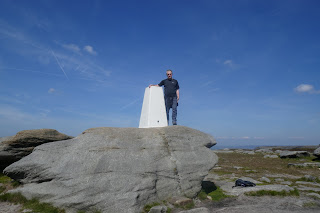 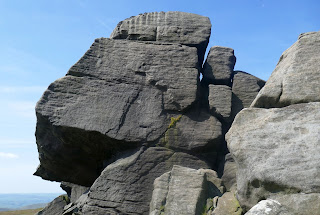 In the afternoon we had another wander around the now much quieter village of Castleton, and had dinner in the George.  This pub is under new management and much improved, we think.  Then more drinks in more pubs.  Far too much drinking this weekend, but that is what always happens when we come here.  Too many nice pubs!  We visited four out of six this time.

We noticed a poster advertising concerts in one of the caverns and booked to see 80's and beyond Liverpool band Half Man Half Biscuit in August.  Of course, the Castleton C&MC site is full (the concert is on a Friday) so we have booked to stay at the one in Buxton instead and drive in.  A concert in a cave...sounds interesting.

Not such a good journey home...lots of weekday traffic.  Annoyingly, the stabilizer has started creaking a lot recently but we are telling ourselves it's just because it is working properly.  Let's hope that is the case.

A three night trip to our favourite site...the C&CC site in Ravenglass.