The C&CC site in Ravenglass never disappoints, so we were looking forward to this three night trip, and a half decent weather forecast was the icing on the cake. 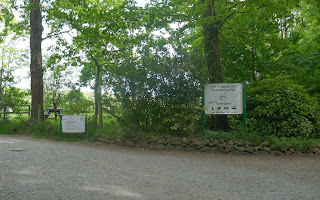 We weren't looking forward to the grueling three hour journey, though, but that's the price you have to pay to get to what is still our favorite site.


Whenever we book this site we ask for one of a range of pitches, much to the wardens amusement, and they didn't let us down this time.  If we were being picky we could moan about the motorhome next to us parked the wrong way around, with its door facing us, but we went in nose first (with the wardens permission) so maybe they were moaning about us too! 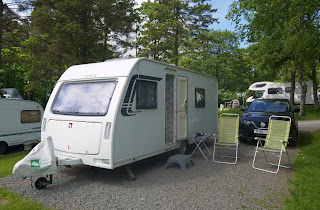 After setting everything up and testing our new dab radio aerial (which was a great success) we strolled into the village and had a drink sitting outside the Inn at Ravenglass, which was surprisingly busy all weekend.  There aren't many better pubs to sit outside on a nice sunny afternoon.

Then we had our first barbecue of the year.

Later we went back in to the village but it had clouded over, so not the best sunset we have ever seen here.  Still pretty good, though.  The pubs in Ravenglass close at 10pm so we didn't stay out late. 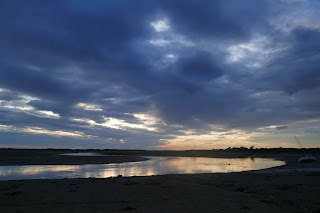 A solo walk for D, to Buckbarrow and Seatallan. 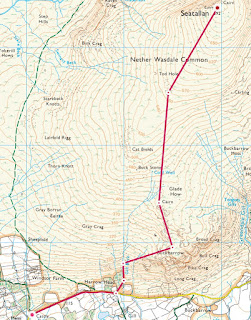 Quite steep to start with and then a long, gently sloping slog from Buckbarrow to Seatallan.  Excellent views of the surrounding fells, although it was cloudy most of the time. 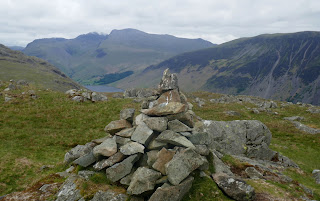 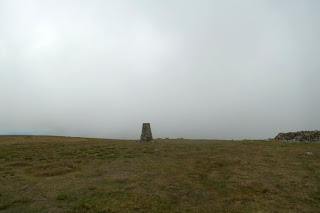 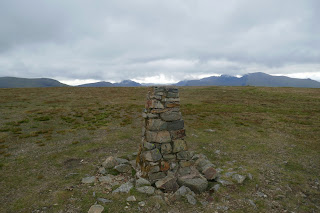 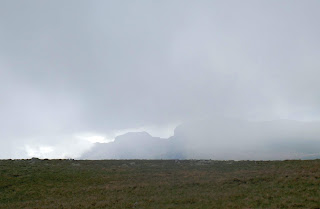 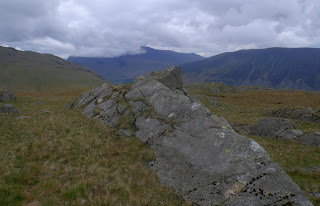 After lunch, we went for a walk along the estuary and more drinks in a couple of pubs.

Dinner in the caravan, then back into the village for a charity pub quiz at the Inn at Ravenglass.  We thought it would be packed but there were only four teams.  We came third.  The man in last place was on his own!  The site wardens won.

No sunset tonight, it was too cloudy again.

A walk on the beach, which turned out to be quite hard on a hot, mostly sunny day.  Well worth the effort, though, and we didn't see a soul. 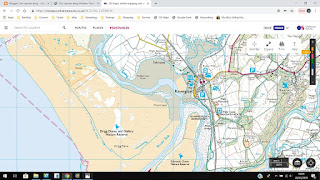 We think Drigg dunes and gullery nature reserve is a really nice place to be. 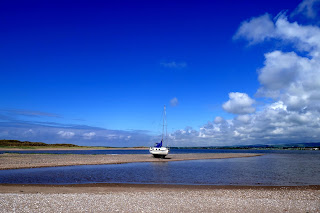 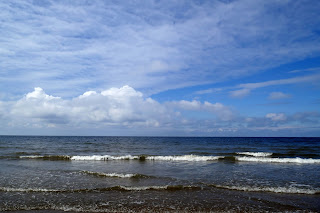 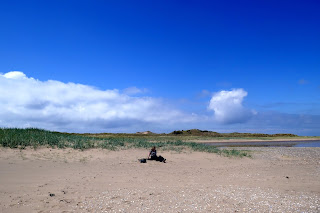 Nice place for a picnic 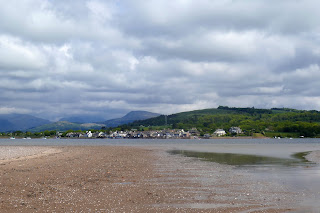 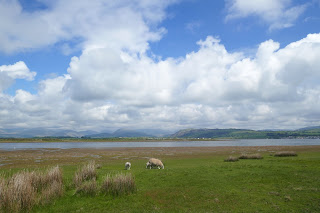 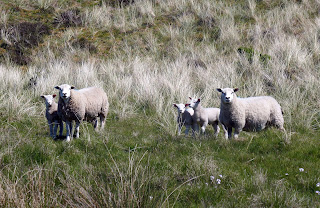 Later we had dinner in the Pennington hotel (because the Ratty Arms was full) and then watched the sunset outside the Inn at Ravenglass.  Again, not a very good sunset because it had clouded over. 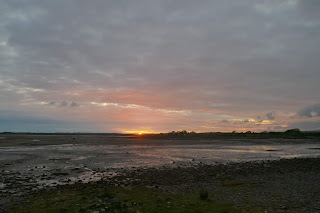 Then we had a visitor... 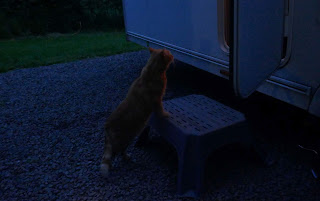 We didn't let her in!  Apparently she is nothing to do with the site and must live in the village somewhere.  Too well groomed and friendly to be a stray.

The long journey home wasn't helped by a bit of traffic near Sizergh, but apart from that it was uneventful and we are up to date with the Archers again.

A really good trip, we'll be back in September or October.

We'll probably stay at home for the bank holiday, then maybe somewhere in Cumbria again.