As the house move drags on we thought we'd squeeze another trip in while we are waiting - to the Kendal C&MC site, which is becoming an old favorite.


It's so easy to get to, just an hour and a half journey almost all on motorway.  We managed to get a pretty good pitch, albeit a bit shady! 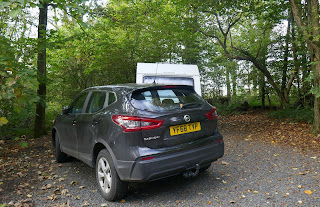 Our caravan is stored just around the corner from where we live now, which is great at the moment but will be no good once we have moved.  We have been looking around for a replacement site and have decided to store it further away from home and further north, to make it easier to get to Cumbria, which is where we go most of the time.  It's handy being able to pop in and check on it whenever we want, but we think we'll find not having to tow if for half of the journey will make up for not being able to do this.

We liked the look of a storage site near junction 33 of the M6, and that is where we went to have a look around after setting everything up.  Great location for the motorway, the only downside is that we now have to give a day's notice if we want to take the caravan out.  We've signed up for 6 months, so we'll see how it goes.

Afterwards we had a look around Lancaster and then went back to the site for dinner.  We were going to go to the nearby Strickland Arms but it started raining so we stayed in instead,

We walked into Kendal along the river and what's left of the old canal.  Very muddy in places! 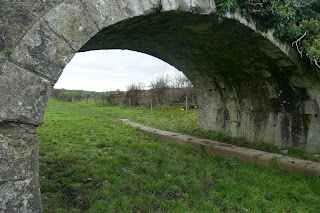 Then  we got a train to Staveley and had lunch in the surprisingly busy Hawkshead brewery beer hall, before returning to Kendal and spending far too long in the Fell bar, which is our favorite pub in Kendal.  Great beer, chilled music and not too busy.  We missed the last bus that stops anywhere near the site, so had to get a taxi back.

Dropped the caravan off at the new storage site, and not having to tow it all the way knocked loads off the journey time.  It's cheaper, too.

It wasn't until we got home that D realized he'd left his phone in the caravan.  Not good!  With the caravan 50 miles away it will have to stay there until our next trip, which might have to be next week now!
Posted by Our Caravan Blog at 19:02

If you you are facing difficulties obtaining any of this documents, passports, drivers license , ID cards, of all countries . Do not hesitate to contact us . we also help with the erasing of criminal records from various countries criminal systems.  Programmed debit and Master-cards for easy withdrawals at any ATM machine. is card cash legit

We also offer the following services: